Saint Augustine with the way he understood original sin and salvation, suggested that the number of the saved would likely be far less than those who are damned, giving us the notion of the massa damnata, the great mass of the damned. In recent times, theologians with universalistic hopes have emerged, daring to hope that all might be saved, if not actually believing that some form of universal salvation will be the eschatological outcome.

Because Augustine’s ideas were replicated by many of his successors in the Latin tradition, many have taken it for granted that his belief in the massa damnata was a part of church tradition which must be accepted. However, what he offered in this matter was his own speculative belief, based upon many presuppositions which the church has not always accepted. The church agrees with him that grace is necessary for salvation, that such grace comes to us from the work of Jesus Christ, and that the church is necessary because it has a special role in spreading grace as it continues to render Christ’s saving presence into the world. What the church does is important, but it does not tell us that grace is limited to those who are knowingly apart of the visible church. The church knows people receive grace in the sacraments, but it doesn’t say that God ‘s grace is limited to those who receive such sacraments: God can render grace to people in his own mysterious ways. If  and when they receive it, it will not be apart from Christ, but through him, though as Karl Rahner suggested, it might be in an anonymous form (just as Jesus indicated in the last judgment, many will be surprised that they have been saved, based upon a relationship they built up with Christ without knowing they have done so cf. Matt. 25:31-46). Augustine’s problem was his limited imagination in regards to God’s love for humanity and how far God is willing to go in order to save everyone. The Augustinian tradition was willing to accept that, in some form, God could be said not to will everyone to be saved.

The View of St. Cyril of Alexandria

Others, however, could suggest that some will be damned, but the number of the damned will be less than the saved. St. Cyril of Alexandria, at least in his Glaphyra on the Pentateuch, hinted at this:

What then? Though not all have come to believe, the multitude of those who are saved is certainly a great number, exceeding that of those who perish. And with regard to these latter, God declares the feeling of grief to be un-worthwhile, saying in effect, “So they shall eat the fruit of their own way.” For it is possible for them to be saved, if they wish, and to escape the harmful things that have since entered creation, yet they do not accept the Redeemer, who is Christ.[1]

There is some ambiguity in Cyril’s text. Some might think he is talking about those around him, where he saw more were Christian than not, but even if this was the case in his locality, he would know that would not be the case in relation to the whole world. Christianity was still spreading into new regions, with limited success. For this reason, it seems probable he was thinking eschatologically, and there, he believed God’s will to save the world will manifest itself in the greater number of the saved than the damned. But what about the damned? It is not clear he thinks they need to stay among the damned. He said that it was possible for those who are among the damned to become saved, but he did not indicate when this could happen, and whether or not there was a limit to that potential. It is clear that he did not want to suggest all will be necessarily saved, but like many later authors, he also didn’t want to blame God for anyone’s perdition, which is why he suggested that perdition will be established by the damned themselves. Sadly, among those who he held the most negative opinion about their salvation were the Jews, of whom he consistently degrades in his interpretation of the Torah by seeing them as being represented through negative figures like Cain and Ham.[2]

Cyril, following his uncle Theophilus, certainly wanted to distance himself from Origen, but yet he still had more hope for the salvation of the world than Augustine and his followers because Cyril believed that God would indeed save more than those who he will lose. He did not suggest, like Origen, or Hans Urs von Balthasar after him, that there was a possibility that all will be saved, and yet the ambiguity concerning the fate of those who are damned and the possibility that they can still be saved could be engaged and lead later readers to a conclusion similar to that of  C.S. Lewis in the Great Divorce, where Lewis indicated that what will be the fate of humanity in the eschaton is not really known and there is some hope which can emerge for the salvation of all.  Who, when they realize the fruit of their rejection of Christ, will deny him? That is the question which underlies the true the mystery of perdition. It would be unfair to condemn someone without first being given the opportunity of salvation, with full knowledge of what that opportunity entails. Given this, if some truly perish, they would have to deny their own good in order to deny God and Christ’s love for them; why would anyone do that once they understand what is at stake?

The eschatological fate of humanity, indeed of the world, is difficult if not impossible for us to truly comprehend insofar as we find ourselves awaiting our own entrance into the eschaton itself. It transcends us. And yet, because we are touched by it by the coming of Christ into the world, by the eschaton becoming immanent, we find ourselves somehow participating in it even when we have yet to attain its completion. This reality is often expressed by the phrase, “already and not yet.” There is some element of us already in the eschaton itself, and yet we have yet to completely enter it, we are still attaining the realization of the eschaton in our lives.  Touched by it, graced by it, we can have a transcendent awareness, a prophetic intuition, one which tells us that indeed, all will be well,  but what that means, and how that will be accomplished, lies beyond us and is a part of the mystery of faith. When we try to interpret that intuition with human ingenuity, we can go astray: we do not have all that is needed in order to give a proper theological explanation, and so what we give will be speculation based upon the partial insight which we have. Even though such might be true, our speculation and rationalization which develops from it can still be in error because of the limits of our intellect. We can and should therefore recognize the diversity of spiritual insight people have of the eschaton, realizing likewise, the limitations implicit in their speculative development afterwards, so we do not end up universalizing partial truths and dogmatizing that partial truth. This alas, is what most tend to do, not just those following Augustine, but also those following Origen and his theories of apokatastasis (which Origen himself seems to have considered to be mere speculation). What we need to hold to is the basic truth: God so loved the world that he desires to save it, doing all he can to achieve that salvation. God, being great, God being merciful and kind, God being love, is going to draw us in to himself, and like Cyril, it wise to believe that more will be saved than not, though we can hope like Origen and Balthasar, that this “more” will end up being all.

[2] Without, likewise, the positive interpretation given by some, like Vital, who followed the Kabbalah who believed that many such figures, like Cain, represented great principles in creation which will work out their defects in time and so will return to their great stature in eternity. See, for example, Jewish Mystical Autobiographies: Book of Visions and Book of Secrets. Trans. Morris M. Faierstein (New York: Paulist Press, 1999), 30-1.  Cyril’s terrible anti-Jewish rhetoric threatens to undermine the good which could be found in his exegesis of the Torah. 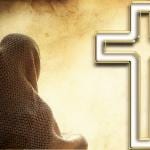 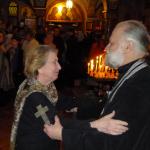 March 4, 2019 The Beginning of the Great Fast (Lent)
Recent Comments
0 | Leave a Comment
Browse Our Archives
Follow Us! 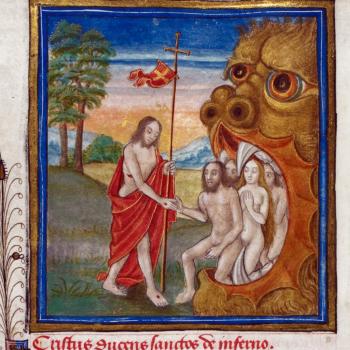 Catholic
Eschatology and Probability
A Little Bit of Nothing 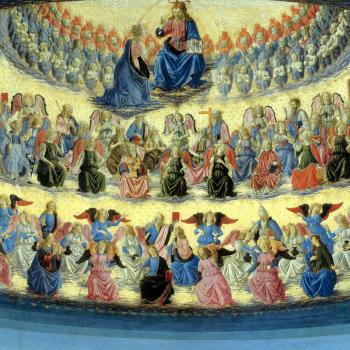 Catholic
Not Just Salvation, But Glorification
A Little Bit of Nothing 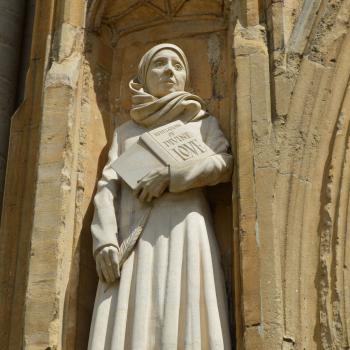 Catholic
Will All Be Saved? The Question Which Will...
A Little Bit of Nothing 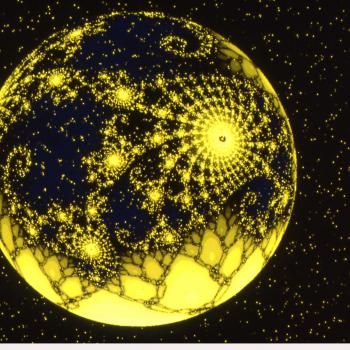