The Eschaton In Time 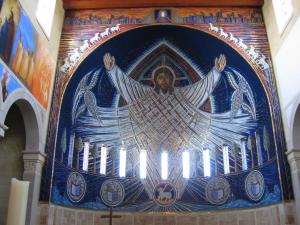 Christians in the first century lived with the expectation that the end of the world was to come within their lifetime. In a way, they were correct: the eschaton became immanent in the world through the incarnation of the Logos. One way to interpret the book of the Apocalypse is to see how it relates to the life, death, and resurrection of Jesus. The kingdom of God was making itself present to the world.  Thinking that time itself would soon come to an end, many Christians lived their lives in pursuit of heaven while ignoring the things of the earth. St. Paul encouraged Christians not to marry and have children if they were not yet married for this very reason (cf. 1. Cor. 7:25-29).

It should not be surprising that as time continued to go on, and the world did not end, Christians had to reorient themselves. They begun to expect the coming of Christ in the future, and so, they begun to think as if they had to live in the world for centuries to come. They slowly found themselves tied to and corrupted by the world. They were no longer acting as the salt of the earth which helps transform the earth for the sake of Christ. They had become complacent. Life for them soon became the same thing as it was for non-Christians: their religious observance prepared them for the afterlife, with the hope that grace would overcome their negligence. To be sure, this was not the view the church wanted to promote, and reformers, especially saints, would encourage Christians not to take their life for granted but rather to find a way to incarnate the eschaton into their own lives and to live their lives in imitation of Christ.

Christians need to realize that the ongoing presence of Christ in the world, in the various ways that presence takes, is the ongoing presence of the eschaton in the world, taking what is in the world and rendering it over to God in order to be transformed by God. A Christian’s life must be one which is touched by the eschaton. We must not, like the early Christians, mistake the meaning of the eschaton being immanent with u: we must not expect an immediate end to the world at large. Rather, we must understand time constantly flows towards the end which has come to it. In Jesus, the temporal existence joins with eternity; in Jesus, time constantly flows over into eternity. This is because Jesus is the Alpha and the Omega, the beginning and the end. Each moment, each second of time finds time meeting the end and rendering itself over to Jesus, to the eschaton, who then reconfigures what has been brought to him and gives it its proper place in the eschatological kingdom of God. Every second is in this respect connected to and tied to the end, but then every second is also a new beginning, and time continues to flow in creation even as it renders itself over to the kingdom of God.

What does this mean for us? We should be ever ready, ever diligent for the end. For the ending is not just some final point of existence which will come in the far future, even though there will be an end to the temporal creation (which even many scientists acknowledge), for the ending is with us right now. St. John the Baptist pointed the way: the time is now, it Is always now for us; we must repent and recognize the kingdom of God is right before us (cf. Mk. 1:15). Jesus, likewise, continued that message once John was arrested (cf. Matt 4:12-17).

Now when he heard that John had been arrested, he withdrew into Galilee; and leaving Nazareth he went and dwelt in Capernaum by the sea, in the territory of Zebulun and Naphtali, that what was spoken by the prophet Isaiah might be fulfilled:

“The land of Zebulun and the land of Naphtali, toward the sea, across the Jordan, Galilee of the Gentiles — the people who sat in darkness have seen a great light, and for those who sat in the region and shadow of death light has dawned.”
From that time Jesus began to preach, saying, “Repent, for the kingdom of heaven is at hand.” (Matt.  4:12-17 RSV).

Christians must live their lives with the recognition that the eschaton has become immanent means that we are to be drawn into the eschaton. Joined in with the eschaton, Christians should continue to present Christ’s eschatological work in the world, seeking to transform it for the better. Christians are not called to ignore the world and let it burn: they are called to have it transfigured in Christ, to love the world as Christ loved the world, seeking to preserve it with the same loving devotion Christ showed to it. The world and all that is within it was a part of Christ’s ministry: he sanctified waters, he retreated into the desert to turn it into a city of prayer, he allowed his body and blood to be planted into the ground in order to turn the earth into a sacred chalice which is to hold the glory of God within it.[1]

The end has come, even as the end continues to come to the earth. We are not to be complacent. Everything should be seen in the light of the eschaton becoming immanent, in the light of the life, death and resurrection of Jesus Christ. We know he will come again in his body to judge the living and the dead, but he is still here with us, even unto the end of the age because he is the end of the ages. He is with us, and has brought the glory of God with him. When we turn to the world and what is within it without the eschatological vision and the glory which has come to it, we turn it into dead matter; when we see the glory of God, the world and all that is within it is resurrected and raised up to Christ.

Christians must not repeat the mistake of the early Christians. They misunderstood the implications of the eschaton. They thought they could and should abandon the earth because they thought the earth itself was worthless. To be sure, in the relative sense of things, the earth is less than the glory of heaven, but it is not worthless. God became man, took on flesh, and indeed, joined himself with matter itself. It was not meant to be ignored or left to be destroyed. Christians should not seek to make the end of time happen by destroying the world around them, nor by ignoring the problems which the earth faces as a result of human sin. The world is meant to be joined together with heaven, to have God’s will be done on earth as it is in heaven. The earth matters, and so Christians must take care to realize their place in the world is as eschatological priests working to better the world through God’s grace.

[IMG=Church of the Transfiguration at the Community of Jesus [ Creative Commons Attribution 3.0] via wikipedia] 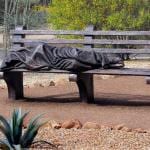 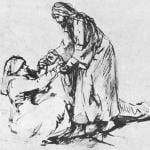 February 5, 2019 Social Justice and the Gospel
Recent Comments
0 | Leave a Comment
Browse Our Archives
Related posts from A Little Bit of Nothing 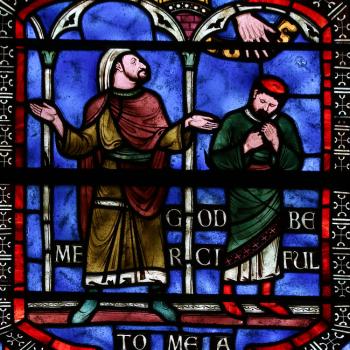 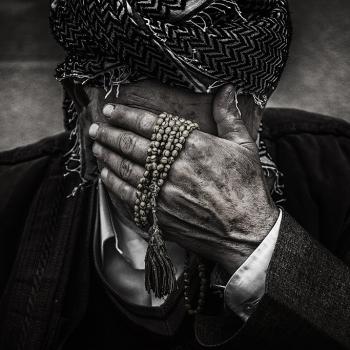 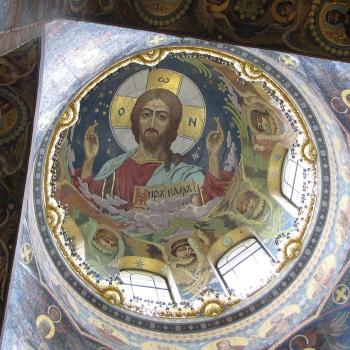 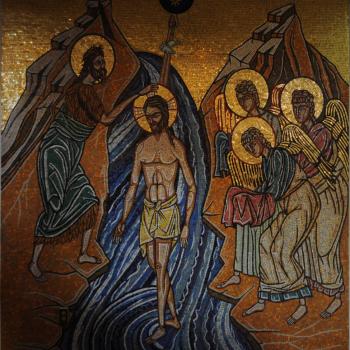 Catholic
Jesus, The Begotten Son Of God
A Little Bit of Nothing
TRENDING AT PATHEOS Catholic