Suffering Is Not The Point

An athlete, taking great lengths to sharpen their skills, will discipline themselves to make sure their body and skills develop in the way needed for their sport. The time and attention which this takes is tremendous, but it is rarely without sacrifice, rarely without some sort of pain or discomfort as being a part of the process. “No pain, no gain,” as the slogan goes. The pain and suffering, the sacrifices which are made, are made because they are a means by which a desired goal can be attained; if other means were possible without such sacrifice, without such pain, without such intense discipline, who would not take it?

A cancer patient will go through an intense medicinal regimen, sometimes involving surgery, sometimes involving radiation, and sometimes (if not most times) involving some form of chemotherapy. They will go through a lot of suffering. It is hard on their body, and most of the time, on their psyche. It is difficult to go through. They will find themselves not only in much pain, but greatly fatigued before they get better. But the potential benefit, that of having their life saved, makes it worth it. If there were another way, an easy way, to cure the cancer, who would not choose it?

A mother watches as a tragedy overtakes her child:  as it was skating on an icy lake, she watches in horror as the ice breaks apart and the child fall under the lake. Without concern for her own life or her own well-being, she goes after her loved one, rushing into the water, to save it. She does not consider the dangers she faces, all she considers is her child, getting to her child before it dies in the icy lake. She is willing to suffer hypothermia, to share in the dangers of her child, without knowing if she will be successful or not. The hope is there. The desired end is there. That is all that matters, and if she suffers any physical harm in the process, it does not matter to her. The life of her child is her chief concern. If there were another way, one which would be faster, and more assuredly save her child, and she knew it, of course she would take it: but, as it stands, she does what she knows to do, and when she saves her child, she will be happy that she did, even if she suffers as a consequence for her actions.

Suffering is not something which we desire. Just because some legitimate end might require us to go through some struggles which include some sort of pain or suffering does not mean all suffering will bring about such good. We should not go out looking to make ourselves suffer, thinking that if some forms of suffering result in some sort of good it means we will always gain something good when we embrace suffering in and of itself. Rather, we must be wise, and act in prudence, looking for ways to attain our goals with the best means possible. If we can attain them without great struggle, without embracing some sort of pain or sorrow, we should.

Why is it, then, that some people do not understand this in regards the spiritual life? Why do some people misunderstand pain and suffering, turning them into ends in and of themselves instead of accidental relations to some justly desired end? Why do they needlessly make themselves suffer, thinking if they suffer in one fashion or another, no matter the kind of suffering they experience, it will do them some good? It is because the relationship between suffering and the ends which they desire has not been properly explained to them. Often, this comes from a misreading of Scripture, where suffering is phenomenologically presented as being experienced while pursuing some good goal.  For example, Paul talks about his rejoicing in the sufferings he was experiencing:

More than that, we rejoice in our sufferings, knowing that suffering produces endurance, and endurance produces character, and character produces hope,  and hope does not disappoint us, because God’s love has been poured into our hearts through the Holy Spirit who has been given to us (Rom. 5:3-5 RSV).

Nonetheless, Paul can be shown to understand this in relation to the sufferings athletes experience as they discipline their bodies:

Do you not know that in a race all the runners compete, but only one receives the prize? So run that you may obtain it.  Every athlete exercises self-control in all things. They do it to receive a perishable wreath, but we an imperishable. Well, I do not run aimlessly, I do not box as one beating the air; but I pommel my body and subdue it, lest after preaching to others I myself should be disqualified (1Cor. 9:24 -27 RSV).

Sometimes, we will suffer as we take on the burdens of others. Sometimes we will suffer as we try to change our own habits, such as when we try to fight off some sort of addiction. Such suffering shows us that something is happening with us, and we can rejoice in that fact, but we must not misconstrue that to mean suffering itself is what should be praised. We should only praise that we can discern the change is happening, that things are being made better, so that eventually we will not have to face such suffering. Truly, Paul rejoiced in his sufferings, not because he liked suffering, but because he saw his suffering was connected with a greater goal being achieved. Paul should not be seen as presenting suffering as a good: if he were, then should not heaven be filled with suffering, and should not Jesus and the apostles, when encounters others with unbearable maladies, leave them be without healing them?

It is not suffering which is good, it is the discipline, the transformation which goes on which is good. Just as many people who become infected by some disease will suffer various ill effects while their body fights off the foreign contagion, so spiritual healing will sometimes include such suffering as a side-effect as we find ourselves fighting off the contagion of sin. But this does not mean we can then just indiscriminately discipline ourselves, make ourselves suffer, and think we can make the transformation happen: that is not how it works.

“God, then, truly became man and gave our nature the new beginning of a second birth, which through pain ends in the pleasure of the life to come.”[1] Pain and suffering shall come to an end. It is not to be desired. It is not a part of God’s desired end for us. Sin brought it into our lives, as sin corrupted us and our nature and the world around us. God became man to take on the nature of sin, to overcome it, to heal us from it, so that the pain and suffering which it brings will come to an end. We must remember this: God does not want us to suffer, rather, he wants us to experience beatitude, where pain and suffering and all things which lead to sorrow will be no more. The point of the Christian life is not to beat ourselves up: though some extreme ascetics might have made this look like the point, the reality is that such extremes do no good, and indeed, can often lead to spiritual as well as physical harm, as the person is turned away from the actual good of God’s grace. It is possible discipline is needed, but it needs to be justly and properly executed, with prudence, to make sure the desired goal is attained: what good is it to cut off a foot because it has athlete’s foot? What good is it to engage an extreme fast so that through it, one’s own organs begin to shut down?

We must keep in mind our goal. What is it we seek? Beatitude. We will suffer in life. There are many reasons why we will suffer it. We might have to accept such suffering, acknowledging that it sometimes is there with us as we grow and become better. But suffering is not the point. It should never be the point. It should never be turned into a goal, nor seen as a good in and of itself. It is not. It is the result of some evil, some corruption of nature, even when it is accidentally associated with justifiable means which lead to a good end. We can appreciate heroic people doing great things in the world, and in doing so acknowledge the pain and suffering they went through to get there, but we must not assume that we must be like them, to suffer similar to them, as we find ourselves living different lives, with different needs and different ends meant for us. This is why the church told Christians they must not seek to be martyrs, causing problems in order to suffer a martyr’s death. The church understood the holiness of the martyrs was found in their will.

We must seek the good life, the happy life; if we must endure suffering in the process, then we shall endure it as we can, but if we can find a way out of such suffering, if it becomes unnecessary, who in their right mind will continue to suffer needlessly? Only those who have mistaken the meaning of pain and suffering; this is why it is vital we remember such pain and suffering demonstrates something is wrong, and so is not to be embraced.  No pain, no gain might be correct in some situations. But there is much which we can and do gain without it, and indeed, in the end, we will find ourselves gaining in the grace of Christ, where in eternity we will forever be gaining from our relationship with him without any further pain of our own. 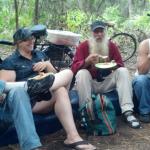 June 12, 2019
We Must Help The Poor Now Or Face The Repercussions of Our Injustices In the Future
Next Post 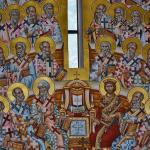 June 16, 2019 We Need To Actualize Our Potential To Be Saints: A Reflection For The Sunday of All Saints
Recent Comments
0 | Leave a Comment
Browse Our Archives
Follow Us!

Catholic
Demoniacs
A Little Bit of Nothing