Defenders of the death penalty usually employ one or two distinct strategies in their apologetics, sometimes separately, sometimes together. The first is to promote capital punishment as “retributive justice,” and the second is to suggest the death penalty should be used as it acts as a kind of “self-defense” for society.

Repay no one evil for evil, but take thought for what is noble in the sight of all. If possible, so far as it depends upon you, live peaceably with all. Beloved, never avenge yourselves, but leave it to the wrath of God; for it is written, “Vengeance is mine, I will repay, says the Lord.”  No, “if your enemy is hungry, feed him; if he is thirsty, give him drink; for by so doing you will heap burning coals upon his head.”  Do not be overcome by evil, but overcome evil with good (Rom. 12: 17-21 RSV).

Interestingly enough, Paul referenced Deuteronomy 32:35 in his rejection of retributive justice; this shows us that the Christian ethic is not other than the one intended in, and so comes out of, the Torah itself.  Jesus, Paul, and subsequent Christian commentaries developed what was implicit in the Torah. It is true, the Mosaic laws might have allowed for capital punishment, but like animal sacrifices, this was never the intent or desire of God. “For I have no pleasure in the death of any one, says the Lord GOD; so turn, and live” (Ezek. 18:32 RSV). Rather, God condescended to meet the people of Israel where they were at in their knowledge and understanding, and directed them away from the path of death and destruction by having them slowly embrace the path of true justice found in his mercy and grace.[1]

While some apologists for capital punishment might concede Christians cannot accept it on retributive grounds (though many will continue to push for it, despite the long Christian moral reflection against such a notion), they think their strongest answer lies in the notion that it serves as a kind of self-defense for the community, both because they say it stops criminals from continuing in their criminal activities, but also because they think it acts as a deterrent.

Considering the notion of deterrence, reality, shows it does not truly act as a deterrent. Study after study says the same thing. This should not be surprising to readers of Vladimir Solovyov, who, in the 19th century, examined the evidence and said the same thing: executing people does not stop or lessen crime. Indeed, Solovyov thought that it could even encourage violent crime, as the state justifies the act of violence in its executions.

This comes from a poor reading of the church’s stand on self-defense and on just war theory.  In both instances, not only must the cause be just (and retributive justice is not just), killing or war must always be the last resort, it must be done as a secondary effect of some other primary purpose (in other words, it is an issue of double-effect).[2] When war is declared, and it appears that the war is just, that does not instantly make any killing by those on the side of justice justified: they still have to follow basic moral principles (Jus in Bello), seeking not to kill if the opportunity arises to stop the enemy without such violence. This is why those who are held as prisoners of war, as well as civilians, cannot be executed. For prisoners of war, although they are soldiers, since they have been taken out of the combat, their threat has been neutralized. Likewise, with self-defense (and it must be noted, Augustine and others did not approve of non-authorities using violence in self-defense), the point must be defensive, the reaction proportional, and if the threat is contained, the violence must be stopped (killing someone after they are no longer a threat cannot be justified as an act of self-defense).

Just war theory (and with it, any theories of justified self-defense) does not accept preemptive strikes as being just. We don’t attack someone because we think we might be attacked if we do not. We have to have a clear and present danger, one which cannot be stopped by any other means; if other means have not been exhausted, or the danger is not immediate, then any act of war is an act of aggression, and so is unjustified (which is why Bishop Botean condemned the Iraq War). Similarly, it is not self-defense when we attack someone for what they might do in the future. Just war, and self-defense, must always be the last resort; this means we must have a real, immediate threat (and not some virtual threat). When those who propose to use the death penalty as a kind of “self-defense,” they are falling for the same kind of error which promotes preemptive strikes: it justifies aggression based upon virtual possibilities instead of reality. Once this argument is accepted, then all aggression, all killing quickly becomes “just” as all killing would just be seen as “preemptive” forms of self-defense.

Christians must follow the hard path of love, and with it, accept that moral responsibility might leave them vulnerable. But such vulnerability is what is capable of transforming the situation and creating true peace and safety: the more society rejects all premises which support of aggression, the more people will move away from aggression and seek other remedies for their needs. Christian history shows this with the martyrs: Christians changed the hearts of Rome, not because they became a powerful military force that overwhelmed Rome, but because they embraced their vulnerability. If they had fought back, if they had embraced the path of violence, and started taking out Roman soldiers in guerrilla wars, Christians would have gained no sympathy from the Roman people but only their hatred, and world history would have been much different.

Self-defense arguments for capital punishment are unacceptable. Once a criminal is contained, just as a prisoner of war is contained, just as a threat has been neutralized, the dignity of human life must take precedence. Fearing what a prisoner could do in the future and using that to justify an execution only demonstrates a fundamental rejection of what the dignity of life entails. If there is some fear that a threat will not be properly contained, the solution is to work on the containment.  If a criminal finds a way to circumvent their containment, then deal with the situation in as just a manner as possible Until then, the solution will be to improve the containment, make it as strong as possible. There will never be the need for state-sponsored executions of criminals because there will always be ways to deal with them other than giving in to the path of death.  If there comes a time in which an act of self-defense becomes necessary, and through such actions, the death of a criminal in custody becomes an unwilled consequence of actions used to contain them (using the best, most proportional means to do so) that is not the same thing as the death penalty because it is an unintentional side-effect of the actions necessary to contain the situation: but when direct, intentional killing is done, and done by the state, the end result is a rejection of the dignity of life and an acceptance of the premises which all murderers hold. If that is the case, how can one say murderers are unjust?

[1] God’s reaction to the murder of Abel, where God forbade the execution of Cain, represents in full God’s desire to save the wicked instead of to have them destroyed.

[2] And, even if the killing ends up being “justified,” this does not make it good. It remains an evil. Historically, the church required soldiers who killed in war to undergo penance for what they have done, whether or not the war was justified, because it understood all killing to be evil. 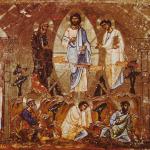 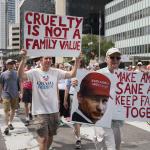 August 9, 2019 Those Who Support Justice Must Triple Their Efforts To Resist Trump And His Cruelty
Recent Comments
0 | Leave a Comment
Browse Our Archives
Follow Us!

If You Shame A Sex Worker...
Steel Magnificat
Related posts from A Little Bit of Nothing 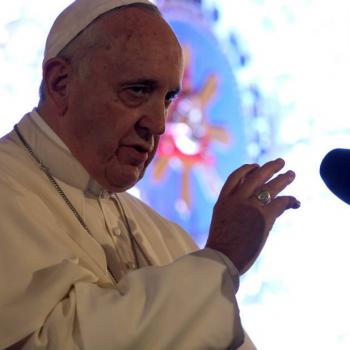 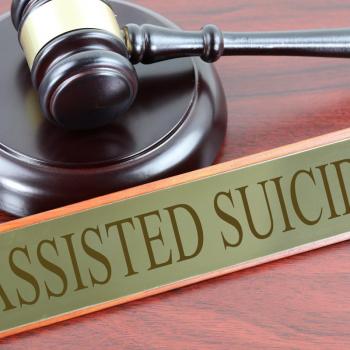 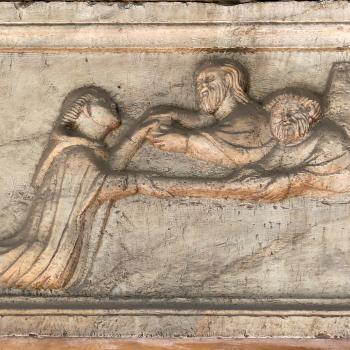 Catholic
What is Preeminent?
A Little Bit of Nothing 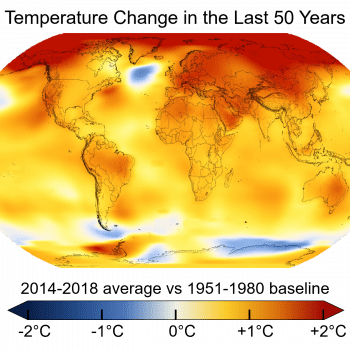 Catholic
The World Must Face the Reality Of Climate...
A Little Bit of Nothing
TRENDING AT PATHEOS Catholic