Many of Trump’s policies, and the actions undertaken to enforce his policies, are cruel. There is no way getting around it. And cruelty seems to be the point. From all appearances, he does not care about the people he hurts so long as it gives him more power (or money). The crueler he is, the more power he seems to possess, the happier he is. Certainly, inspired by his base, and his own background, the cruelty is directed towards those he thinks are powerless to resist him, such as foreigners and the poor. Mexicans, African Americans, and Arabs are all potential victims of his actions.  Through executive orders and the Department of Justice, Trump is creating a hostile situation for many Americans and would-be-Americans alike. For those who would say that Trump is President, and so what he says is law and should be accepted, they would be like those false prophets who proclaimed peace to the kings of Israel instead of the prophets who warned the kings that they shall face the consequences of their actions:

Woe to those who decree iniquitous decrees, and the writers who keep writing oppression, to turn aside the needy from justice and to rob the poor of my people of their right, that widows may be their spoil, and that they may make the fatherless their prey!  (Isa. 10:1-2 RSV).

Those who are kind and generous will be rewarded, while those who are cruel, will have their cruelty rebound upon them and cause them harm, if not during their temporal life, then in the afterlife. This is why, even if it seems that evil prospers, Scripture reminds us that “A man who is kind benefits himself, but a cruel man hurts himself” (Prov. 11:27 RSV). Those who are cruel hurt themselves because they establish the means by which they will be judged.

The poor, the needy, the foreigner all are among those who God has specifically established as deserving our kindness and aid:

Thus says the LORD of hosts, Render true judgments, show kindness and mercy each to his brother,  do not oppress the widow, the fatherless, the sojourner, or the poor; and let none of you devise evil against his brother in your heart  (Zech. 7:9-10 RSV).

Christians, seeing the harm done to those who are in need, if not the outright cruelty done to those Trump seems to despise, should follow with the Psalmist and say, “May he [God-HK] defend the cause of the poor of the people, give deliverance to the needy, and crush the oppressor!” (Ps. 72:4 RSV).

Many migrants are dying as a result of Trump’s policies. A Chaldean Catholic man, who came to the United States in his youth, was deported, sent back to Iraq. He was a diabetic who could not speak with other Iraqis: as a result, he died, in part because he could not get the insulin he needed to treat his diabetes. Instead of protecting him and helping to make sure he could survive, the Trump administration failed him, leading him to his unjustified death.

May God defend the cause of the migrants.

May God defend the cause of the children who suffer as a result of ICE raids. We must not look away: we must look to the poor innocent children suffering at the hands of Trump’s policies.

May God defend the cause of the poor who have lost health insurance, or those who foolishly take on junk insurance policies that Trump has approved, not realizing such insurance will do little if nothing for them when in need.

May God defend the cause of those whom Trump encourages disrespect and abuse.

Even though it is prophetic to speak out against Trump’s actions and warn his followers of what is to come, it really does not take a prophet to foresee what will happen to the United States, and the rest of the world, if the madness of Trump is not stopped. Sadly, his supporters are unwilling to listen. They do not care, even if they are the ones who are hurt from his policies.

Things are not getting better. Since Trump is doubling down on his cruelty, those who seek goodness and justice must triple their efforts to resist him, not only to stop him from further harming the future of humanity, but to repair the damage which has already been done. If Trump escalates his cruelty, his resisters must escalate their response, lest the damage which has been done ends up be little in comparison to the damage which he does in the future. His instability, his lack of empathy, threaten the welfare of the world. It has long been time for the people of the United States to see the danger which is Donald Trump. It has long been past time for the people of the United States to come together and finally deal with the existential threat which lies before them and the rest of the world. We will be remembered and judged for what we do. Will we stand with Trump and his belligerence, ignoring the dictates of justice and mercy, or will we stand with goodness and truth, seeking to overcome the harm which Trump has brought to the world?

“He has showed you, O man, what is good; and what does the LORD require of you but to do justice, and to love kindness, and to walk humbly with your God?” (Mic. 6:8 RSV). Justice is not had in the following of unjust decrees and cruel actions. It is found in the promotion of the common good. If Trump will not support the common good, we must not, indeed, we cannot support him. If we do, we will find ourselves joining with him in the judgment which is to come. 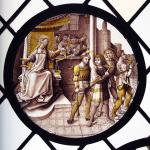 August 8, 2019
The Death Penalty Cannot Be Justified Through Retributive Justice Or Self-Defense
Next Post 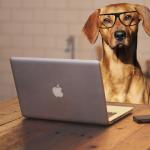 August 12, 2019 Christians Need To Accept What Science Teaches Us About Animals
Recent Comments
0 | Leave a Comment
Browse Our Archives
Follow Us! 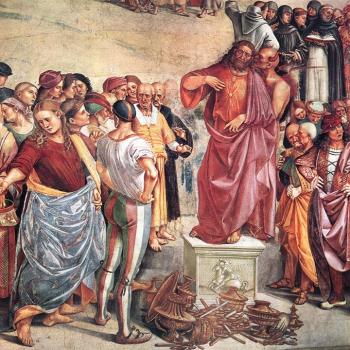