Anti-Popes, Anti-Traditionalism, and the Current Attacks on Pope Francis

The very nature of an anti-Pope is duplicitous, because, on the one hand, it is founded upon the principles of the papacy and the acceptance of the authority of the Pope of Rome, but on the other hand, it usurps that authority and in doing so ultimately denies it by rejecting its legitimate possessor. It is, in this way, a fit representation of many so-called “traditionalists,” because they claim to follow and support the authority of the Pope (because of tradition), while in reality they reject that authority and subsume it to their own private theological interpretation, demanding the Pope to adhere to their ideologies instead of accepting the Pope as the proper interpreter of tradition.

An anti-Pope does not have to be one who presumes authority for themselves, because all it takes for someone to be an anti-Pope is for them to have followers who presume them to be the legitimate successor of the papacy. They can reject all claims of such authority themselves, and so remain faithful to the actual Pope, while their supposed followers will find excuses to ignore them when they reject such authority for themselves. Thus, if a Pope resigns, it is possible for him to become an anti-Pope for the fact that many will not accept his resignation. For example. they might claim he was forced to resign, so that the resignation was not valid, and any time the former Pope says otherwise, they will say such words are also being forced upon him and so not to be accepted. When Pope Celestine V resigned, Pope Boniface VIII feared this would happen, and he imprisoned the former Pope to try to prevent such a conflict. This fear could be why Pope Benedict XVI said he would retire and go into silence once he resigned, because he knew that some would not accept his resignation and would use him as a figurehead against the next Pope.

Sadly, it would seem that Pope Benedict XVI has indeed become an anti-Pope, not because he himself claims to be Pope, nor because he rejects Pope Francis, but because there are some – and perhaps an increasing number – who try to suggest his resignation was invalid.  To be clear, he is not among those making this argument, and he is not presenting himself as Pope. But many are using him to their advantage, so that, even if they are not openly asserting Pope Benedict XVI as Pope, they use him and his thoughts (however they come about) as a weapon against Pope Francis. There are many dog whistles which they use to do this, including, but not limited to, how they publish things under the name of Benedict XVI, seemingly contrary to his own wishes. And they do so, inserting his name and opinions, as a counter to Pope Francis’ pastoral initiatives, ignoring the differing contexts, and the fact that there really is not a significant theological division between the two. Pastorally, the differences are there, and it is those pastoral differences which critics of Pope Francis want to attack, and they do so using the former Pope.

The danger is that this growing dissent against the Pope, from people who claim to support tradition but clearly ignore the traditional teaching about papal authority, will result in a greater schism within the church than the one which already exists.  And to be sure, there already is a schism, because those so-called traditionalists who reject Pope Francis (for one reason or another) have exited communion with him. The more others are encouraged to follow them, with all kinds of deceit (such as by abusing a former Pope, trying to use him as a weapon against the papacy), the more we will find those who will go with them and enter schism. And as is common with such schism, as is common with those who follow anti-Popes in general, it is often based upon a false conception of history and the pastoral authority of the church, with a desire to encourage a legalistic rigor to a particular discipline, universalizing it, instead of understanding the particular pastoral context behind each and ever discipline of the church.

We can see this with the history of one anti-Pope, St. Hippolytus of Rome. St. Hippolytus fought against the pastoral decisions of the Pope of his time. For it was the custom of the time to prohibit those who committed various sins, such as adultery after baptism, from communion, even if they repented. Thus, as J.N.D. Kelley indicated, when Pope Callistus showed mercy to those who had once committed adultery, Hippolytus reacted harshly against the Pope, suggesting he was going against the teachings of the church:

In the last decades of the second century adultery, homicide, and idolatry (or apostasy) seem to have been treated in practice, if not in theory, as irremissible, even by means of the once-for-all exomologeis described above. Some have doubted whether this was in fact the case, but even allowing for a good deal of local variation it is difficult to resist the impression that it was, at any rate in many important centres. Certainly Hippolytus, protesting against Callistus’s innovations, and Tertullian in his later Montanist phase took it for granted that it had been the Church’s practice to reserve such sins hitherto.[1]

Hippolytus, and his followers, considered late second century practices as authoritative, and universal throughout church history, similar to the way many so-called traditionalists assert disciplines they follow to be universal and more traditional than they really are. Thus, when the Pope, in his mercy, welcomed back penitent adulterers, Hippolytus denounced the Pope and entered into schism, just like the way many so-called traditionalists today denounce Pope Francis if he suggests pastoral actions which run contrary to their interpretations of church practice (interpretations which are often a-historical at best).  Hippolytus universalized a legalistic interpretation of tradition, once again, similar to so-called traditionalists today, causing scandal in the church, exactly like what we see happening today. But Hippolytus reconciled with Rome, showing that Rome’s position on mercy was authoritative and correct, and because he did so, he was able to be recognized as a saint after his martyrdom.  In this way, though Hippolytus is an anti-Pope, it is ultimately his acceptance of the authority of Rome which ended his schism with Rome, but it was also what he questioned (the mercy of Rome) which he had to accept for himself because he had sinned in creating a schism against Rome. It seems that the memory of his schism remained, and became transformed in later generations, confusing it with the Novatian schism;[2] perhaps the Novatians themselves encouraged this, similar to the way many so-called traditionalists now encourage using the former Pope, Benedict XVI, as a weapon against the current Pope (which is exactly what is happening with the questionable publication of a book claiming to be co-written by the former Pope, and yet with indications that he himself did not support being represented as a co-author to the book itself).  Thus, we see, though he himself is not culpable for how his thoughts and ideas are being used, the former Pope is being propped up as a way to encourage division in the church and to create further schism by those who are angered by Pope Francis’ presentation of the Gospel.

The Catholic faith is under attack by many of those who claim to be its most faithful adherents. Some of them deny the authority of the current Pope. Others, without outright asserting such a denial, give dog whistles to those who do, in order to gain followers as they fight against the Pope and his work with the church to meet the needs of the people today. Both groups, in their opposition to Francis, are playing a very dangerous ecclesiastical game, one which threatens to divide the church and cause great scandal to the world as the message of Christ is ignored for the sake of ideology.

Let us be clear in rejecting schism, and any attempt to promote or encourage schism in the future.

Let us be clear that Pope Francis not only is Pope, but is the proper authoritative interpreter of tradition.

Let us be clear that disciplines can and do change, and if they change, this does not undermine the teaching of the church, but is rather a part of the tradition of the church itself.

Once we are clear with these principles, we shall be able to see the so-called traditionalists for what they are: anti-traditionalists who take on the name of tradition to refute it. 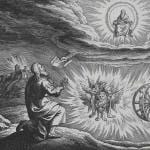 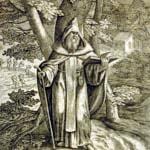 January 16, 2020 Clerical Celibacy: Not Essential to Orders
Recent Comments
0 | Leave a Comment
"No there is legit social justice: God fills the poor with good things and strikes ..."
Ame Election Denial And The Circumvention Of ..."
"I am with you! Is abortion and euthanasia part of "the common good?" "Common good" ..."
Richard Walters Election Denial And The Circumvention Of ..."
"I get threatned too. It sucks. I feel for you. People need to stop being ..."
Ame Jesus Preached Social Justice – Why ..."
"Omg, you sound like that so-called handful of fringe college students you say don't represent ..."
Ame Anti-Semitism, Tradition, And Metanoia
Browse Our Archives
Related posts from A Little Bit of Nothing 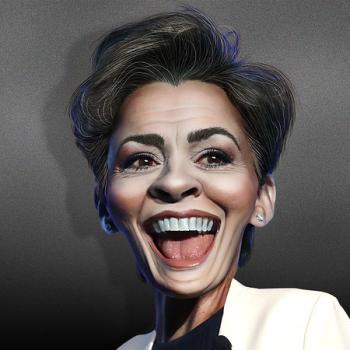 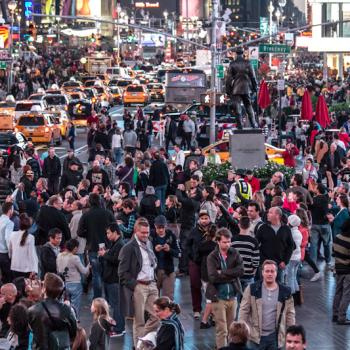 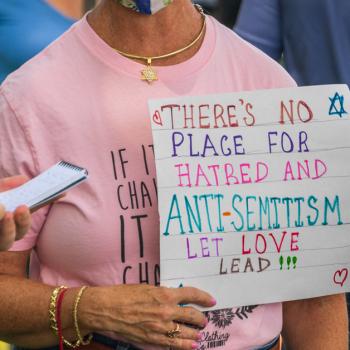 Catholic
Anti-Semitism, Tradition, And Metanoia
A Little Bit of Nothing 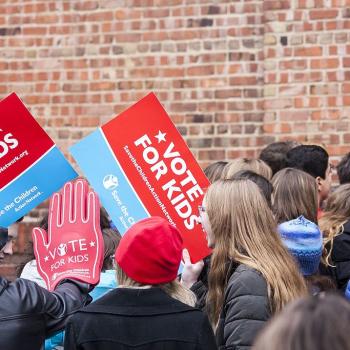 Catholic
When Voting, Think Of The Children
A Little Bit of Nothing
TRENDING AT PATHEOS Catholic