Clerical Celibacy: Not Essential to Orders

In the fourth century, perhaps at the Council of Nicea, perhaps at Sardica (which often had its decrees confused with Nicea), there arose a debate concerning married clergy and whether or not those who had been married before their ordination could continue to be with their wives. The Synod of Elvira (which took place before Nicea, perhaps around 305), a local council in Hispania Baetica (now, Southern Spain), had issued in its canons a decree that forbade married clergy from having relations with their spouses. Ossius of Cordova, who had been at Elvira, presided at Nicea and Sardica alike, and it seems that one of his desires was to have the discipline established at Elvira to become universal.  Whichever council this debate took place (though it is often said to have happened at Nicea), the appeal was rejected, and according to the church history, Socrates Scholasticus, the council followed the lead of a confessor-monk-bishop who repudiated the notion:

Paphnutius then was bishop of one of the cities in Upper Thebes: he was a man so favored divinely that extraordinary miracles were done by him. In the time of the persecution he had been deprived of one of his eyes. The emperor honored this man exceedingly, and often sent for him to the palace, and kissed the part where the eye had been torn out. So great devoutness characterized the emperor Constantine. Let this single fact respecting Paphnutius suffice: I shall now explain another thing which came to pass in consequence of his advice, both for the good of the Church and the honor of the clergy. It seemed fit to the bishops to introduce a new law into the Church, that those who were in holy orders, I speak of bishops, presbyters, and deacons, should have no conjugal intercourse with the wives whom they had married while still laymen. Now when discussion on this matter was impending, Paphnutius having arisen in the midst of the assembly of bishops, earnestly entreated them not to impose so heavy a yoke on the ministers of religion: asserting that ‘marriage itself is honorable, and the bed undefiled’; urging before God that they ought not to injure the Church by too stringent restrictions. ‘For all men,’ said he, ‘cannot bear the practice of rigid continence; neither perhaps would the chastity of the wife of each be preserved’: and he termed the intercourse of a man with his lawful wife chastity. It would be sufficient, he thought, that such as had previously entered on their sacred calling should abjure matrimony, according to the ancient tradition of the Church: but that none should be separated from her to whom, while yet unordained, he had been united. And these sentiments he expressed, although himself without experience of marriage, and, to speak plainly, without ever having known a woman: for from a boy he had been brought up in a monastery, and was specially renowned above all men for his chastity. The whole assembly of the clergy assented to the reasoning of Paphnutius: wherefore they silenced all further debate on this point, leaving it to the discretion of those who were husbands to exercise abstinence if they so wished in reference to their wives. Thus much concerning Paphnutius.[1]

What is important in this historical incident is the recognition that there were bishops, priests, and deacons, all who were married, and among them, there were those still having relations with their wives, having more children while in a position of ecclesial authority. And, although there were various jurisdictions in which disciplines emerged where ecclesiastical authorities were expected to put away their wives and no longer have relations with them, these disciplines were not universal.

Eventually, bishops would come from and be expected to be celibates, but such a compromise would come later, and until then, we have records of married bishops having children, among which is St. Gregory the Elder of Nazianzus (c. 276 – 374), the father of St. Gregory the Theologian (c. 329 – 390). St. Gregory the Elder was a late convert – it is said he converted at the time of Nicea in 325, thanks to the prayers and encouragement of his wife, St. Nonna (c.305 – 374). He was elevated to the bishopric around 329, and though it is possible he fathered St. Gregory the Theologian before his ordination, he continued to have other children, such as St Caesarius of Nazianzus (c. 331 – 368) and Saint Gorgonia (c. ? – 375).

Similarly, Synesius of Cyrene (c. 370 – 413), a famous philosopher who was married and eventually elevated to the bishopric by the famous Theophilus of Alexandria (uncle to St. Cyril of Alexandria), made it clear that he had many stipulations before accepting the bishopric, among which is that he would not give up his wife and that he planned to have many more children with her:

God himself, the law of the land, and the blessed hand of Theophilus himself have given me a wife. I, therefore, proclaim to all and call them to witness once for all that I will not be separated from her, nor shall I associate with her surreptitiously like an adulterer; for of these two acts, the one is impious, and the other is unlawful. I shall desire and pray to have many virtuous children.[2]

Theophilus would not have acceded to Synesius’ demands if he thought they went against church practice. It is clear that Synesius understood there was a debate going on as to what was expected of those who would be elevated to the bishopric, but he also understood that the church had not made a universal decree forbidding bishops to continue to be with their wives. In the debate, there was no indication that such a discipline was Apostolic in foundation, but rather, it was understood that various practical reasons were encouraging such demands upon the clergy; if this were not the case, there would have been no debate, and Paphnutius’ intervention at Nicea would not have made any sense because he would have been told of the universal tradition he had rejected.  Indeed, in the Canons associated with the so-called Apostolic Constitutions, which seems to come about in the late 4th century Syria, has Paphnutius’ arguments whittled down and emphasized their summary form as being a part of the normative Apostolic tradition:

If any bishop, or presbyter, or deacon, or indeed any one of the sacerdotal catalogue, abstains from marriage, flesh, and wine, not for his own exercise, but because he abominates these things, forgetting that “all things were very good,” and that “God made man male and female,” and blasphemously abuses the creation, either let him reform, or let him be deprived, and be cast out of the Church; and the same for one of the laity. [3]

Scripture, likewise, affirms this. Even though Paul certainly promoted the value of celibacy, he did not reject clerical marriage, and indeed he affirmed it was a right: “Do we not have the right to be accompanied by a wife, as the other apostles and the brothers of the Lord and Cephas? “(1Cor. 9:5 RSV). While his arguments in favor of celibacy, as a status for anyone and not just clergy, would later be used in favor of a celibate clergy, Paul himself did not make such an argument. It was not an ideal enforced in the first century. As Christian thought developed, and the status of celibacy and virginity rose in estimation, we begin to see in the 2nd century disciplines arising suggesting clergy to adhere to a sexless lifestyle, but those disciplines were not universal and it is anachronistic to read them as being anything more than particular instances in the struggle to develop disciplines for clergy in general. Disciplines can and do change. They are not essential. And thus, even the discipline for bishops to be celibates is itself not essential to the ecclesial rank, though, if one looks at the history of the discipline and how it developed, this is not to say there were not good reasons for why it developed.[4]

When making theological arguments, it is dangerous to ignore tradition and history. The way many promote clerical celibacy demonstrates this. It only makes those who try to essentialize and universalize particular disciplines look foolish. If their arguments were sound, many important saints (such as the children of St. Gregory the Elder), would never have been born.

[1] Socrates, “Ecclesiastical History” in NPNF2(2):18. The story likewise is referred to in the writings of Sozomen:

Zealous of reforming the life of those who were engaged about the churches, the Synod enacted laws which were called canons. While they were deliberating about this, some thought that a law ought to be passed enacting that bishops and presbyters, deacons and subdeacons, should hold no intercourse with the wife they had espoused before they entered the priesthood; but Paphnutius, the confessor, stood up and testified against this proposition; he said that marriage was honorable and chaste, and that cohabitation with their own wives was chastity, and advised the Synod not to frame such a law, for it would be difficult to bear, and might serve as an occasion of incontinence to them and their wives; and he reminded them, that according to the ancient tradition of the church, those who were unmarried when they took part in the communion of sacred orders, were required to remain so, but that those who were married, were not to put away their wives. Such was the advice of Paphnutius, although he was himself unmarried, and in accordance with it, the Synod concurred in his counsel, enacted no law about it, but left the matter to the decision of individual judgment, and not to compulsion. The Synod, however, enacted other laws regulating the government of the Church; and these laws may easily be found, as they are in the possession of many individuals.

[4] Those reasons go beyond the scope of our interest here, which is simply to point out celibacy is not essential to ordination. 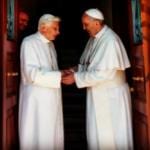 January 14, 2020
Anti-Popes, Anti-Traditionalism, and the Current Attacks on Pope Francis
Next Post

January 17, 2020 St. Antony the Great and God’s Universal Presence
Recent Comments
0 | Leave a Comment
Browse Our Archives
Related posts from A Little Bit of Nothing 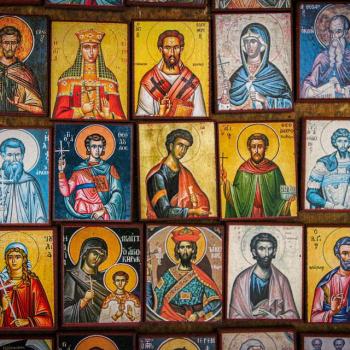 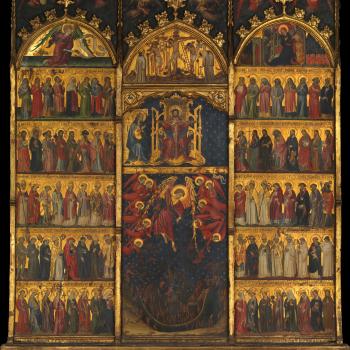 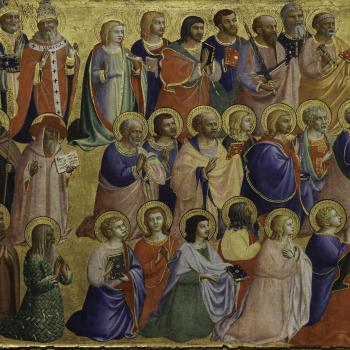