Don’t Spit On My Food

Don’t spit on my food. That seems like a reasonable request, doesn’t it? Clearly, everyone will follow it, right? We don’t need government stepping in and telling cooks they can’t spit in people’s food, do we?  People should be free. People should be able to live their lives without government interference.

This seems like something everyone should agree with. No one wants people to spit in their food, and so people will not do it. Right? Of course, the answer is no. People have been known to spit in food, for all kinds of reasons. Because there are people who will do what they should not be doing, government has stepped in and made sure that if people did spit in others food, they will face the consequences of their actions. They are not allowed to do it. How many people complain about this? Only the people who want to spit in others’ food would be upset; everyone else, everyone who wants spit-free food, and who would do not spit in others’ food, are not upset. Government is not stepping on their freedom, but protecting them and their freedom not to have contaminated food.

Certainly, we like freedom. We don’t like being told what to do. But we have no problem being told not to do something which we would otherwise not be doing ourselves. Government is not changing us by telling us not to do what we don’t do. We especially do not mind it when the government tells us to not do something which we already do not do, but we know others, with malicious intent, do, because we know when the government steps in this way, it does help keep us safe. It might not do so perfectly: we know, for example, people still do spit in food, but it helps the situation and limit the harm which otherwise could be done, as it stops many people who might otherwise spit in someone’s food in a moment of anger or malice.

When people complain about being told what to do, or what not to do, by the government, what they seem to tell us is that they want to do the opposite. Those who would complain about lacking freedom because the government told them not to spit in people’s food would be those who want to spit in people’s food. They could say the government should not step in;  if we didn’t want people to spit in our food, we should not go to restaurants, but if we go, we should know it is something which we choose to accept. How absurd, and yet, that is the kind of argument which many people give in regards to other, legitimate actions made by the government to protect its people.

“I don’t want the government to tell me to wear a mask during a pandemic.” I have heard variations of that said, sometimes to me, sometimes to others. Sometimes from friends who I otherwise respect, who I don’t think, understand the pandemic.  I understand. I wish we did not need to be told we had to wear a mask. I wish we had no pandemic. I wish people would naturally do what is right and wear a mask. But what do we see instead? People ignoring social distancing rules, people, indeed, having COVID19 parties, mocking the government and their neighbor by laughing it up as people get seriously sick and die around them. We have people crowding into spaces, without masks, such as at churches, only to find they catch COVID19 and spread it to many people around them, causing people to die. I wish the government would not need to step in, but it is in such a situation as we find ourselves in that the government must step in – just as it has stepped in when it found people not respecting each other on the road by driving drunk, or, when it stepped in to tell restaurants the various sanitary conditions it must follow without being fined, or when it stepped in to tell people who own various buildings they must keep the building safe and up to code if they do not want to be closed down. This is in part why government is needed: because not everyone is good and will do what they should be doing for the safety of the community.

“For rulers are not a terror to good conduct, but to bad. Would you have no fear of him who is in authority? Then do what is good, and you will receive his approval” (Rom. 13:3 RSV). While there are many ways Christians have interpreted Paul’s statement here, with some seeing the government mentioned being the ecclesiastical government of the church, most see that this statement applies in some fashion or another to secular government. Paul is not saying that everything that a government tells us to do is just and so should be followed (after all, he and other early Christians disobeyed Rome when Rome wanted them to act contrary to the Christian faith), but he does point out, when government tells us to do something which is for the sake of good conduct, we should do it. Looking to the safety of our neighbor, so they do not get seriously sick or die, certainly is what Christians should be doing – we should be promoting life and easing suffering in the world. If others are unwilling to help out and, without governmental action, would put others needlessly at risk, Christians should see the justice involved and not complain about any “lack of freedom” if they are told to wear a mask to keep people safe. If they complain, not only do they suggest they will not be putting on a mask, they suggest they are not concerned about their neighbor, and so ignore the very people Christ told them to take care of and help support as if they are helping and supporting him.

In an ideal world, there would be no need for government. But, just as we know people do dangerous, indeed, stupid things,  if they are not prevented from doing so, we need the government to protect the common good, to make sure that those who have no natural instinct or care for others do  not hurt the community through their indifference or malice. It is not a reduction of freedom, it is, rather, the preservation of freedom which is at stake, for it is the freedom from undue harm which is the issue. 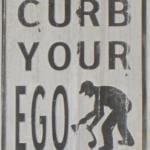 August 2, 2020 Workers With God
Recent Comments
0 | Leave a Comment
Browse Our Archives
get the latest from
A Little Bit of Nothing
Sign up for our newsletter
POPULAR AT PATHEOS Catholic
1 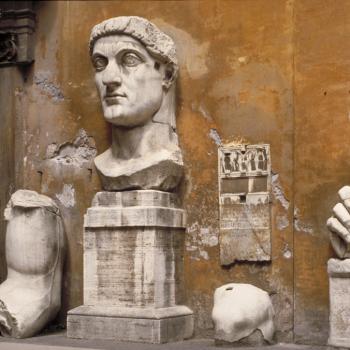 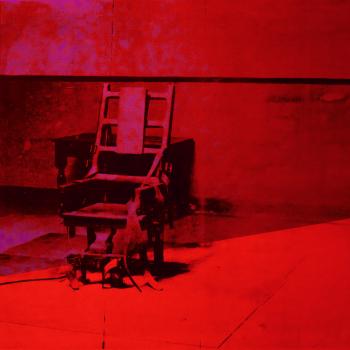 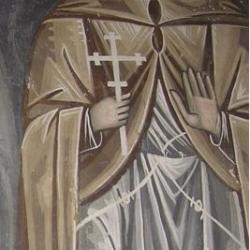