St. Josephine Bakhita And The Holiness Of Love

Holiness does not come from knowledge. Holiness does not come from being smart or appearing to be wise. Holiness comes from love. The more someone loves, the more that love transforms them, making them better. God is love, and to pursue love is to pursue God. To act out of love is to follow the way of God. If one holds fast simply to love, nurturing it, developing it, they will develop their relationship with God. They will be like God, loving everyone, for true love is boundless. Thus, a pure, simple but honest love is more important than education; if we try to become wise in our own eyes and lift ourselves up above others through our studies, our vainglory will lead us astray. It would be better if we put all such study aside than to use it for bad purposes. Of course, education is good, and it is better to know than not to know, if we will use our knowledge to engage what is good and true, but what is important is that education should reinforce, instead of hinder, the dictates of love, helping us achieve the desires of love.

“For our boast is this, the testimony of our conscience that we have behaved in the world, and still more toward you, with holiness and godly sincerity, not by earthly wisdom but by the grace of God” (2 Cor. 1:12 RSV). We should focus on our relationship with God, and with it, our relationship with love. Boasting over what little knowledge we have accumulated for ourselves will only make us look foolish when we compare it to what we do not know. Boasting, indeed, over ourselves, turns us away from what should be our true focus, God, and the way of God, which is the way of love. If we boast about ourselves, if we glorify ourselves, we have abandoned the way; whatever success we find will be nothing in comparison to what we have lost. Have we fulfilled the testimony of our conscience, which is itself, the dictates of love, or have we tried to find ways around it to excuse ourselves? If we use our education to silence our conscience, even to override it, then we cut ourselves off from the grace of God; if, on the other hand, we use it to reinforce our conscience, to understand the world around us so that we can better fulfill the dictates of our conscience, then it can do as good.

Education is naturally a good, but all goods can be abused; it is better to be simple and honest and true to one’s conscience, to the dictates of love, than to be so educated one argues oneself away from the expectations of love and so fall short of the glory of God. Many holy saints were not educated scholars and yet they knew the way better than such scholars because they lived the way instead of merely reflected upon it. Likewise, many holy saints held simple positions in life because through it, they found they could and would increase their ability to love – to love God and others, while those who looked to exalt themselves in positions of honor and glory only learned how to love themselves and so failed to grow in love because of such self-attachment, and so they did not become holy despite whatever they knew of the way to holiness.

Saint Josephine Bakhita shows us how those who follow the way of love will be exalted by that love. She was born around 1869 in the village of Olgossa (in Sudan). She was enslaved around nine years of age, and traded and used and abused by several different masters, taking beatings from them which left her scars on her body for the rest of her life. Eventually she was sold to the Italian Vice Consul, Callisto Legani when he was working abroad. He treated her with more respect than most of those who came before him. When he returned to Italy, he took Josephine with her because she asked him to do so. In Italy, she was given over to another family to act as a nanny to their children, but when that family was called away (to work in the Sudan), she asked to stay in Italy. Her mistress agreed, and gave her over to the Canossian Sisters in Venice, which would determine the rest of her life, as she would eventually become one of them herself. For when she was in Italy, and then in the convent, she learned what Christians said about God, about Jesus and his love for all humanity, and the way Jesus, despite being Lord, served all with his great love. This was very attractive to her, and so, as Pope Benedict XVI related, it was the love which God showed to her that led her to have a great love for God in return:

Here, after the terrifying “masters” who had owned her up to that point, Bakhita came to know a totally different kind of “master”—in Venetian dialect, which she was now learning, she used the name “paron” for the living God, the God of Jesus Christ. Up to that time she had known only masters who despised and maltreated her, or at best considered her a useful slave. Now, however, she heard that there is a “paron” above all masters, the Lord of all lords, and that this Lord is good, goodness in person. She came to know that this Lord even knew her, that he had created her—that he actually loved her. She too was loved, and by none other than the supreme “Paron”, before whom all other masters are themselves no more than lowly servants. She was known and loved and she was awaited. What is more, this master had himself accepted the destiny of being flogged and now he was waiting for her “at the Father’s right hand”. Now she had “hope” —no longer simply the modest hope of finding masters who would be less cruel, but the great hope: “I am definitively loved and whatever happens to me—I am awaited by this Love. And so my life is good.” Through the knowledge of this hope she was “redeemed”, no longer a slave, but a free child of God. She understood what Paul meant when he reminded the Ephesians that previously they were without hope and without God in the world—without hope because without God. [1]

Josephine was baptized in 1890 and took her vows in 1896. Her love came through in all that she did. When she was working in the sacristy, or as a porter for the convent, or when she gave talks in order to promote Christian missions, her simple, pure love attracted many people to her. She was not some scholarly saint, indeed, her life had made it impossible for her to be such, but she far exceeded so many of those who were otherwise educated because she embraced love and knew its strength and value as it was what had freed her from the pains of her past, giving her peace and joy in a life which otherwise could have been one of hardship and misery. She found more in that love than people find in the pleasures of the world; indeed, those who had enslaved her and used her to pursue their pleasures were themselves enslaved by their passions, while she, when she found the love of God, was able to be free and happy and bring a little bit of that joy and happiness to the world around her. This is what holiness does. This is how holiness is discerned.

Saints know love, and so they share that love to the world, bringing with it, the love of God and the grace which that love imparts. They know far more of the truth by experience than what can be learned through study, which is why their wisdom exceeds the wisdom of the scholars. Throughout the world, we see this happen again and again; those who were treated with scorn, because they appeared to be simple, because they did not look for glory or wealth, were the ones who proved to find the happiness while people desire while those who scorned them perished without finding peace or joy. “For where your treasure is, there will your heart be also” (Matt. 6:21 RSV). Those who treasure love will find God and their heart will be with God. This is what the saints show us. It is love which motivated them and made them holy; they might have different ways by which they acted upon that love, but that love is something which they held in common and it is that love which allowed grace to flow into the world, bringing the holiness of the kingdom of God into it. 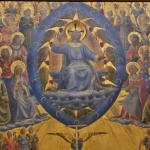 February 7, 2021
The Last Judgment, The Judgment of Love
Next Post 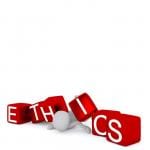 February 10, 2021 Sometimes, Abortion Is The Pro-Life Answer
Recent Comments
0 | Leave a Comment
"I’m moved by this essay / post ... as a Jew born from 2 survivors ..."
tzatz Christians Should Learn From The Jews
""for salvation is from the Jews (Jn 4:22)"It is a little unclear why God built ..."
alwayspuzzled Christians Should Learn From The Jews
"What about love for women left with problem pregnancies? Rather than the law. That's the ..."
onlein Dogs Show Us The Way
"I disagree with a lot of things Pope Francis has said and done,But I give ..."
Sean Terrence Jones Everything Is Not Normal
Browse Our Archives
get the latest from
A Little Bit of Nothing
Sign up for our newsletter
POPULAR AT PATHEOS Catholic
1 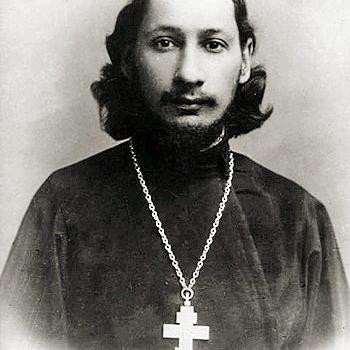 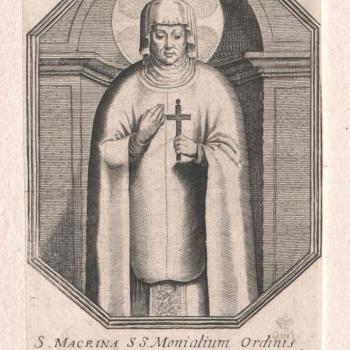 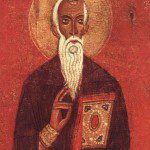