(This is the second part of a two part series;  you can read part one here).

It is important to realize what the sacraments are so that we do not make more or less of them than they really are. It is important to recognize their value but also not to misconstrue them, thinking either they are insignificant because of their symbolic nature, or that they are absolutely necessary and we cannot receive grace apart from them. They are vessels of divine grace instituted by Christ in order to give us the grace we need, not only for our salvation, but our deification. They come to us in a physical form, a  form which serves as a sign or symbol of the grace present within it and thus given to us by it. And because we, as humans, learn from the physical world, this is why God established the sacraments in forms which can and do serve as symbols for the grace given out by them: “For, indeed, because just as He does all other things, so also for man, God provides according to his condition. Now, man’s condition is such that he is brought to grasp the spiritual and intelligible naturally through the senses. Therefore, spiritual remedies had to be given to men under visible signs.”[1] The reality of the sacrament, the grace which it gives, is what is important; those who properly receive the sacraments receive the grace they need for their spiritual transformation. Thus the sacraments serve, as St. Bonaventure tells us, as remedies for our spiritual imperfections:

As to the origin of the sacraments, we must hold that they are sensible signs divinely instituted as remedies, in which “under covering of sensible things a divine power secretly operates,” so that “they represent by similitude, signify by their institution, and confer a certain spiritual grace by sanctification” through which the soul is cured from the infirmities of vices. They are chiefly designed with this as their ultimate end.[2]

In order that the remedy may correspond to all the above-mentioned, not only must it be spiritual, but it must possess something in the way of a sensible sign, so that, as sensible signs were the occasion of the fall of the soul, so they may be the occasion for its resurrection. Because sensible signs considered in themselves do not possess an efficacious tendency toward grace although they bear a remote representation of grace in their nature, the signs should be instituted for signification and blessed for sanctification by the Author of grace that thus they may represent by a natural similitude, signify by the institution associated with them, sanctify by superadded blessing, and prepare for grace which heals and cures our soul. [3]

Now bread and wine are things used because God knows human weakness and how most things that are not constantly and habitually used cannot be put up with and are shunned. With His usual condescension, therefore, He does through the ordinary things of nature those which surpass the natural order. And just as in the case of baptism, because it is the custom of men to wash themselves with water and anoint themselves with oil He joined the grace of the Spirit to oil and water and made it a laver of regeneration, so, because it is men’s custom to eat bread and drink water and wine He joined His divinity to these and made them His body and blood, so that by ordinary things we might be raised to those which surpass the order of nature.[4]

Thus, conventional signs, established by God, are being employed in the sacraments, but they are conventional signs which are similar to and close to natural signs, and so if we use our imagination and ponder, we should be able to understand what is being signified.  This is why it should not be difficult for us to understand what is intended by the signs. We just need to have a sense of how symbols work and the imagery surrounding them. And so Pseudo-Dionysius suggested, if someone cannot understand the symbol employed, they have a problem understanding how to interpret symbolic imagery in general: “Those who are stone deaf to what the sacred sacraments teach also have no eye for the imagery. “[5]

Food and wine and water, in and of themselves, are physical in nature and give physical nourishment and cleansing, while what we receive in the sacraments is spiritual nourishment and cleansing. This is why it should be easy for us to understand the sign being employed by the sacraments when they employ such physical forms as bread, wine, and water. But it is important to remember that the physical form of the sacrament is a sign of the greater truth being given to us in and through the sacrament and so we must not confuse that physical form with the inner, spiritual grace itself. This is what many do with communion; when they think the physical bread and wine is not symbolic they misunderstand the sacrament and the nature of the eucharist. The physical form remains symbolic. In its physical form it keeps all the physical qualities of bread and wine, while the reality of what we receive, the grace, is that of the real or sacramental presence of Christ who comes to give us of himself to us so we can bring him into ourselves even as we are brought into him and his own mystical body. Thus, Hugh of Saint Victor explained

Bonaventure, following this reasoning, is able to  say that the two species present one and the same reality, the presence of Christ, so that it is one sacrament despite the fact two species with different physical qualities are being used:

As to the sacrament of the Eucharist, this must be held: that in this sacrament not only is the true body and blood of  Christ signified but it is actually contained under the double-species, namely, bread and wine, in one and not a twofold sacrament. [7]

If we thought that the bread only contained the “flesh of Christ,” and the wine the “blood of Christ,” we do not understand  the sacrament itself. The bread is symbolic of the flesh, the wine is symbolic of the blood, which is why partaking of both presents a fuller sign or symbol, but in reality, both confer the one Christ, who is present fully in all the physical portions of bread or wine, so one can partake of only the physical bread or the physical wine and receive the fullness of Christ.  “The entire Christ is wholly contained in each of them, not in a circumscribed manner, but sacramentally.” [8] This is why, for example, the East gives infants drops of the wine when they give them communion, or why the West, when it finds good reason to do so, can give only the bread to communicants, and in both situations, the communicate is being offered the fullness of the sacramental graces.

“With perfect confidence, then, we partake as of the Body and Blood of Christ. For in the figure of bread His Body is given to you, and in the figure of wine His Blood, that by partaking of the Body and Blood of Christ you may become of one body and blood with Him.”[9] The symbols present in the physical form of bread and wine remind us of the body and blood of Christ, but the reality of the sacrament is the fullness of Christ, so that it truly is Christ and not mere bread and wine which is received.  It is through the physical forms of bread and wine, likewise, the one Christ can be received in multiple places while he himself is beyond all physical locality: “For the body of Christ in His own dimensions exists in one place only, but through the mediation of the dimensions of the bread passing into it its places are as many as there are places in which this sort of conversion is celebrated. “[10]

The sacraments are invaluable to the Christian and are a major part of the Christian life. God has instituted them for our own good. They serve as the ordinary form by which we receive the grace necessary for our salvation. Saying that they are our ordinary form of receiving such graces should not be seen as indicating they are the only form by which we or others can receive them. We cannot and must not limit God in this fashion. “The institution of the sacraments, therefore, in so  far as pertains to God the author, is of dispensation, but, in so far as pertains to obedient man, is of necessity, since it is within God’s power to save man without these but it is not within man’s power to attain  salvation without these.” [11] We need the grace conferred by the sacraments, the thing symbolized and represented by the physical sacraments, whether or not we receive it from the physical sacraments or by any other means which God has chosen to give it  out; we know, however, we do receive them through the sacraments, and so have no doubt of the grace if we  properly partake of them, while we do not know how or if God will give us the grace in and through other means; thus, we as Christians partake of them and let God deal with others as God wills. 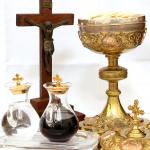 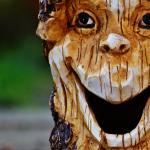 Traditionalists, Breakfast, and the Beatific Vision
Steel Magnificat
Related posts from A Little Bit of Nothing 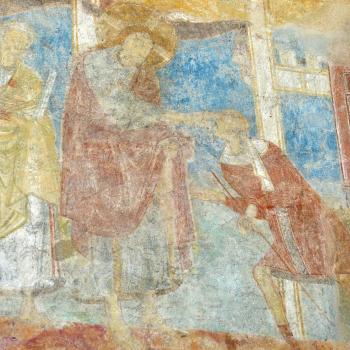 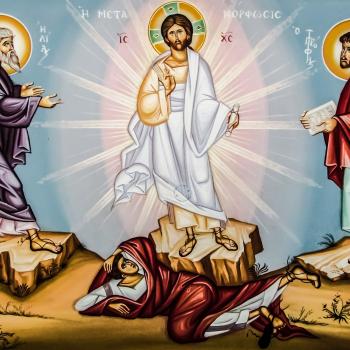 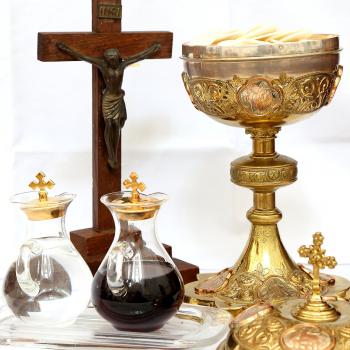 Catholic
Signs, Symbols and Sacraments: Part I
A Little Bit of Nothing
TRENDING AT PATHEOS Catholic