The last chapter of Sergius Bulgakov’s book, The Eucharistic Sacrifice, is the most intriguing part of the book, both, because of what he said, but also because of what he did not say in it. He left it to the reader to explore and ponder the implications of his ideas for themselves. In the chapter, he presents the way in which he sees Mary, Jesus’ mother, is connected to the celebration of the eucharist. While the theme itself is provocative, it is not entirely unknown, and so he takes on a theme which others have explored, but adds to them in a way which they did not. He was, to say the least, very provocative in what he suggested. While it is possible he did not consider all the implications of his own ideas, it is very unlikely. But it is likely he was not sure of them and he wanted his readers to tackle them for themselves, to explore them further than he did, so as to better ascertain their validity.

Central to Bulgakov’s discussion of the relationship between Mary and Jesus is his understanding of Chalcedon. Mary is the Mother of Jesus, and as the Mother of Jesus, she is the Mother of God. His humanity comes directly from her; her flesh is transformed into his flesh, so that when he offers himself, his flesh, Mary’s transformed flesh is also being offered. Bulgakov did not confuse the two persons; he understood the difference between Christ and what he did, and Mary and what she did, but he believed that in the transformation of the flesh of Mary into the Godman, Mary was still present in and through that transformed flesh. Chalcedon, and its teaching that the two natures of Christ are not absorbed into each other, was central to him in this reflection. For he thought that it showed us the pattern of how God transforms things: such transformation does not destroy the nature of that which is transformed, but rather builds upon it, adding to it so that the original nature remains in the midst of all that change.  Thus, Bulgakov said everyone has a special connection to Mary when they partake of communion:

All of this relates as much to the sacrifice itself as to the consumption of the eucharistic sacrifice, that is, communion. Receiving it, we commune of the Body and Blood of the Lord, but also co-commune of the humanity (the “body and blood”) of the Mother of God, in its “Chalcedonian” indivisibility with the Son. [1]

For Bulgakov, because of the unique way Mary is the Mother of God, she is in constant communion with Jesus, for she is always with him because he assumed his flesh from her. By giving birth to the Godman, she, in her own special way, is a mediator between God and humanity:

Such is the manner in which the nature of the Mother of God manifests itself: on the one hand it belong to creaturely humanity, to the world (as bread and wine), and on the other hand to Divine-humanity: She is inseparably united to the latter, for it took shape in Her womb. In this way, She is the living and personal mediation between God and humanity in the eucharistic transmutation.[2]

Mary mediates between God and humanity by giving her flesh to the Godman, allowing him to become human, and thus, allowing him to give of himself in the eucharist. Mary, as the Mother of God,  had a special role in salvation history, and with it, in the work of salvation itself. She is in unceasing communion with the Godman, because the Godman took her flesh and transformed it, making it his own, but it still remains as it were, her flesh, her body and blood even as it is his. This means, what he does, is done in and with and through the flesh of Mary, making her a co-participant in his activities, not, of course, as the primary actor (for that is the Godman) but nonetheless, an actor, which is why, when understood properly, she can be called co-redemptrix:

And this mysterious connection between Christ and the Mother of God, which is the Holy Spirit by means of the energy of the Incarnation, hidden away in Divine-maternal silence, makes the Mother of God a co-participant in that salvific work. Justly She is sometimes called (in Catholic theology) co-redemptrix, the co-redeemer. Personally, She Herself is not the Redemptrix, but in natural terms [prirodono] She is undivided from the Redeemer. Of Her more than anyone else we say the words of the apostle in a very special sense, “it is no longer I who live, but it is Christ who lives in me” (Gal. 2:20). Life in Christ, through the communion of His Body and Blood, is given by the Holy Spirit. But for the Mother of God, this communion is the unceasing Incarnation of Christ through the Holy Spirit. [3]

But, Bulgakov continued, this means she is at work in and with Christ in all that he does, including in the establishment of and giving out of the eucharist:

And at the same time, through the Incarnation, She abides in a state of unceasing communion, so to speak, which is intrinsic to Her as the One who gave birth to God. We must augment this point further and say that, in this sense, She is not only co-redemptrix, but also co-server, co-liturgist with Christ. This is why some petitions are directed to Her in the liturgy, both for a worthy, salvific communion, and also in thanksgiving for it ( the same Is true in the prayers after Holy Communion). Is this not the reason that she is clothed in the Omophorion (in accordance with Church Tradition regarding the feast of the Protection of the Mother of God), as the High Priestess, side by side with the High Priest “forever according to the order of Melchizedek”? [4]

Thus, Bulgakov suggested, as Christ is the High Priest, fulfilling the eternal sacrifice, he does so not apart from, but with the priestly ministry of his Mother:

Godmotherhood, according to what has been said above, is co-service [so-sluzhenie] in the work of salvation, or, one might say, co-priesthood [so-zhrechestvo] with Christ. If the sacrificial offering of Christ contains all of His earthly life, with a perfecting zenith in the crucifixion, then His Mother too, in the silence and secrecy of Her service, walks along His entire path toward the Cross with Him and behind Him, and in the silent standing at the Cross co-offers His sacrifice along with Him, wholly giving up Herself for the salvation of the human race. [5]

Int this fashion, Bulgakov opened up a new notion of the eucharist and the eucharistic sacrifice, one which also allows us to see a new aspect to its institution. By suggesting that Mary also offered the sacrifice in and with Christ, and so can be said to be a co-celebrant in the eucharistic institution, could have all kinds of sacramental ramifications. What, exactly, does this theological understanding tell us about the priesthood in general? That question is one which Bulgakov did not ask nor answer. Yet, he did say that Mary should be seen as the High Priestess, next to the High Priest, Christ, offering the eucharistic sacrifice with him. This idea is worthy of further investigation and exploration, because the hints coming from Bulgakov’s reflection is enough to suggest a new way to understand the nature of the priesthood itself, one which does not disconnect with what has been understood of it in the past, but rather, one which transforms that understanding, allowing it to become something greater in the future. 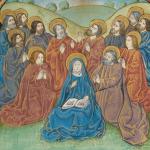 December 20, 2021
Tradition Should Be Living. It Is Not About Following A Dead Letter
Next Post 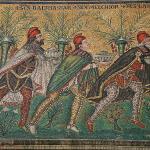 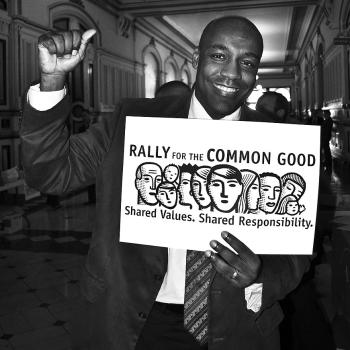 Catholic
Incarnation, Interdependence And The Common Good
A Little Bit of Nothing 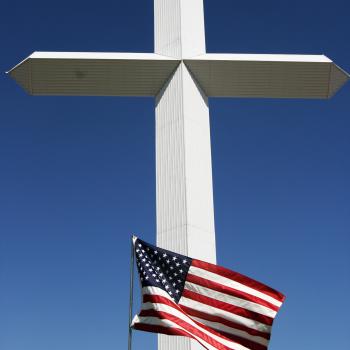 Catholic
“Christians Nationalism” Is Anti-Christian
A Little Bit of Nothing 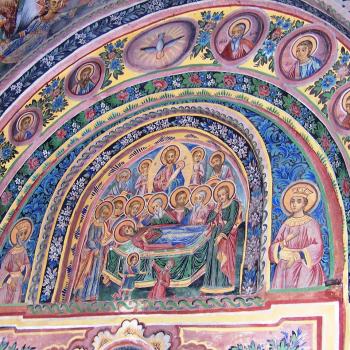 Catholic
The Assumption Of Mary Confirms Death Is When...
A Little Bit of Nothing