Our Words Should Be Used To Build Each Other Up

“And he called the people to him and said to them, ‘Hear and understand:  not what goes into the mouth defiles a man, but what comes out of the mouth, this defiles a man’” (Matt. 5:10-11 RSV). Language, communication with others, is a great thing, because by using it, we share with each other our thoughts and ideas, indeed, our very selves. As such language is a means by which we can come into communion with each other. That is, by sharing a logos (word) with each other, we share a part of ourselves with each other, and through that sharing, we come together and can be united with each other as well.

Our words, our logoi, are meant to participate in and reflect in the way the Logos works in creation. The Logos builds up and joins things together. The Logos edifies and brings much joy and happiness through its work, even as it discloses and reveals of itself in acts of love. The problem we have is that instead of using our own logos as a way to build up and edify others, instead of using it as a way to join in with others and become one with them through communion, we often use language as a means to destroy, hurting those whom we should help.

We are not meant to be alone. We are not meant to isolate ourselves from each other; rather, we are meant to draw closer together so that we can unite with each other. When we do, we will find that in our unity, we are greater than when we were apart. Our speech, our words, are meant to help in achieving this, which is why, as Paul said, we are meant to impart grace through our words: “Let no evil talk come out of your mouths, but only such as is good for edifying, as fits the occasion, that it may impart grace to those who hear” (Eph. 4:29 RSV).

The problem is that sin corrupts the good which it touches, and so it can and does corrupt our speech; sin taints us, causing us to grow in malice as it destroys charity in us, with the result that we find it difficult to speak with charity. Sin transforms our speech so that it uses our words to harm or  destroy what words should be establishing, that is the bonds of union and the communion which should come from them. Sin takes the good of speech and uses it as one of its many tools to spread its disease; as we find ourselves suffering from that disease ourselves, we find it difficult, if not impossible, to counteract its effects in our lives, and so to purify our speech. Our tongue, created for a good purpose, has become an instrument by which truth has become hidden or displaced. Sin uses our words to cover up the truth with falsehood after falsehood. Even if we wish to be charitable towards others, even if we wish to use our speech for the sake of the truth and the good which should flow from it, the remnants of sin and its influences continues to play its part in us and our speech. And so, as James said, the tongue has becomes a thing which is out of control, bringing curses into the world, creating, as it were, the conditions necessary to establish great suffering in the world:

So the tongue is a little member and boasts of great things. How great a forest is set ablaze by a small fire! And the tongue is a fire. The tongue is an unrighteous world among our members, staining the whole body, setting on fire the cycle of nature, and set on fire by hell.  For every kind of beast and bird, of reptile and sea creature, can be tamed and has been tamed by humankind,  but no human being can tame the tongue — a restless evil, full of deadly poison. With it we bless the Lord and Father, and with it we curse men, who are made in the likeness of God. From the same mouth come blessing and cursing. My brethren, this ought not to be so.  Does a spring pour forth from the same opening fresh water and brackish?  Can a fig tree, my brethren, yield olives, or a grapevine figs? No more can salt water yield fresh. (Jas. 3:5-12 RSV).

Thus, what is good, and should be a source of blessings, is often used for the exact opposite. We must fight urges to use our tongue, our speech, for some wicked end.. We must learn how to silence ourselves so that we can slowly gain control over our tongue. That is, we must learn how to discipline ourselves, how to discipline our speech, so that instead of letting sin take control of us and using our words as a vessel by which it can spread, we become the true master of our speech. This is why the reason some feel the need to engage a greater form of silence upon themselves, that is, to live away from others so not to be tempted to use their words for ill, is not because they consider themselves to be so pure they do not want to be tainted by others, but rather because they see how difficult it is for them to keep their tongue under control. They think the best way they have to learn to master their tongue is to learn self-control, and once they have done so they can better engage society as a whole. This is what Abba Matoes said was his own reason for retreating from society:

A brother questioned Abba Matoes saying, ‘What am I to do? My tongue makes me suffer, every time I go among men, I cannot control it, but I condemn them all in the good they are doing and reproach them with it.  What am I to do?’ The old man replied, ‘If you cannot contain yourself, flee into solitude. For this is a sickness. He who dwells with brethren must not be square, but round, so as to turn himself towards all.’ He went on, ‘It is not through virtue that I live in solitude. But through weakness; those who live in the midst of men are the strong ones.’[1]

Those who look to ascetics and learn from them the lesson that everyone should entirely disengage themselves from society, that is, to turn back from the world, because the world is seem as impure, misunderstand the spiritual lessons coming from the monastic tradition. The ascetics did not look to the world with such disdain. They examined themselves in order to see how sin has caused them to be out of control. It is as if they quarantined themselves from the world to make sure their own spiritual sickness did not spread, causing more pain and sorrow in the world.  Then, as they gained control over themselves, once they saw themselves becoming more and more spiritually healthy, they could and would engage society once again. Indeed, once their spiritual sickness had been put into check, they often saw it would be harmful to remain in isolation. This is why so many saints, known to be hermits for a good portion of their lives, found their calling was to be with society once they learned what they could from their hermitage. They found that once they gained control over themselves, they should engage the world. For they learned how to use their tongue in the way it was intended, that is, to benefit others, building them up instead of tearing them down. Thus, they are not representatives of intentional seclusion from others because they thought they should distance themselves from the world because it was evil, but because they knew the world was good and they wanted to make sure they were able to help preserve that goodness. This, then, should be what we learn from the ascetics, and so like them, we should learn how to use our speech as it was intended, that is, to make sure we build others up instead of tearing them down. It’s not easy. And that is why we should also work, like the ascetics, to discipline ourselves and our speech.

May 22, 2022
The Slave Woman And Man Born Blind Were Set Free
Next Post

May 25, 2022 Abortion, Ensoulment, And Prudence
Recent Comments
0 | Leave a Comment
"Thank you for a very cogent argument for serious gun control.If Francis wanted to do ..."
alwayspuzzled Put Away The Sword: On Gun ..."
""This reality, the diversity which is found in the Catholic Church, helps us understand, in ..."
alwayspuzzled What Does Catholic Mean?
"Democrat are just as demonic as anyone else is.Racism comes against everyone and that’s under ..."
D.M.S. New Bills And Laws Would Make ..."
"You’re still a liar."
D.M.S. New Bills And Laws Would Make ..."
Browse Our Archives
Related posts from A Little Bit of Nothing 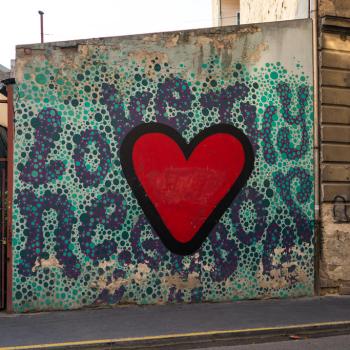 Catholic
Our Neighbor And Our Salvation
A Little Bit of Nothing 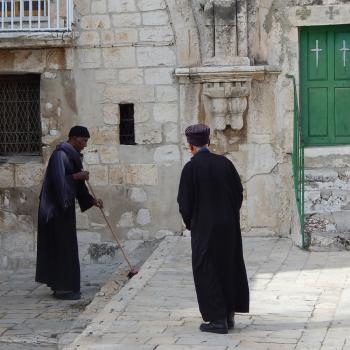 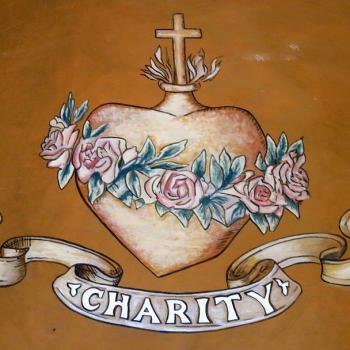