It’s common, indeed, normal, for siblings to fight each other. Regardless how intense those fights can be, most of them do not undermine the love siblings have for each other. Those fights are merely indicative of minor disagreements and disputes, for, it is clear, most siblings will do all they can do to help each other, if such help was necessary. They do not let their fights get in the way of their love for each other. Indeed, sometimes their fights almost become a part of the way they show such love; they can be playful, almost teasing, instead of serious, even if, to outsiders, they might seem to be extremely serious and divisive. For, through their arguments, they might actually be seeking to help each other, to challenge each other, to make sure they all make the best out of what they have been given in life. This, it seems, was true for two of the desert fathers, the  brothers Abbas Paul and Timothy, for they were known to get into all kinds of arguments with each other. Of course, such arguments can get out of hand. Abba Paul and Timothy understood this, as they saw their arguments could get in the way of the ascetic life they had chosen. In order to make sure this did not happen, Timothy suggested an ingenious solution, one which did not stop them from fighting, but rather one which found a way to use their arguments to further their spiritual development:

Abba Paul the Barber and his brother Timothy lived in Scetis. They often used to argue. So Abba Paul said, ‘How long shall we live like this?’ Abba Timothy said to him, ‘I suggest you take my side of the argument and in my turn I will take your side when you oppose me.’ They spent the rest of their days in this practice.[1]

Timothy proposed that he and his brother took each other’s positions when they got into fights, for in this fashion, instead of selfishly fighting for their own wants and desires, their focus would be on their brother, and so, their arguments would serve as a way for them to fight for each other’s betterment. In other words, if and when they argued, they would do so in such a way to make themselves more considerate of each other’s wants and need. Their arguments, then, could be used to help each other lift their brother up, and in doing so, grow in love for each other, instead of being a source and foundation for conflicts which would lead them to undermine that love. This worked because they did truly love each other. Likewise, we should consider something similar, to make sure our own arguments are down out of love, so that we argue for the needs of others and not just our own personal desires. When we go out into the world, when we say we love our neighbor, we should really take every effort to consider their needs and promote them instead of looking out only for ourselves. Indeed, the more people do this, the more society will find itself coming together in a harmony which works for the benefit of all, instead of having people tear society apart in order to get the most for themselves. The more, then, we act out of compassion, the more, that is, we take the concerns of others seriously, the more we will be known for our love; the more we are known for our love, the more people will come to us, wanting to experience that love for themselves. As we love them, they are more likely to show that love back to us, and then, through our mutual love, we will be able to form the bonds necessary to build up and establish justice in the world.

Obviously, though we can make things better, we will not create utopia. Sin will continue to influence the communities we form. Sin will continue to corrupt the good, though the more we work for a just society, the more we try to establish a community formed on love, the less power sin will have. We should always strive for perfection, but we should not let the lack of perfection undermine our pursuit for what is good and true. This is exactly what we found happened in early monastic communities. They were not perfect utopia. They were filled with various kinds of strife. They have all kinds of sin corrupting and destroying the love which was meant to hold the community together. Thus, even in the best monasteries, there were all kinds of hardships, sorrow and strife found in them. Paul and Timothy experienced some of that strife, finding that it made it hard to attain peace in their daily lives, and yet, Paul realized, that didn’t mean they gained nothing from their ascetic pursuits:

The same Abba Paul and Timothy, the Barbers, were troubled by the brethren at Scetis. Timothy said to his brother, ‘Why do we follow this trade? They do not let us live in peace the whole day long.’ But Abba Paul replied, ‘The peace of night is enough for us if our thoughts are watchful.’ [2]

We pray for God’s will, love, to be done on earth as it is in heaven; we are to embrace that love so that we can manifest it on earth. However, not everyone will do so. Some will continue in their selfishness, bringing strife into the world. Some will seek to act out of love, but have difficulty in doing so. We will not find perfect peace in the world, but we can find elements of it, and take what we find, and use that to realize that what we have done to make things better finds its fruit in the peace which we have attained. That is, we should see and appreciate the good which we have accomplished, the good which has helped transform the world. If we neglect it, if we only look at what is bad instead of the good, we will find it extremely difficult to push on and continue to work for and make for a better world. If on the other hand, we recognize what we have, if we recognize the peace we have at night, as it were, we will find that peace and joy can refresh us when we need consolation even as it will help give us the firm ground which we need in order to continue to do what love has encouraged us to do in the world.

Abbas Paul and Timothy were brothers; their love for each other allowed them to move beyond petty arguments. It had them embrace each other and the needs they saw each other had. Their love allowed them to find some peace and joy in the world. Paul made it clear, what peace they experience should be enough to keep them motivated, enough to make them realize they were doing what was right. Hopefully we can learn that lesson too, and make sure whatever setbacks we experience during the day, we do not find that they get the best of us and stop us from recognizing the good we have attained and the good which we can achieve if we continue to love others as we should.

June 29, 2022 Peter and Paul Found Their Greatness In Their Weakness
Recent Comments
0 | Leave a Comment
Browse Our Archives
Related posts from A Little Bit of Nothing 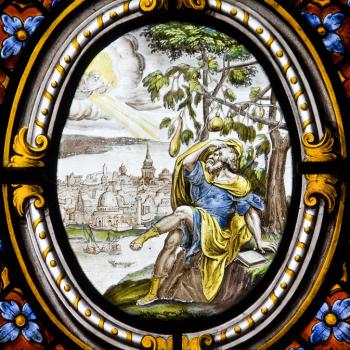 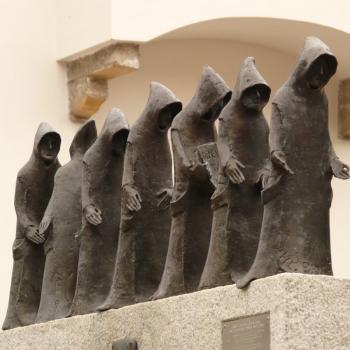 Catholic
Without Prudence, Zeal Can Be Dangerous
A Little Bit of Nothing 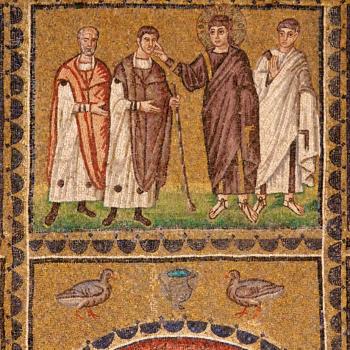 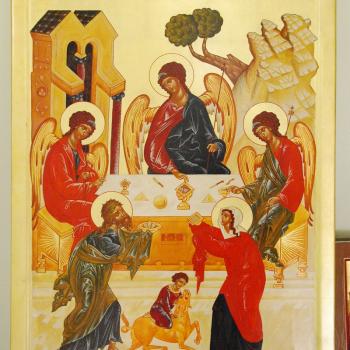 Catholic
Hospitality
A Little Bit of Nothing
TRENDING AT PATHEOS Catholic