Grace gives us what we need to be saved; it acts as a medicine, healing us from all the wounds sin has inflicted upon us in our lives. Grace comes from God. No matter what we have done, no matter how far we have strayed, no matter how much we have been defiled and wounded by sin, God is able to provide us what we need to be made whole. This is why we have every reason to believe that we, or anyone else, can be saved. This doesn’t mean salvation will be easy. We must cooperate with grace. We must let it work in our lives, putting nothing in its way. Those things which, for us, might hinder its work in our lives should be cast aside. Sadly, that will mean all kinds of unhealth attachments we have made throughout our lives, attachments which we find difficult to break. This is why Jesus said it could be difficult for the rich and powerful to be saved; it is not that he denied them their salvation, but rather, he pointed out how difficult it will be for them to give up their hold to wealth and power, a hold which hinders their reception of grace. To be saved, they will eventually have to detach themselves from their wealth and power. This is why he told a rich young man: “If you would be perfect, go, sell what you possess and give to the poor, and you will have treasure in heaven; and come, follow me” (Matt. 9:21b RSV). The man himself was not, from all indications, an unjust man, at least in comparison to others who were rich and powerful, but yet he was still so attached to his wealth, he couldn’t do what he needed to do. Since salvation required such perfection, Jesus said: “Truly, I say to you, it will be hard for a rich man to enter the kingdom of heaven. Again I tell you, it is easier for a camel to go through the eye of a needle than for a rich man to enter the kingdom of God.” (Matt. 9:23b-24 RSV).

We must read what Jesus said carefully, and see that he was not saying that the rich could not be saved, but rather, it would be difficult for them. They will have to find a way to divest themselves of their wealth because they have become so attached to it, they let it get in the way of their reception of grace. Eventually, of course, they will find themselves doing so since no one will be able to pass the gate of death with their possessions. Then, if they have already shown themselves open to God and God’s grace in other ways, the barrier they placed will be down, and the healing process can and will begin. Thus, Jesus was not saying that the rich cannot be saved, but rather, it will be difficult for them because of their love of money. And yet, he wanted to make sure we understood, no matter how difficult it might be, “with God all things are possible” (Matt. 19:26b RSV). Jesus’s criticism of the rich and powerful, something found throughout his preaching, was not meant to be understood as an absolute condemnation of them, saying they were without hope of salvation, but rather to remind everyone that salvation can be and will be difficult; those who normally had it easy in the world often are the ones who have the most difficulty making way for grace in their lives, for that requires metanoia and a willingness to be transformed by such grace, something which those who are satisfied with their lives usually don’t do.

Thus, it is important to remember, as Jesus said, with God, all things are possible; no one is outside the possibility of salvation. This is why it is important to look at the example of various saints whose lives, at one time or another, would make it seem that they could never become a saint, because of how badly they lived their lives, embracing all kinds of injustices, causing great pain and sorrow to others. That all changed when they had some sort of encounter with God. Paul certainly suggested that he was one such person, because, before his conversion, he persecuted Christians. It was his rigorous ideology and his zeal for it which led him in the wrong direction; it encouraged him to engage violence for the promotion of his belief, violence aimed at Christians, a violence which he would later repent from and so find his way to grace, and with it, the true path of salvation:

For I am the least of the apostles, unfit to be called an apostle, because I persecuted the church of God.  But by the grace of God I am what I am, and his grace toward me was not in vain. On the contrary, I worked harder than any of them, though it was not I, but the grace of God which is with me (1 Cor. 15:9-10 RSV).

The life of St. Moses the Ethiopian gives us another extraordinary example of the way God can save anyone. He was an escaped slave turned highwayman; as a slave, he experienced great cruelty, and then, once he ran away, he dished out such cruelty to others. It was a lifestyle which could not last; if he continued at it he would either be killed by someone he tried to rob, or captured by authorities. Thus, when he was on the run, looking for a hideout, he found his way into the desert, and there, found himself hidden by one of its monks; while there, he found a desire for God stirring deep within; that desire led him to listen to the monk who helped hide him from authorities, repent of what he had done, give up his way of life, and become not only a Christian, but a monk as well. He did what the rich young man did not want to do, but it was not easy; he found it an extremely difficult spiritual fight as he had to fight off all the demons of his past, all the bad habits and inclinations he had developed through the years. over time, he was transformed, and he became, not only a man of peace, but a holy priest, who, upon receiving mercy was known to help others receive a share of that mercy themselves. He became so touched by grace, so touched by God, his life showed everyone the way grace could and would elevate us, helping us transcend earthly expectations, as one of the saying concerning his life indicates:

Once the order was given at Scetis, ‘Fast this week.’ Now it happened that some brothers came from Egypt to visit Abba Moses and he cooked something for them. Seeing some smoke, the neighbours said to the ministers, ‘Look, Moses has broken the commandment and has cooked something in his cell.’ The ministers said, ‘When he comes, we will speak to him ourselves.’ When the Saturday came, since they knew Abba Moses’ remarkable way of life, the ministers said to him in front of everyone, ‘O Abba Moses, you did not keep the commandment of men, but it was so that you might keep the commandment of God.’[1]

Moses knew that the rule of hospitality transcended the discipline of men. He lived a strict, ascetic lifestyle, and had overcome all the attachments he held in the past. Thanks to the grace he had been given, thanks to the way he had been transformed, he also understood the limits of even ascetic discipline, and that treating guests with hospitality was more important than fasting with the rest of his monastic community. The elders, of course, also understood this, which is why they lifted him up in front of the community instead of denouncing him as some wanted them to do. They knew the commandments of God, centered upon love, are more important to execute than the disciplines his community wanted to make, for the discipline itself was merely a tool to help people overcome all those things which got in the way of such love.

Salvation cannot be had without the grace of God. This doesn’t mean we are to do nothing. We are to accept grace, and in doing so, work with it, allowing it to transform us inside out. People will see the difference. Those who knew Paul before his conversion saw the difference in him, and those who knew Moses saw the change in him. Without grace, their worst qualities and characteristics would have got the best of them. But with grace, they were changed. And if they were changed, others can be as well. With God, indeed, all things are possible. Even the rich might one day be saved. 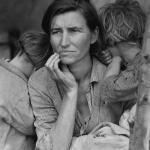 August 24, 2022
Society Must Help The Exploited Pay Off Their Debts
Next Post 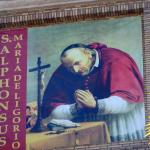 August 29, 2022 Natural Law And St. Alphonsus Liguori
Recent Comments
0 | Leave a Comment
Browse Our Archives
Related posts from A Little Bit of Nothing 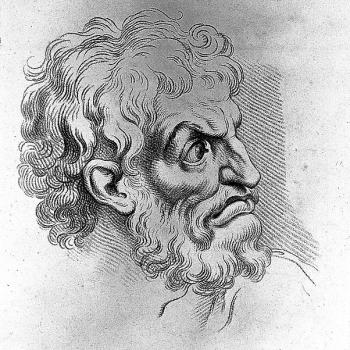 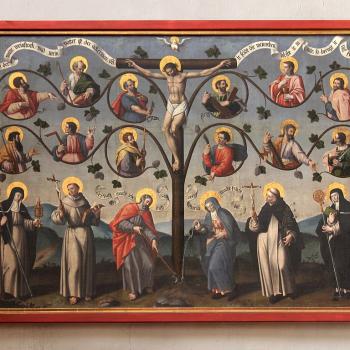 Catholic
From Death To Life, Discord To Unity: Jesus...
A Little Bit of Nothing 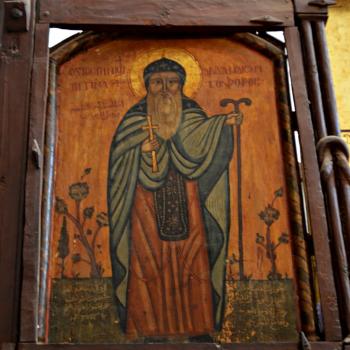 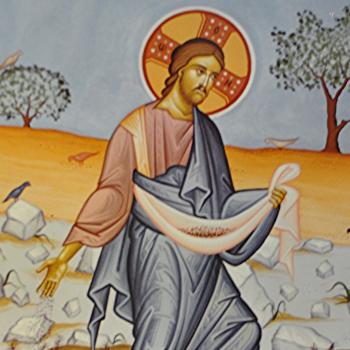 Catholic
Not By Works Alone: The Seed Of Grace...
A Little Bit of Nothing
TRENDING AT PATHEOS Catholic