Religion, at its best, reveals to us that the truth of God is love. The is certainly one of the highlights of the Christian faith. Love is the foundation of creation. Love, Christianity teaches us (with its doctrine of the Trinity), can also be said to be what unites the persons of the Trinity, allowing them to be three and yet one. Likewise love unites God with creation, for it is by such love that the incarnation takes place. Love is what has God give creation its own freedom to express itself, to make something of itself. Love is also what God gives to creation so that in and through whatever mess creation and creatures make by their own self-expression, God can find the good, and use it not only to restore everything back to what it was before any mistakes were made, but to find a way to make everything greater than it was at its inception. Freedom gives creatures a share in the act of creation itself, and it is love which has God make room for creaturely freedom, so that instead of being a dread absolute which forces itself upon creation, God is like a loving parent, guiding and directing creation, helping it to achieve its full potential. Free will is important, for love cannot be all it can be without such freedom.

We know love. As we experience love, we realize there are many facets to it, each which reveals something to us of the truth, each, then serving as a foundation for our religious experience. Each facet of love, indeed, serves as a foundation for religious experience, or else, it provides a way for religious experience to be sustained. For, without love, without realizing the love which has been revealed, and engaging it so as to become something greater thanks to its influence, religion loses itself and becomes merely a pale imitation of the truth which it claims to present. Ficino, at his best, understood this, which is why he was able to say,[1] “Indeed, creation is so ordered that there is no true love that is not religious, nor is there any true religion but that sustained by love.” [2]

This is why, though many can try to force others to hold to a particular religious belief or faith, such force runs contrary to the true spirit of religion, as it runs contrary to the love which is needed for the faith to take effect. “Faith is never in any way obtained by force, but rather one is persuaded by reason and examples. For that which is demanded of people in a violent manner is not capable of persevering in them.” [3] Love is not cruel or demanding, but those who have lost the sense of love, insofar as they have lost it (for many who act cruelly in regards to religion often have a sense of love which sustains them, even if it is imperfect and partial), have had their own religious devotion likewise diminished. Instead of trying to reestablish what they lost, they sustain themselves, then, not by the spirit of religion, but by power, by force of will, which is why legalists, insofar as they try to enforce the legalistic spirit upon a population, might appear to be strong adherents of a religious faith, show that in reality they are weak in faith and barely following their faith themselves.

The resurrection of Jesus presents to us the ultimate victory of love. God’s love will reign supreme. Those who are nourished and follow through with love, even if they find their own religious institution failing them, even if they find indeed, many abusing others through religion, will find that their faith cannot be destroyed as they know love, and especially the love of God, is the true foundation of their faith. What others do will hurt and wound them, and make them doubt perhaps the institutional expression of that faith, but the faith will remain, which is why Ficino rightfully said, “This religion, therefore, which has God as its champion and defender, can never be destroyed, even if it should be poorly practised by its own and cruelly assailed by its foes.”[4] It is God, God’s love, and the love which is found in us, which will prove more powerful than all the despicable behavior, all the hate, done in the name of religion.  Love will continue to resurrect that which has been assailed, giving to it more and more graces as needed, which is why a religious faith which is a living faith will be one which is always being reformed. For the love of God will be constantly revealing to the faithful what God wants, and they then will take that revelation to their religious institution and work to reform their institution so they can better represent the truth of love as it should. Those who ignore the core of their faith, the love which is revealed and the expectations which can be seen and understood as a result of that revelation, and so embrace the externals of their religion without love, often try to use force to keep the institution away from reform. This is why they often become legalistic, presenting their religious faith through the dead letter without the spirit of love, the spirit of life, manifest in their teachings. And so what they do causes scandal, causing many people to depart from the religious institution they promote; instead of realizing why this happens, they will try to blame everyone else but themselves for the harm which they have caused to their religious tradition.

In the end, we must realize that revelation, the revelation of God to all the people, a revelation of love, is where religion has its power. The ultimate truth, the truth of God, is to be found, not in the concepts we create for it, not in the words we speak to promote it, but in our silence, for then we can listen to and hear God, who alone can speak that ultimate truth:

We cannot speak of ultimate truth and express it in our concepts, but this is only because the ultimate truth itself speaks, wordlessly, for itself and of itself, expresses and reveals itself. And we have neither the right nor the possibility to full express through our thinking this self-revelation of ultimate truth. We must be silent before the magnificence of truth itself.[5]

Love transcends words, though is expressed in and through them. Christianity teaches us that God reveals everything to us in and through the Word made flesh, that is, in the incarnate God-man, Jesus. We must engage that revelation, and the love revealed in it, if we want to hold onto and engage the truth of our faith. Yes, we will use all kinds of conventions to explain what it is we have experienced and realized thanks to your engagement with God. We will have questions.  We will have a faith seeking understanding, seeking to explain how those questions can be answered. But we must always remember, all the answers we come up with and give must themselves give away to the greater truth which lies beyond them, to the ultimate truth of love which lies way beyond our comprehension. They are all secondary. What is primary is the revelation of love, a love which transcends words as it lifts us up and has us experience union with our lover, God.

[1] Ficino, to be sure, was a man like many others, and as a man, he could and did succumb to polemics, especially when he wanted to explain why he was a Christian after engaging the perennial philosophical tradition.  While his On The Christian Religion has many great insights, when he is engaging his broad foundation, it becomes petty, and indeed, troubling, when he engages polemics, as it allows him to use and embrace anti-Semitic tropes which he should have realized were wrong. He was, though a great thinker, still a man of his time, and it would take another generation, with men like Reuchlin, to sift through and polish his insight, so as not to be so anti-Semitic but to truly embrace the universal which Ficino only just began to see in his studies.

[2] Marsilio Ficino, The Letters of Marsilio Ficino. Volume 1.  trans. by members of the Language Department of the School of Economic Science, London (London: Shepheard-Walwyn, 1975; repr. 1988), 92 [Letter 48 to Filippo Controni of Luccai]. 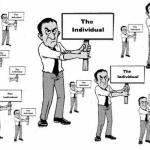 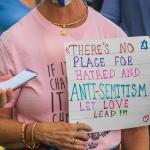 November 15, 2022 Anti-Semitism, Tradition, And Metanoia
Recent Comments
0 | Leave a Comment
"The Church went wrong when, contra Christ and Judaism, it adopted the doctrine of "Original ..."
Statistics Palin We Must Reform The Institutional Church ..."
"Monasticism began as an import from India to Egypt where it was already an institution ..."
Statistics Palin Monasticism Is Not A Pelagian Institution
"https://www.merriam-webster..."This isn't an example of how modern English is going to the dogs. Less has ..."
Henry Karlson Republicans Are Using The Debt Ceiling ..."
"Fewer and fewer people. Not less and less people..."
Dana Miles Republicans Are Using The Debt Ceiling ..."
Browse Our Archives
Related posts from A Little Bit of Nothing 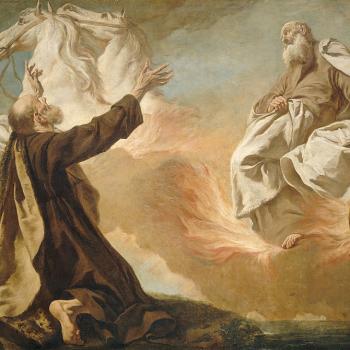 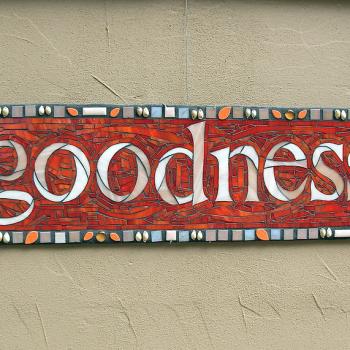 Catholic
Two Kinds Of Goodness
A Little Bit of Nothing 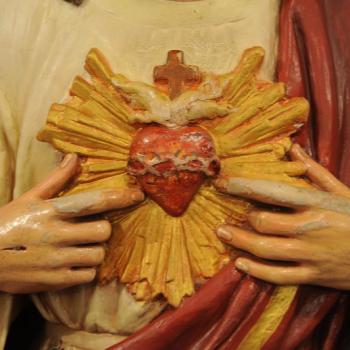 Catholic
Love And Worship
A Little Bit of Nothing 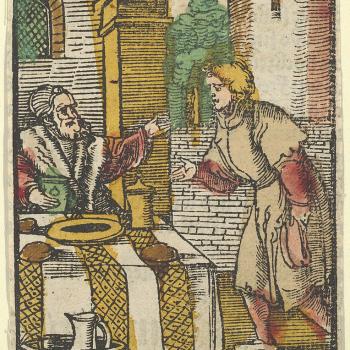