This essay is part of the #MyMosqueMyStory series

As I entered the women’s building of the mosque and took off my shoes, I could hear the imam over the loudspeaker saying that Islam had honored women by lifting the requirement for them to go out from their homes. I offered two rak’ats to greet the mosque then sat down among the sisters in their brightly colored hijabs and abayas.

The imam was now talking about women’s vast reward as wives and mothers. What about those of us who are neither? I thought. What about the virtues of women who stand before their Lord in prayer, who fast and read Qur’an? What about the women who help others and who serve their communities? But no mention of this ever came. I sighed.

Soon the imam turned to haya, the Arabic word for shyness. Haya is a broad concept in Islam. The most important form is to be shy before Allah (SWT) to commit sins. The Prophet (sAas) advised men on the cultivation of this virtue and modeled it himself. But by now, I wasn’t surprised when the imam proceeded to talk exclusively about women’s dress and conduct around men. It was already obvious he had a very patriarchal mindset. I think the saddest thing about patriarchal interpretations of Islam is how much they deprive both women and men of the true depth and richness of Islamic teachings.

I still wasn’t expecting just how far the imam was going to go.

As he continued his khutba, he said that women should wear full niqab. I’ve seen a handful of niqabis at the mosque over the last year, but never more than one at any given time and never more often than once every couple of months. He said that women should dress only in solid black outside their homes. I looked again at the beautiful colors and patterns that the sisters around me were wearing. At my own purple hijab. Did the imam even know how the women in the community commonly dress? Would he have said that if he could see us in front of him?

He said that the ideal woman never speaks to or is seen by any non-mahram man. Was this a joke? The community my mosque serves is primarily working-class and poor Muslims, many of them recent immigrants or refugees. I see other Muslim women at the store buying groceries for their families, on the bus, dealing with shop clerks, bank tellers, school officials, and every other kind of profession as they go about their daily lives. No one here is rich enough to afford servants. How would it even be possible to maintain the level of seclusion the imam was advocating unless you were very wealthy?

I thought too of the Prophet’s wives (rAa), teaching both men and women from behind a screen in their homes. Of the female Companions that made and sold crafts, that served as nurses during battle, that took lessons from the Prophet (sAas) at the mosque. I thought of Shifa bint Abdullah (rAa), appointed by the caliph Umar (rAa) as a market inspector. Not only was the imam’s view totally out of touch with the realities of ordinary women’s lives, but it wasn’t what the Prophet (sAas) had ever taught or directed. It was a distortion of Islam. An awful, patriarchal distortion.

I honestly think if this had been a lecture instead of a khutba, I might have gotten up and walked out at this point. Pretended I needed to step out for a minute, if I had to. But I couldn’t. It was jumu’a. I found myself instead physically closing on myself, as if to curl up in a ball. As if to separate myself from my surroundings without going anywhere.

I knew this mosque was anything but woman-friendly. There’s the separate building that cuts us off with no access to the imam – the worst irony of all was that even as I was cringing at the khutba, I wouldn’t have known the imam if I passed him on the street. I’ve never seen his face. There are the exclusionary signs that regulate women’s access. But this khutba was a new low. I felt smothered and silenced. That my very existence was unwanted. I had come here seeking community and been told my proper place was in hiding, cut off from the rest of the world.

Why was I here? Why was I putting up with this? Where else can I go?

This is the only mosque that I have access to. There are plans for a new mosque in town, but they’re still fundraising to purchase the site and it’ll be a long time before it’s an active prayer space. Choosing not to attend this mosque means being completely unmosqued again. Cut off again without a local community.

Humiliation or isolation, those are my choices. I focused on du’a as the khutba continued, asking Allah to guide me and give me strength. When the iqama began, I unfolded myself and stood up to pray.

As I walked out of the mosque after the service to catch the bus back home, I knew I’d be back again the next week I had prayer. Quitting isn’t an option. Even this community is better than nothing. Perhaps Allah will bring me benefit through it that I don’t understand yet. I have to put my trust in Him. 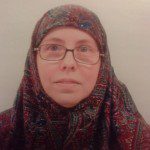 Laura P is a convert who lives near Seattle. She is a monthly columnist for LoveInshallah.com and her writing has also been published at altMuslimah, Hindtrospectives, and Patheos altmuslim. She also volunteers with the Muslim Anti-Racism Collaborative. Follow her on Twitter at @muhajabah.

December 9, 2015
Are my rights as an American linked to whether I can help eliminate ISIS?
Next Post 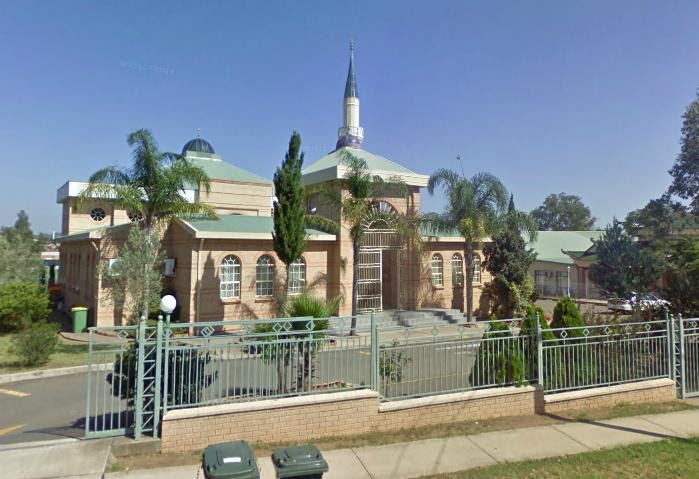