The Secret Ways to Awaken Kundalini Shakti Hidden in the Gita

Hidden within the Mahabharat, in the verses that talk of Bhishma’s death, and in the lines of the Bhagavad Gita, Krishna has spoken about the two paths through which Kundalini can rise, and the two methods through which a yogi can awaken the kundalini shakti. The verses about Bhishma waiting for Uttarayana to leave his body are actually hidden instructions on the ways to arouse and awaken kundalini. My thoughts on what is being said are below.

To my mind the idea of a certain definite time for liberation is inconceivable. It is not length of time, nor the position of the sun or moon in the sky that makes a Yogi able to liberate his soul to join the Superconscious, the Supreme Eternal, but his conscious meditation.

It may be argued in favour of the traditional interpretation that even Bhishma, when he was fatally wounded by Arjuna, waited for the sun’s return to the Northern solstice for the liberation of his soul in order that he might reach Para-Brahma. It is possible however to apply the words Uttarayana and Dakshinayana to other things than the movements of the sun, and so also the words Shukla and Krishna do not necessarily mean the phases of the moon. They may be interpreted to mean the paths in the body which a Yogi takes to reach Brahma and Para-Brahma, the conscious and unconscious paths dependent on the nervous systems of the body.

The nervous systems are of two kinds, one which is under the control of the will and is called the cerebro-spinal system and the other, the autonomic nervous system, which is not normally under our control.

The autonomic nervous system which is blackish in colour lies in front of the cerebro-spinal system and is called the Dakshinayana path. The cerebro-spinal system is whitish in colour and is called the Uttarayana path. Unless a conscious control over the Dakshinayana path is established, (and a Hatha Yogi generally accomplishes this in six months by directing the energy of control on to it through the Uttarayana path) a Yogi cannot reach the desired goal.

When the physical activity is controlled, we can to a certain extent control the activity of the mind, and direct the energy of control to the realisation of the sub-conscious. This is comparatively easy to achieve, as all the visible physical activity is under our conscious control through the voluntary or cerebro-spinal nervous system; but the invisible activities, such as respiration and the beating of the heart, which keep the body alive, are unconscious, that is not under our conscious control.

The suppression of the physical activity, without control of the autonomic system, wears away after a time and the individual returns to contact with the surrounding objects of sense in order to carry on his usual avocations. This is not what is desired by a Yogi who is desirous of reaching Para- Brahma. He is therefore told to control consciously the autonomic nervous system, the Dakshinayana or anterior path, so as to bring all the involuntary actions of the body under the control of the will. This can only be done by awakening Kundalini shakti to conscious activity, which is the foundation of the Dakshinayana path, so that its energy, the fire, can be directed towards the Sushumna (the spinal cord) which is the basis of the Uttarayana or posterior path, that is the cerebro-spinal system.

The dormant Kundalini is controlled by the Hatha-Yogic practices of Pranayama, Asana, Bandha and Mudra; these make the Kundalini impressionable, and direct the force of its fire along the conscious part of the nervous system. When this conscious control over Kundalini is obtained, the individual practically controls all the conscious and sub-conscious activities of the body and reaches the state of Nirvikalpa Samadhi, where he can liberate the Embodied Brahma to join the Supreme.

This is why Bhishma, who, according to his own statement was a Hatha Yogi, waited till he could direct the fire of the sun—Kundalini—to the Uttarayana, or posterior path, in order that he might reach his goal. He could not so direct the fire immediately after his severe wound, and if he had liberated his embodied soul at once, when the fire of Kundalini was in the Dakshinayana path, he would not have been freed from his sub-conscious activities, and would have had to come to life again to exhaust his past Karma.

This explanation of the working of Kundalini makes the interpretation of these two verses easier: A Hatha Yogi, desirous of reaching the Supreme Brahma, is able after six months’ practice to direct the»white flame of Kundalini along the conscious Uttarayana path and reach the Eternal, never to return to the created world ; while a Hatha Yogi who has no definite aim allows the black smoke of the smouldering Kundalini to go along the Dakshinayana path and in six months reaches the region of the moon, that is the moon-shaped cavity in the brain, where Udana-Prana, which controls the incoming and outgoing impulses is located. Having reached that he returns to his former self.

A Yogi who knows these paths has no hesitation in choosing the right one by which to reach the Eternal. Sri Krishna therefore advises Arjuna at all times to be constant in the practice of Yoga, and to direct the mind, made steady by practice, towards liberation ( Moksha). A Hatha Yogi who knows the Embodied Self, rises, above all meritorious deeds prescribed in the Vedas, all sacrifices, all austerities, and even almsgiving and reaches the Supreme Abode.

These words of mine are based on reading and understanding the words of Dr. Rele, whoc back in 1919, was the first man in modern times to explain some of the Yogic Phenomena by the help of our knowledge of the science of Anatomy and Physiology. His valuable treatise—the first of its kind ever attempted—explains clearly the physiological importance of various practices of HATHA YOGA and how they are helpful to a Yogi to gain supernatural powers—powers to perform miracles. The learned author has made a remarkable discovery by locating the Kundalini and has shown that his view compares favourably with the position given in the ancient books of Yoga. A highly useful book for students of Yoga, and those desirous of developing high mental and spiritual powers.

Sir John Woodroffe, in his Foreword to the book, says: Kundalini Yoga is of great scientific, parapsychic and metaphysical interest and I am glad to provide an introduction to the present conscientious and valuable enquiry. I am very pleased that a competent man of science has given to the subject the scientific attention which it has long required. His view is an original one. If he has made the discovery he claims so much the better.

Journal of Mythic Society: Gives physiological explanation of the powers of the Kundalini Yoga. Scientific reasons are attempted for the justification of the Supernatural powers possible of being attained by the practice of the Yoga profusely illustrated and well got up . . . deserves to be in the hands of all interested in physical and mental improvement by the system originated by the ancient Rishis, and in the development of scientific research.

July 27, 2018 Godavari Pushkaram - All You Need to Know
Recent Comments
0 | Leave a Comment
Browse Our Archives
get the latest from
Hindu 2.0
Sign up for our newsletter
POPULAR AT PATHEOS Hindu
1 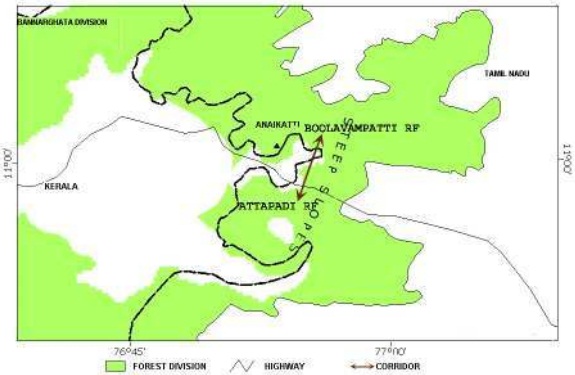