This is just a short post of the situation of the Kashmiri Pandits over the last two decades, after the genocide and exodus from Kashmir. Since there is a lot of discussion on Article 370 in the news lately, I thought a short post would be interesting. I will be doing a more detailed post on Kashmiri Pandits a little later.

Today there are only about 1500-2000 Kashmiri Pandits left in Kashmir. These rest have migrated to Jammu or other parts of India. Kashmir’s population in 2011 was 68 lakhs.

There is also a controversial Resettlement Act that the J&K government seeks to enact, which is currently in hearing at the Supreme Court. The act seeks to allow former residents of Kashmir, who migrated to Pakistan in 1947, and their descendants to return to Kashmir. 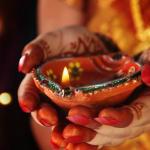 April 5, 2019
Similarities Between Judaism and the Hindu Way of Life
Next Post

May 6, 2019 Sant Morari Bapu - A True Epitome of Devotion
Recent Comments
0 | Leave a Comment
"HelloNice blog very use full this informationBuy astrological rudraksha online from Brahm Astro which is ..."
Dr. Monika shirmani Rudraksha Mala: Choosing correctly and benefiting ..."
"All About Lord Shiva. He holds a snake coiled around His neck, a Trishul, drum ..."
Sonampurohit Vishnu Sahasranamam Tamil PDF
"Does the English Version give original Sanskrit Shlokas and their translation in English or does ..."
Anand Ghurye Vishnu Puran PDF in English, Hindi ..."
"How easily he explained away her death..."
issreader Sadhguru Jaggi Vasudev’s Wife’s Death: Controversy ..."
Browse Our Archives
Related posts from Hindu 2.0