This is part two of a three-part review of Eric Seibert’s books. See my introductory remarks if you haven’t already. 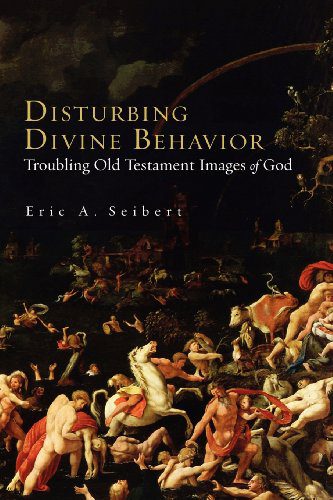 In Disturbing Divine Behavior, Eric Seibert systematically demonstrates that the Bible (and particularly the Old Testament) both contains and endorses an amount of divine violence that is not only disturbing by modern sensibilities, but also immoral by the teachings of Jesus.

He provides helpful categories for sorting through the different kinds of violence in the Old Testament (p. 17ff.):

For each of these categories, he provides a number of passages that illustrate such unacceptable behavior. If you’ve never been directly confronted with the violence of these passages, it may be quite shocking. I’ve read all of them a number of times before, and I was still taken aback when seeing them together like this.

Seibert goes on to explain why and for whom these passages are so problematic. He surveys some ancient approaches to dealing with these passages. And he looks at some recent attempts to justify this violent portrayal of God. He concludes that such violent behavior cannot and should not be defended. Instead, the control belief that guides our understanding of scripture ought to be corrected.

Simply stated, that control belief is as follows: God actually said and did what the Old Testament claims. The influence this control belief exerts over many interpreters cannot be overemphasized. It defines the boundaries within which they believe “solutions” to disturbing divine behavior can be found. If these portrayals really do reflect what God actually said and did, it makes sense to offer a defense of God’s behavior when it seems questionable or out of character. …

But what if this control belief is inaccurate? What if God did not actually say and do everything the Old Testament claims? What then? If this control belief is mistaken and we have determined that a solution to disturbing divine behavior can only be realized by working within its parameters, we run the risk of ending up like Columbus, insisting we have found Asia when our boat is docked in the Caribbean. More to the point, if this control belief is unreliable and we depend on it to guide our interpretation, we risk misconstruing the very nature of God. Given how much rests on the accuracy of this control belief, it behooves us to examine it carefully and thoroughly. (pp. 86–87)

And such a careful and thorough examination is exactly what Seibert does. He probes into every angle as he considers the question of historicity. He discusses, for example, the important differences between modern practices of recording history and ancient historiography.

Recognizing that Old Testament narratives are examples of ancient, not modern, historiography (history writing) leads many scholars to reject the popular assumption that these stories offer a trustworthy description of what took place in Israel’s past. While they would not deny that these stories often refer to real people, places, and events, and are at many points historically reliable, they realize that ancient historiographers were not principally interested in describing exactly what occurred. Assuming that Old Testament narratives were written to preserve a record of what actually happened is a modern—not ancient—historiographic assumption. That is not to suggest that these ancient writers had no interest in history or historical matters. They certainly did. It is merely to emphasize that no simplistic equation can be made between modern history writing and Old Testament narratives. (pp. 105–106)

Seibert also examines a number of contradictory portrayals of God within the text of scripture itself.

For example, while one passage speaks of God as the kind of being whose mind cannot change, another clearly states that “God changed his mind” (1 Sam. 15:29; Jon. 3:10). One passage claims that God punishes “children for the iniquity of their parents” while another portrays God emphatically stating that a child will not suffer for the iniquity of a parent (Exod. 20:5; Ezek. 18:20). On numerous occasions God is described as being “slow to anger,” while other passages seem to belie that affirmation (Exod. 34:6; Num. 11:1). Similarly, despite declarations that God is gracious and merciful, God is sometimes portrayed as hardening people’s hearts for the express purpose of allowing them to be slaughtered mercilessly (Exod. 34:6; Josh. 11:20). In each of these instances, we see competing and contrasting views of certain attributes of God. Contradictory portrayals like these could be multiplied many times over if images of God in the Old Testament were compared with those in the New Testament. (pp. 172–173)

Thus Seibert says we must distinguish between the “textual God” and the “actual God” (borrowing language from Terence Fretheim). “According to Fretheim, the textual God is the God located within the pages of the Bible, while the actual God is the God who transcends those pages. One is a literary representation; the other, a living reality” (p. 170). Yet this does not mean that any portion of scripture is entirely devoid of truth about God.

To be sure, some Old Testament portrayals capture a great deal more of God’s true essence than others, and some positively distort what God is really like. But I believe that most—if not all—provide us with opportunities to gain some insight into the character of God. In my estimation, the way forward lies somewhere between the extremes of total acceptance and total rejection…. (pp. 180–181)

So where does that leave us? How do we read such texts of scripture responsibly? What criteria do we use to discern the actual God from the textual God? Such questions bring us to my favorite part of the book.

In chapter 10, “Evaluating Disturbing Divine Behavior by the God Jesus Reveals,” Seibert makes the case that Jesus, and his teaching about God, should be the baseline by which we judge all other pictures of God. Seibert considers “the kind of God Jesus reveals” and identifies “some key characteristics of God that Jesus emphasized through his life and teaching” (p. 190ff.):

Although more characteristics could be discussed, enough has been said to develop a reasonably clear picture of the God Jesus reveals. … The Christocentric hermeneutic I am advocating suggests that this view of God should function as the standard by which to evaluate all other portrayals of God in Scripture. Since portrayals of God in the Bible can sometimes hinder our efforts to think rightly about God, a christocentric hermeneutic is essential to help us determine which depictions distort rather than display God’s character. Portrayals that correspond to the God Jesus reveals should be considered trustworthy, while those that stand at odds with this view of God should be regarded as unsatisfactory. (p. 204)

The book concludes with some additional strategies and practical suggestions for evaluating scripture. Two appendices then discuss violence in the New Testament, and inspiration and the authority of scripture.

Simply put, I love everything about this book. But I think my favorite aspect is just how systematic Seibert is in his approach to these matters. No stone is left unturned. And the various sets of categories he has identified are tools I will surely be returning to as I process such biblical texts in the future. I wholeheartedly recommend this book to you, as well as its sequel, which I will be reviewing soon.

[My review of The Violence of Scripture is now available.]

Disclosure: I received a free copy of each book from Eric Seibert and Fortress Press in exchange for an honest review. 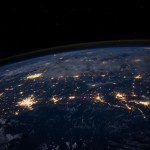 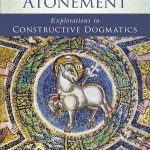 April 14, 2017 What Did Jesus’ Death Accomplish? (Here’s the Best Explanation I’ve Heard)
Recent Comments
15 Comments | Leave a Comment
Browse Our Archives
get the latest from
Hippie Heretic
Sign up for our newsletter
POPULAR AT PATHEOS Progressive Christian
1

Thanksgiving Day
Thanksgiving Day is controversial. No one should be surprised by it. I...
view all Progressive Christian blogs
What Are Your Thoughts?leave a comment
Copyright 2008-2020, Patheos. All rights reserved.