Italian Witchcraft and Covid-19 : Lemons, pins and the Aradia

Covid-19 health and wealth fears
The CDC advises that the Covid-19 pandemic “may be stressful for people. Fear and anxiety about a new disease and what could happen can be overwhelming and cause strong emotions … Fear and worry about your own health and the health of your loved ones, your financial situation or job, or loss of support services you rely on.”

We can infer that the two greatest fears associated with the Covid-19 pandemic would have to be health and wealth. Perhaps these fears could explain the rationale behind two recent finds which appear to be the end result of a witchcraft spell? 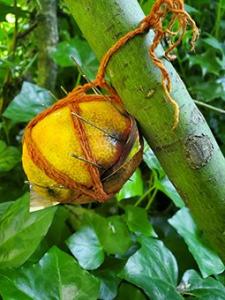 .@cqrcmp asking whoever is putting needles in lemons to stop. Two found recently — one in Gates Park, one on a trail by the Coquitlam River. There are online claims this sort of thing may be connected to witchcraft/voodoo. RCMP don't think the intention is to hurt anyone. pic.twitter.com/X89qwlYiE2

In June and July 2020, lemons punctured with sewing needles were found in Coquitlam, a city in the Lower Mainland of British Columbia, Canada. Some social media users seem to be on the right track as to their purpose.

In the last month, police have found two lemons with sewing needles inside them suspended from trees.

The first, discovered on June 22, was found tied to a branch in Gates Park. The second lemon was found July 14 on a Coquitlam River trail near Whyte Avenue.  …

A few people on social media have pointed out that lemons with pins inside of them are tied to pagan witchcraft; a lemon with multi-coloured pins can be a symbol of good luck, according to a popular book by an American folklorist.

Conversely, a lemon with black pins is thought to bring evil to the target of the incantation.”

Some background on the text from which the spell being referenced by social media users would be useful.

Aradia, or the Gospel of the Witches

Aradia, or the Gospel of the Witches is a 1899 book by Charles Godfrey Leland. The book is an attempt to portray the beliefs and rituals of an underground religious witchcraft tradition in Tuscany that had survived for centuries until Leland’s claimed discovery of its existence in the 1890s. Scholars have disputed the veracity of this claim. Still, the book has become one of the foundational texts of Wicca and Neo-paganism.  …  Its fifteen chapters portray the origins, beliefs, rituals and spells of an Italian pagan witchcraft tradition. The central figure of that religion is the goddess Aradia who came to Earth to teach the practice of witchcraft to oppressed peasants in order for them to oppose their feudal oppressors and the Christian church.”

Regarding the genuineness of the Aradia, anthropologist Sabina Magliocco examines the possibility, that “Leland’s manuscript represented a folk tradition involving Diana and the Cult of Herodias, in her article Who Was Aradia? The History and Development of a Legend. Magliocco writes that Aradia ‘may represent a 19th century version of [the legend of the Cult of Herodias] that incorporated later materials influenced by medieval diabolism: the presence of Lucifero, the Christian devil; the practice of sorcery; the naked dances under the full moon.’”

The spell includes incantations to Diana, but this Diana bears little resemblance to her Greek predecessor, Artemis. Leland writes:

The Conjuration of the Lemon and Pins – from the Aradia

The lemons punctured with sewing needles found in Canada were very similar, but not identical, to those described in a spell taken from Chapter V of the Aradia.

The Aradia states that if you receive as a gift a lemon full of pins of different colors, without any black ones among them, it signifies that your life will be perfectly happy and prosperous and joyful. You will enjoy good fortune and health.

If there are any black pins are among them, you may enjoy good fortune and health, but it will be mingled with some troubles. An incantation is provided to lessen the influence of the black pins.

If, however, you want evil to befall the recipient, you use only black pins, and a handy invocation is provided for this purpose.

The Canadian lemons were punctured with sewing needles rather than pins, all of which were the same metallic color, none of them being black. I think that there is an excellent chance that the person(s) making the punctured lemons was/were interested in an assurance of health and wealth as a result of uncertainty brought on by the Covid-19 pandemic.

Preparing your lemon / Incantation to Diana

For those who wish to sample some Tuscan witchcraft, most of the spell is simple, but the devil is in the details, if you’ll pardon the pun.

You’ll need access to a garden or orchard with lemon, orange, and mandarin trees at midnight. You also need a handful of multicolored pins, none of which are black. I would suggest that a night when the moon is full would be optimal.

At the stroke of midnight pick a lemon, followed by an orange and finally a mandarin.

Leland states that a “lemon suggestive of the Moon or Diana, its colour being of the lighter yellow. However, the lemon specially chosen for the charm is always a green one, because it ‘sets hard’ and turns black.” It should be noted that the Canadian lemons had already ripened, so this is another departure from the Aradia version.

There is an incantation below to be recited while gathering the fruits. Unless the trees are next to each other, I would suggest repeating the incantation three times, one for each fruit.

I would suggest picking the lemon with the left hand, looking up at the sky and reciting the incantation:

“Thou who art Queen of the sun and of the moon

And of the stars–lo! here I call to thee!

And with what power I have I conjure thee

To grant to me the favour I implore!

A lemon, orange, and a mandarin;

I’ve gathered them to bring good luck to me.

Two of them I do grasp here in my hand,

And that which is to serve me for my fate,

Queen of the stars!

Then make that fruit remain firm in my grasp.”

I would suggest picking the orange with the right hand, looking up at the sky and reciting the incantation above. Leland states that “the orange was the fruit of the Sun.” 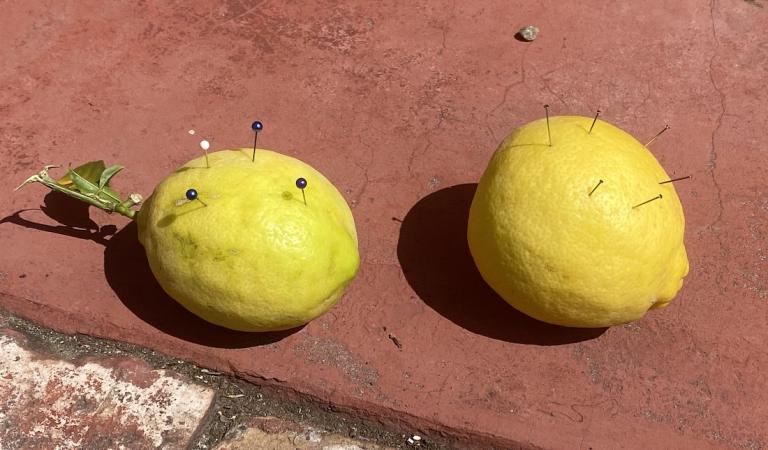 I would suggest picking the mandarin also with the right hand, looking up at the sky and reciting the incantation above. So, you now have the lemon in your left hand, and the orange and mandarin in your right hand. Leland doesn’t suggest any meaning for the mandarin, but the spell references the sun, the moon and the stars, so perhaps the mandarin is aspected to the stars by a process of elimination?

After this last invocation, apparently the goddess Diana provided the final instruction in the conjuration:

“Saying this, one looks up at the sky, and I found the lemon in one hand, and a voice said to me–

‘Take many pins, and carefully stick them in the lemon, pins of many colours; and as thou wilt have good luck, and if thou desirest to give the lemon to any one or to a friend, thou shouldst stick in it many pins of varied colours.’”

It seems that the orange and mandarin are put down, and the multicolored pins are driven into the lemon on by one. Visualize each of them imbued with health and wealth prior to driving them. The lemon is now complete and can be used as a talisman to bring health and wealth. Remember to give thanks to Diana for her role.

The fate of the orange and mandarin are not stipulated, as there is no further use for them. 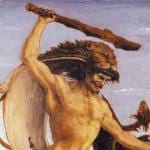 July 17, 2020
The Gods Help Them That Help Themselves
Next Post 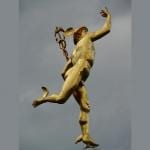 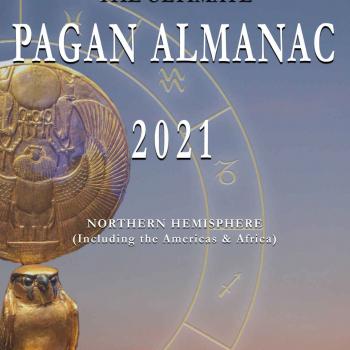 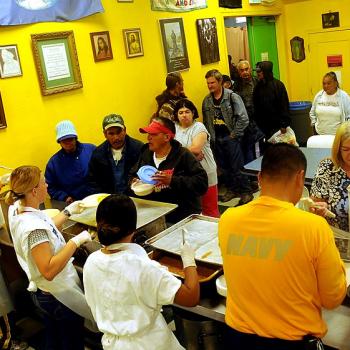 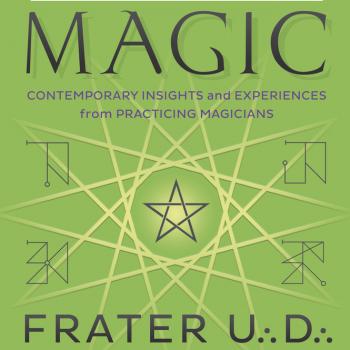 Get the Reading That Will Answer Your Questions!
Something is pressing and you are confused. Maybe it's nearing your birthday...
view all Pagan blogs
Copyright 2008-2021, Patheos. All rights reserved.
error: Content is protected !!