Proven Strategies to teach your Choir to Sing in Latin 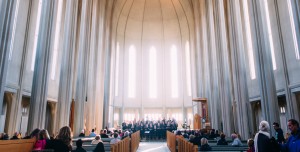 I do not think there is no choir worthy of the name that can avoid facing to sing choral pieces in Latin. It’s like loving art and not visiting Italy. In some countries, however, it is more difficult to sing in Latin as their language is very far away from Latin itself. There are some strategies that I adopted in my work in China and judging by the outcomes, they worked well. There are various ways of pronouncing Latin. Mine is Roman Ecclesiastical.

You begin teaching the pronunciation of vowels and diphthongs well. The vowels, as said by Robert Shaw, are the backbone. This work on vowels should be a prerequisite to everything else.

After that the pronunciation of the vowels is assured: with the inclusion of the consonants the choir members can begin to understand the dynamics of the accents, the centrality of the tonic accent and its relationship with accents that precede and follow it.

At this point it will not be a bad idea to make people understand how many words in modern languages ​​that they may be familiar with, are derived from Latin. This will let them understand that Latin isn’t a dead exotic language, but a familiar living one. 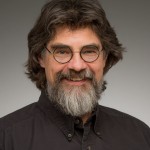 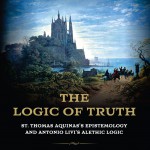 April 13, 2016 The Logic of Truth. St Thomas Aquinas's Epistemology and Antonio Livi's Alethic Logic
Recent Comments
0 | Leave a Comment
Browse Our Archives
get the latest from
Catholic
Sign up for our newsletter
POPULAR AT PATHEOS Catholic
1