Theodore of Mopsuestia and theological controversies 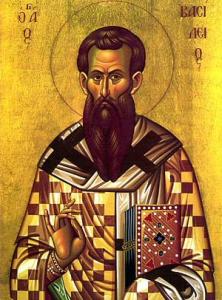 The life of Theodore of Mopsuestia (or Theodore the Interpreter, 350-428) started in that fatal 4th century, a time when in the Church there will be dramatic changes that will remodel change completely the way she will act in the world. This is a time of great Christian thinkers, as Ambrose, Augustine, Jerome, Athanasius, Basil, the two Gregory’s, Damasus, Leo and so on. So not many are probably familiar with this bishop born in Antioch, in today’s Syria. He was raised in a well off family and was also a good friend of another great man in this time, John Chrysostom. He was first attracted to ascetics and wished to retire in a monastery in Antioch, but then was attracted by mundane life. But it seemed that it was the same John Chrysostom who was able to change his mind and to make him return to the good behavior he had previously. He was ordained priest and in 392 was ordained Bishop of Mopsuestia (today Yakapinar in Turkey).  He would be Bishop until his death (428/429).

He was a great commentator of the Holy Scripture and this is why he was also called “The Interpreter.” His teachings were not devoid of some opinions that were close to heresy but on the other hand he was a also a strong defender of the Catholic faith. Returning to the controversies he faced we can read: “The context of the Arian Controversy is also essential for understanding Theodore’s thought and the scholarly treatment it has received. As Theodore was groomed for Christian ministry in such a theological atmosphere, it should not surprise that Theodore’s intellectual activity continued to center around theological controversy. Most of Theodore’s writings engaged in one of the two great controversies that marked his career. The first controversy surrounded the continued discussion of the relationship between the Father and the Son, with the status of the Holy Spirit also becoming contentious as a full-fledged doctrine of the Trinity took shape. Theodore engaged deeply in these debates and became a major figure in shaping the discussions over almost four decades. These Christological debates never fully took him away from his early interest in biblical exegesis, however, and Theodore continued to write commentaries and an important work on hermeneutical theory in which he attacked the Christian use of allegory in the interpretation of scripture. Theodore’s engagement with these theological controversies gained him a great reputation in some circles and considerable notoriety in others. His theological writings made him a prominent figure among the clergy of Antioch and led to his elevation to the bishopric of Mopsuestia in 392. Theodore even gained the attention of Theodosius and received considerable praise after preaching before him. The canons of the Council of Chalcedon also mention him favorably, accepting Ibas of Edessa’s characterization of him as “a herald of the truth and doctor of the Church.” However, Theodore also received negative attention as well, particularly from theologians active in Alexandria. The positions Theodore took on these controversies and the reception they received have contributed significantly to the questions that drive the scholarly treatment of Theodore in general and his catechesis in particular. Denunciation of Theodore’s theology would continue until reaching a crescendo in the sixth century, when the emperor Justinian secured his condemnation as a heretic. This combination of praise and condemnation has continued to reverberate in the modern scholarship on Theodore, which focuses on the two main controversies he engaged in. The predominance of these controversies in the scholarship on Theodore has made it difficult to appreciate him as a pastoral theologian. Nevertheless, some of Theodore’s concern for pastoral matters emerges even in the context of considering his exegetical and Christological thought.” (Schwartz, Daniel L. 2013. Paideia and Cult: Christian Initiation in Theodore of Mopsuestia. Hellenic Studies Series 57. Washington, DC: Center for Hellenic Studies).

To appreciate some of his writings, we can read some phrases from his Commentary on the Nicene Creed (translated by Alphonse Mingana): “We are in need of great care and immense diligence in order not to fall away from this great promise and suffer the fate of Adam who was driven out of Paradise. This is the reason why we partake in a wonderful way of these awe-inspiring mysteries with a true faith which has no doubt,  and we ought not to forget this faith but to keep what we have received with great care. When we have received these heavenly gifts in a perfect manner so that we may delight in them, and when we have become their heirs in our actions, it is impossible that we should fall away from them. As long as we are on the earth, however, because we only receive them by hope through our participation in these mysteries, it is possible to fall away from them, as we have a changeable nature. We ought, therefore, to have great care and anxiety concerning them and to endeavor truly to possess the hope of the future in our souls.” And this is certainly a teaching we should never forget. 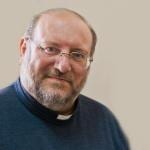 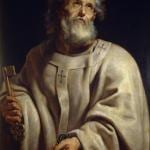 March 8, 2019 The duty to teach: the Chair of Saint Peter
Recent Comments
0 | Leave a Comment
"Years ago, I transcribed the works of Synesius onto my GeoCities blog. It can be ..."
Henry Karlson Synesius of Cyrene and Neoplatonism
"Deep meaningful joy is better than easy, simple, straightforward joy? Chocolate is better than vanilla? ..."
HematitePersuasion The superficial joy contained in Many ..."
"A new spin on Cheap Grace............people stop attending Mass because they 1. No longer believe ..."
MurphsLaw A proposal: to move the homily ..."
"Standardized testing!! AHHHHHHHHHHHHHHHH!!!!!!!Unschooling?!!!!!!! AHHHHHHHHHHHHHHHHHHH!!!WHY HAVE YOU POSTED ALL THE BAD THINGS IN ONE BLOG???!!!!!! WHY!!??? ..."
Bemused Rethinking education
Browse Our Archives
get the latest from
Catholic
Sign up for our newsletter
POPULAR AT PATHEOS Catholic
1 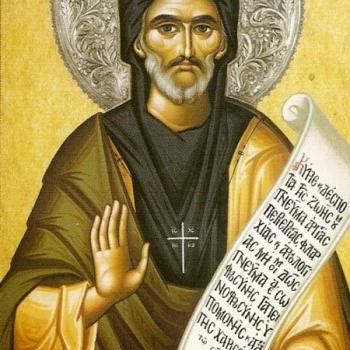