If there’s one story I’m tired of opening on my computer, it’s the public figure who openly denigrates the study of philosophy. It is mystifying to me that people in positions of prestige and even power can be utterly clueless as to what philosophy is and what it equips its students to do.

This time, it’s a United States governor. Dennis Daugaard, the Republican governor of South Dakota, was quoted in an interview this month giving students the following advice about picking a major:

High school graduates in South Dakota looking at $25,000 in debt for a college degree should do the math first, Gov. Dennis Daugaard says.

What is more likely to pay off those loans, the governor asks: A good-paying job in a growing sector of the state economy — such as science, engineering and skilled trades — or a degree in philosophy?

That comparison is a non-starter. It doesn’t make sense to contrast the economic benefits of a specialized profession with those of a general study that is foundational to many disciplines. For one thing, philosophy undergraduates tend to do very well in graduate school, as this response to Daugaard makes clear. Quantifying the payout from a Master’s degree gives philosophy an advantage over other majors.

Daugaard’s reasoning may be a bit mercenary, but his opinion about philosophy  is hardly unique. A few months ago Neil deGrasse Tyson, the popular scientist and host

of this year’s reboot of Cosmos, offered his similarly low opinion of the study of philosophy. In his terrific takedown, Massimo Pigliucci quoted Tyson at length on multple occasions dismissing the subject, calling it a “pointless delay in our progress.” Tyson apparently believes the values of physical science and philosophy are inversely related: As one progresses, the other becomes obsolete.

Tyson’s view appears to be one of pure scientism, the belief that all of reality and human experience can be explained accurately with only scientific categories. It’s easy to attack the crassness of Daugaard’s money-thumping while shrugging our shoulders at folks like Tyson and relegating the issue to a matter of personal opinion. Yet they are two sides of the same coin. The value of philosophy is entailed in the conviction that scientism is false. Biochemical processes do not explain all of human experience. If scientism is true, then Tyson is correct, and by implication, so is Daugaard.  If scientism is false, then Tyson is wrong, and Daugaard is simply contributing to the diploma mill.

Unfortunately, the untrue caricatures of philosophy are tough to shed. Consider the opening paragraph of a recent article from The Atlantic on the philosopher Alain de Botton:

Philosophy has earned a reputation as a complicated, inaccessible, and irrelevant pursuit, consigned mostly to old white men in wood-paneled offices. It’s vaguely associated with asking the kinds of big questions—Do we exist? What does life mean? Is there such thing as right or wrong?—that can seem frustrating, impractical, and, perhaps, pointless.

The article then goes on to extol the “therapuetic” philosophy of de Botton, praising his work for its refusal to be “aloof and pretentious” like that of other philosophers (by whom the author means Plato and Immanuel Kant). This cultural mood seems to have put philosophy in the dock and demanded it justify its own existence. To be fair, there is quite a bit of bad and useless philosophy out there. But there is also bad science too, and bad psychology, and bad marketing, and bad gender studies. The value of studying philosophy deserves only the same amount of skepticism given to these subjects, but it seems it’s been getting a lot more.

Plato alone contains most of the foundational building blocks of Western civilization, while Kant’s work changed the way the Western world thought about religion. If these bare historical facts are not enough to justify a continued societal and political investment in philosphy, what would be? Reading philosophy can be difficult, yes. The good news is that, as C.S. Lewis pointed out, reading the great philosophers themselves is much easier than reading commentary about them.

Philosophy is only pointless if the greatest ideas in human history are also pointless. And if that’s the case, we have much bigger problems than student debt. 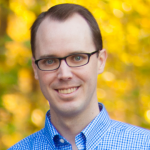 September 29, 2014 Keeping Science Fallible
Recent Comments
0 | Leave a Comment
Browse Our Archives
get the latest from
Evangelical
Sign up for our newsletter
POPULAR AT PATHEOS Evangelical
1

Challenge to Trump from the Right?
Cranach
Related posts from Samuel D. James