Sean Davis’s inquiry into the accuracy of some of Neil deGrasse Tyson’s recent claims should be a classic case of journalism doing its job on behalf of the public. After all, the usual suspects are all here: A well-respected public figure (Tyson) making assertions of questionable truthfulness; said assertions are widely accepted without question, until a blogger uncovers serious discrepancies that make it almost certain that the assertions are partially or wholly false. This is quite a familiar narrative to anyone who reads news involving politics or religion.

Neither is it surprising that Tyson doubled down in his response to The Federalist’s charges. In his Facebook post of the email exchange, Tyson twice deflects questions about sources by saying his purpose is not to “indict” one particular person or article, “but to cite a broader issue that affects all of American society.” At the very least, this is a poorly framed response, implying that Tyson’s truthfulness should take a backseat to his altruistic intentions. No one could fault Tyson for a

genuinely foggy memory. What’s disappointing is his sturdy refusal to admit his own fallibility. This becomes even more glaring when he addresses the accuracy of his supposed quotation from former President George W. Bush:

[Sean Davis] 3) Tyson regularly tells his audiences about the time that President George W. Bush said, in the week after 9/11, “Our God is the God who named the stars” as a way of dividing people based on religion. Can you please provide me with the original sources of this exact quote from President George W. Bush, including the date on which he said it, the venue, and the full remarks in which the quote appeared?

[Tyson]  September 11th2001 affected me deeply, as was true with most people…

I have explicit memory of those words being spoken by the President. I reacted on the spot, making note for possible later reference in my public discourse.  Odd that nobody seems to be able to find the quote anywhere — surely every word publicly uttered by a President gets logged.

FYI: There are two kinds of failures of memory.  One is remembering that which has never happened and the other is forgetting that which did. In my case, from life experience, I’m vastly more likely to forget an incident than to remember an incident that never happened. So I assure you, the quote is there somewhere. When you find it, tell me. Then I can offer it to others who have taken as much time as you to explore these things.

One of our mantras in science is that the absence of evidence is not the same as evidence of absence.

Tyson should be embarrassed by this arrogant response. On top of appealing to his own memory as sufficient testimony the same way a rogue reporter might defend false reporting by pointing to his own notes, Tyson implies that the fault must lie with the journalists who aren’t “able” to do their job. Then he again extols the capacity of his brain and informs Davis that he and his staff must by necessity be wrong. Later on Tyson commented on the Facebook thread in response to the quotation being found and his statement being shown to be untrue: ” I transposed one disaster with another (both occurring within 18 months of one another) in my assigning his quote. Perhaps that’s a measure of how upset I was in both cases. The mind is surely the next mysterious universe to be plumbed.”  Not once does Tyson in any of this exchange actually say he was incorrect or even admit that that’s possible.

It’s difficult to understand why Tyson didn’t simply diffuse the situation via retraction and apology. I agree with The Washington Post’s Jonathan Adler that Tyson’s behavior puts his integrity on the line.

It’s frustrating to note the shortage of real public pressure on Tyson. John Aziz, for example, grants that Tyson should correct the record, but then suspects that close attention on Tyson’s discrepancies is motivated by global warming denial. “[I]t should be said that none of Tyson’s errors amount to methodological or factual errors in published scientific papers,” Aziz writes. This may be true but it’s also completely irrelevant. Sean Davis’s investigation suggests that Tyson may have a considerable history of public fabulisms. Saying false things–and then doubling down on  your own brilliance when evidence of your mistake is raised–is an issue that affects the credibility of any person, scientist or no.

Aziz exemplifies here a troubling attitude that some, particularly on the Left, have towards scientific research. The notion that a fudged quotation here or a false statistic there don’t add up to a crediblity problem for an accomplished scientist is valid only if one believes that scientific work is a completely closed realm of self-referential authority. That is, unfortunately, how some scientists have postured their discipline (consider Tyson’s extreme dismissiveness towards those studying philosophy). In a recent cover story for National Review, Charles Cooke noted that scientists seem of all professionals most encouraged to dispense authoritative knowledge on issues well outside their academic training. This bespeaks a change in the way society perceives what “scientist” means. Rather than a fallible observer who utilizes the scientific method to test hypotheses, the word now drums up images of a priest of culture dispensing quasi-religious wisdom to the ignorant masses. “It’s science” has become the new “it’s Gospel.”

But science, like all of mankind’s intellectual disciplines, is fallible. That means that scientists themselves can make mistakes. Neil deGrasse Tyson doesn’t deserve more benefit of the doubt in the face of incriminating evidence because he is smarter than a journalist. Tyson is an accomplished and charismatic public intellectual, but he is still a human being who needs to admit and apologize when he goes on the record with false statements. Big journalism is very good at this principle when the offender is an NFL commissioner, a minister, or a fellow journalist. When a scientist like Tyson is involved, the reporters seem to get bashful. Keeping science accountable and fallible is in the best interest of everyone, not least of all the scientists themselves. 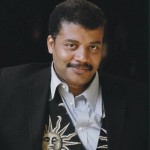 September 29, 2014 Jonathan Merritt Should Apologize to Kevin DeYoung
Recent Comments
0 | Leave a Comment
Browse Our Archives
get the latest from
Evangelical
Sign up for our newsletter
POPULAR AT PATHEOS Evangelical
1

Challenge to Trump from the Right?
Cranach
Related posts from Samuel D. James