Should Those Sermons Be Turned Over?

Should Those Sermons Be Turned Over? October 15, 2014 Samuel James

Collin Garbarino makes a Christian’s case that they should:

A sermon is a proclamation of the gospel of Jesus Christ. If a bureaucrat wants to read about the gift of salvation given to those who believe in Christ Jesus, who am I to stop him? Every pastor I know would love to have people pore over his sermons. But all of the sudden this changes when the person in question works for a lesbian Democrat. Now I hear people shouting, “They have no right to our sermons!” Well of course they don’t, but that doesn’t mean we shouldn’t hand them over anyway.

Are there things in these sermons that would damage the cause of Christ? I hope not. If there are, then our pastors need to start preaching better sermons. If our churches preach inflammatory untruths, then me might have something to be ashamed of. But if our pulpits proclaim the word of God, then what have we to fear?

First of all, Garbarino’s subtle implication that the reaction from pastors might be different if the mayor were not a “lesbian Democrat” is absurd, unfair and more than a tad manipulative. It also seems strange given that he admits that the request is “disturbing” and “a violation” of church-state relations. Is he implicating himself here?

Secondly, I don’t buy the “evangelism at any cost” argument. Yes, pastors should want government officials to hear the Gospel. Yes, the pastors of Jesus’s flocks should be preaching gospel-centered hope.

But a group of city attorneys’ scanning sermon manuscripts for the words “homosexual,” “gay,” and “sin” hardly constitutes an evangelistic encounter. Evangelism is not merely any in-your-face occurence of Bible + person; otherwise we should be encouraging Christians to–as the mayor’s office is doing–subvert law and order to get the message out, perhaps by trashing an abortion clinic and leaving tracts or by picketing a mosque. When Christians are careful to explain why such behavior is not acceptable, they emphasize that the how of Gospel ministry matters just as much as the what. The how of turning in sermon manuscripts to the city government would be an endorsement of injustice in the name of evangelism.

Third, the phrase “inflammatory untruths” is one that needs authoritative definition. The trick is deciding who has that authority. Does Mayor Parker? Does the Texas legislature? Does each congregation decide? Garbarino?

Arguing that pastors should have nothing to hide is the right response to the wrong issue. If this case involved a local pastor’s running for public office, then we could naturally expect his and his church’s teachings to come under scrutiny. In that case I too would say that pastors ought have nothing shameful to hide. But this subpoena concerns local pastors who aren’t even named in the civil suit against the government. The possibility of embarrassing or unbiblical teaching is as irrelevant here as the possibility that Michael Brown would have grown up to be a criminal. It’s a mistake of sequence: The mayor’s office is unjust and unlawful in demanding these sermons, therefore, the pastors should not have to justify themselves to it.

I understand Garbarino’s concern that Christians maintain primary citizenship in the kingdom of God and not conflate that with citizenship in America. That’s a message that needs to be heard. But it’s not the point here. The point is that submitting to this gross act of bullying would be disastrous not just for religious folk but for citizens of Houston in general. Government transgression of civil liberty doesn’t just happen to one particular group; when it happens, it is a violation of everybody’s civil liberty. Pastoral resistance to Mayor Parker’s demands is crucial for the upholding of law on behalf of everyone in Houston, straight or gay, black or white, pastor or layperson. 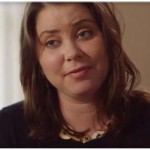 October 17, 2014 Brittany Maynard, Rachel Held Evans, and Not Giving Up
Recent Comments
0 | Leave a Comment
Browse Our Archives
get the latest from
Evangelical
Sign up for our newsletter
POPULAR AT PATHEOS Evangelical
1

There Are No Atheists In Hell
The Chorus In The Chaos
Related posts from Samuel D. James