Brittany Maynard, Rachel Held Evans, and Not Giving Up 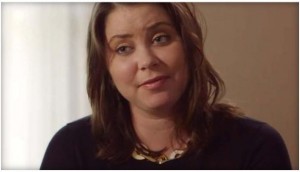 The saddest thing about Brittany Maynard’s journey towards suicide is not that she is making the wrong choice, though she is. It’s the fact that her choice has made her a cultural celebrity, an adulated icon that symbolizes Western idolatry of youth, vitality, and sexiness. I can’t look at Maynard, beautifully photographed in People magazine, without thinking of the cancer-stricken children at Kosair Hospital here in Louisville. Should they give up too? If Maynard is dying with dignity, are these children living without it?

Acknowledging that no one can avoid “the way of all the earth” is one thing. That’s why people anoint their successors, write their wills and give last lectures. But when Maynard says she wants to die with dignity, what she means is she wants to live with it at any cost. If being mobile and cognizant and having a full head of long hair comes at the cost of death, so be it. That’s how she wants to be remembered.

Perhaps this seems to the reader as “judging” Maynard and her family. I suppose that’s somewhat true; yet Maynard’s astonishing, nearly ubiquitous presence on the web, television and print suggests that her story is more than a story, it is a sermon. Consider Ezekiel Emanuel’s widely-read essay on why he wants to die at 75. Emanuel has not been friendly to the assisted-suicide movement, yet the similarity between his and Maynard’s valuations of life outside of independence and optimum health is uncanny.

These thoughts have emotional resonance for me. My maternal grandfather spent the last few years of a well-lived life in a state of nearly perpetual confusion. Dementia is often a punchline, but my grandmother can assure you that there is nothing humorous about a 75 year old man’s soiling himself because he forgot where his own bathroom was. Eventually he was confined to a wheelchair and then a hospital bed. We prayed for a miracle. It never came. When he passed, we thanked God that Papa was now in the presence of the One he loved the most. But not once did we entertain the possibility that life after flourishing was not worth the struggle.

If the life of faith is anything, it is the holding of two truths in tension. The first truth is that pain and suffering and are real and grievous. The second truth is that hope has the final word in history and must be held onto. Despair’s temptation lies in its promise to relieve the tension, to grant rest to the one weary of waiting on God. It’s a temptation not just in seasons of cancer, but in seasons of spiritual crisis too.

“I think I would have failed Abraham’s test,” writes Rachel Held Evans. “Maybe the real test isn’t in whether you drive the knife through the heart. Maybe the real test in whether you refuse.” In those words one can hear an echo of desperation as the journey veers towards unbelief. Evans has weighed in moral balance the commendation of Hebrews 11:17 and found it wanting. If God really did command Abraham to sacrifice Isaac, the son of promise—and note that Evans seems resigned to the fact, if the Bible is comprehensible in the slightest, He did—then Abraham was wicked to even “gather the sticks.”

Evans, like many of her fellow progressive evangelicals, has a burden to relieve emotional dissonance between what God is like in most of the Bible and what she knows He is like in her life and experiences. But her essay is a remarkably candid break from the usual progressive framework. Rather than carefully laying out why the sacrifice of Isaac wasn’t really commanded by God, or isn’t what it looks like, or (most reliably) why most evangelicals have simply co-opted the narrative to build their power structures, Evans goes a different direction. She confesses that if God were really like that, and if God could really ask that, and if she were the person to whom the command came, she would tell God, “No.”

Evans presents herself with a shocking choice: Either the Bible doesn’t really tell us what God is like, or God is evil and we’ve no right to condemn those who do evil in his name.

Evans is despairing. Her false dilemma reveals how she’s become a victim of her own beliefs. Because the Bible’s “meaning” is really just interpretation affixed with authority, you cannot argue that people like Joseph Kony or Joseph Cotton are guilty of misreading the plain meaning of the Bible. There is no plain meaning of Scripture, and therefore, the issue is whether one will “follow Scripture” at all. The ones who do so are obligated by honesty to admit the homicidal implications of their worldview. Given all this, I can empathize with Evans’ despair.

What Evans is too tired to do is the hard work of theology. Putting together the doctrine of God’s love and mercy with the doctrine of God’s sovereignty and righteous condemnation of sinners is too difficult. The paradox has created an irreparable dissonance within her spirituality. Rather than submitting to the view of Scripture that Jesus endorsed, and trusting in the goodness of the Spirit that illuminates the meaning of the Word, Evans believes she has to make a choice: Scripture or conscience, Bible or values, Joshua or Jesus.

This is the language of despair, the heavy sigh of the weary soul. The possibility of being undignified, of landing on the wrong side of history and being thought a relic of a detestable faith—it all seems imminent, so a choice must be made. To avoid the indignity of a wrathful God, Evans must walk away from Scripture.

I wish these two women could believe that the struggle is worth it. I wish they could joyously believe that, though they are indeed fragile, their heavenly Father isn’t. I wish they could say with Spurgeon, “I bless the wave that casts me upon the rock of ages.” I wish they knew they don’t have to choose between hope and truth. For Maynard, the truth of her cancer has whited out hope. For Evans, the hope of a loving God has meant an abandonment of truth.

The same God who cursed the ground because of sin will one day make all things new. The same God who must uphold the just requirement of divine law has freely canceled debts of millions. The same God to whom all flesh must give an account surrendered up his supremely innocent Son to make forgiveness for His enemies. At the heart of the Gospel are tense truths. We see as a through mirror dimly now, but one day we will know as we are known. We must never give up.

October 15, 2014
Should Those Sermons Be Turned Over?
Next Post 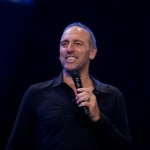 October 19, 2014 A Hill(song) On Which to Die
Recent Comments
0 | Leave a Comment
Browse Our Archives
get the latest from
Evangelical
Sign up for our newsletter
POPULAR AT PATHEOS Evangelical
1