Loneliness and the Religion of Personal Autonomy 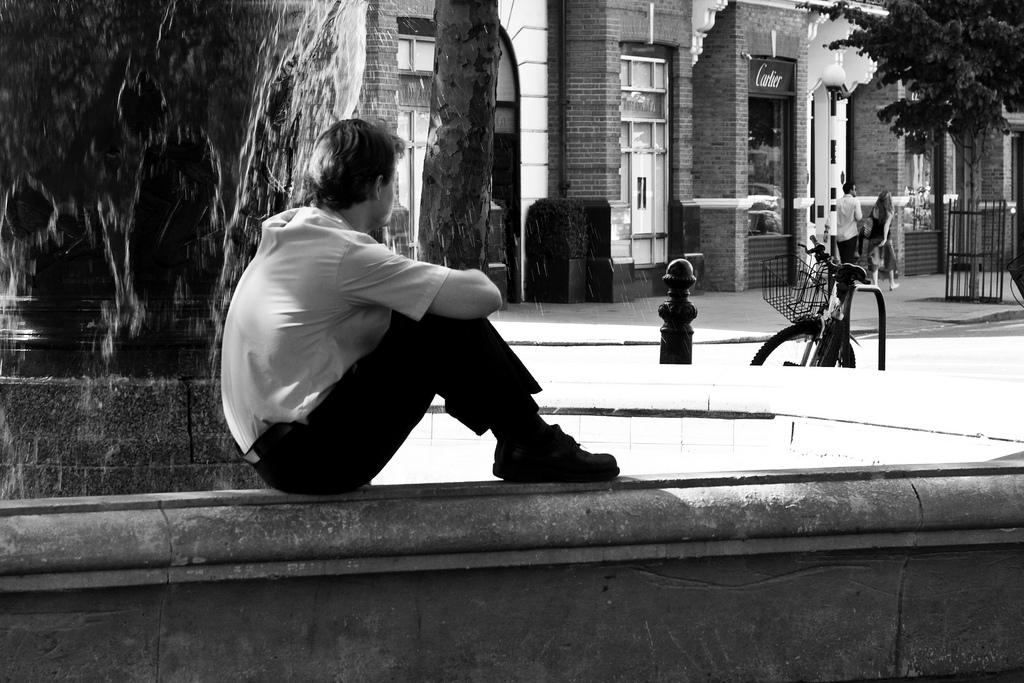 Is it even possible that my generation, which sends 6 billion text messages per day and 6,000 thousand Tweets per second, is fatally lonely? Not only is that possible, it’s increasingly the consensus of social and behavioral scientists. Carolyn Gregoire at Huffington Post has highlighted a report from the journal Perspectives on Psychological Science that discusses the serious effects that chronic loneliness can have on health. One study concludes that the connection between loneliness and decreased physical well-being (including lifespan) is so well-established that loneliness should be considered alongside things like obesity a “public health concern.”

The irony is obvious. Millennials sit perched atop the most dazzling machines of communication in the history of human race. Of all the emotional ills that could possibly afflict someone, chronic loneliness seems like something that should be thoroughly vaccinated against by now. Yet not only are we still lonely, we are lonely in an intensity and frequency that very well may exceed any generation in our country’s history.

Secular commentators usually explain our condition one of two ways. The first and most popular explanation is that economic inequality creates this interpersonal isolation by perpetuating the class divide and rewarding self-seeking behavior. This kind of worldview tends to reduce human dynamics to personal power structures. While it is true that poverty can keep people from investing the time and resources in meaningful relationships, it’s also true that many non-Western cultures are intensely communal even at the lowest economic levels.

The second common interpretation is closer to the mark. According to this view, the astonishing mobility of the modern information age has displaced us. No longer tied by necessity to hometowns, jobs, or even spouses and families, we lack the social anchoring that creates community between people united by geo-social realities. Instead, our lives are highly atomized; our jobs are just jobs, our neighborhoods are just streets with houses, and our friends are not necessarily connected to either. We can create custom lives to suit our desires, but this often comes at the expense of a sense of place and belonging.

This explanation is interesting because it suggests that personal autonomy–the right and ability to live one’s life absolutely according to personal desire and being ultimately accountable only to oneself–is actually an enemy of friendship. Personal autonomy, especially sexual autonomy, is practically America’s real religion of choice. Personal autonomy  is the religion that undergirds no-fault divorce, abortion rights, the decline and redefinition of marriage, and moral relativism. The autonomous self is the self that proudly declares “Only God can judge me” and lives as if “God” and “me” are the same person. It’s important to note that “personal autonomy” and “selfishness” are not the same thing. It is possible to spend one’s life unselfishly advocating for the autonomy of others, and seeking to “stamp out” those who publicly critique autonomy doctrine. That’s precisely where many social progressives currently find themselves.

People convinced of their autonomy are more confident to upheave social expectations on their lives. If you live your life outside the moral universe of religion, tradition, and human flourishing, then you are indeed more likely to craft a custom built code of ethics that may make you feel like a “revolutionary.” Yet such revolutionaries often tell of a sense of isolation, unmet emotional fulfillment, and personal stagnation. One example is the liberation promised by the sexual revolution, which has instead turned out to be a legacy of broken homes and deeply dysfunctional lives. Though Westerners are less likely than ever to filter out their sexual desires through transcendent moral norms, they are more likely to be emotionally isolated, sexually frustrated, and depressed.

Why are autonomous selves so lonely? Because the doctrine of personal autonomy is a deathblow to the foundation of genuine relationship and community. Love, the opposite of loneliness, requires the surrender of the self to the good of the other. The key to self-surrender is the seeking of our own happiness in the happiness of others. That is the true fuel of love. The doctrine of the autonomous self teaches us that only by looking inside ourselves and actualizing our felt identities can we be happy. That is the opposite of love. Even if in our quest for self-authentication we behave altruistically or advocate for others, in the end we will only do so in hopes of achieving self-actualization, not the happiness of others.

Social media plays into the religion of self autonomy by allowing us to project custom-built versions of our identities into space and await others to “Like” or “Favorite” it. This isn’t to say that social media is bad or cannot be used in relationally meaningful ways, but it is to say that the reason social media cannot cure our loneliness is because it is not intended to. Social media exists in the end to serve us, not others.

We were not created for loneliness. At the dawn of the universe’s existence, only one thing was not good: Adam was alone. God’s answer to Adam’s aloneness was not to reinforce his sense of self autonomy; quite the opposite! He created Eve, and in so doing proved that the image bearers of God are meant to live with one another, with the highest relationship being marriage between a man and his wife.  Thousands of years later, Jesus would tell his disciples that whoever would be great among them should serve like the least, and that the love of Jesus’s followers for one another would be the distinguishing mark of their faith. The cure for loneliness is the love of God, expressed in the life of His church. As the Lord said, whoever saves his life loses it, and whoever loses his life will save it.

March 25, 2015 How and Why to Watch the ERLC Summit on Racial Reconciliation
Browse Our Archives
Follow Us!

A List of Sins from the...
Christian Crier
Related posts from Samuel D. James

Common Prayer for the Ages
Today I will pray, still online, with my parish and the prayers will...
view all Evangelical blogs
Copyright 2008-2020, Patheos. All rights reserved.