In Defense of the “Billy Graham Rule” 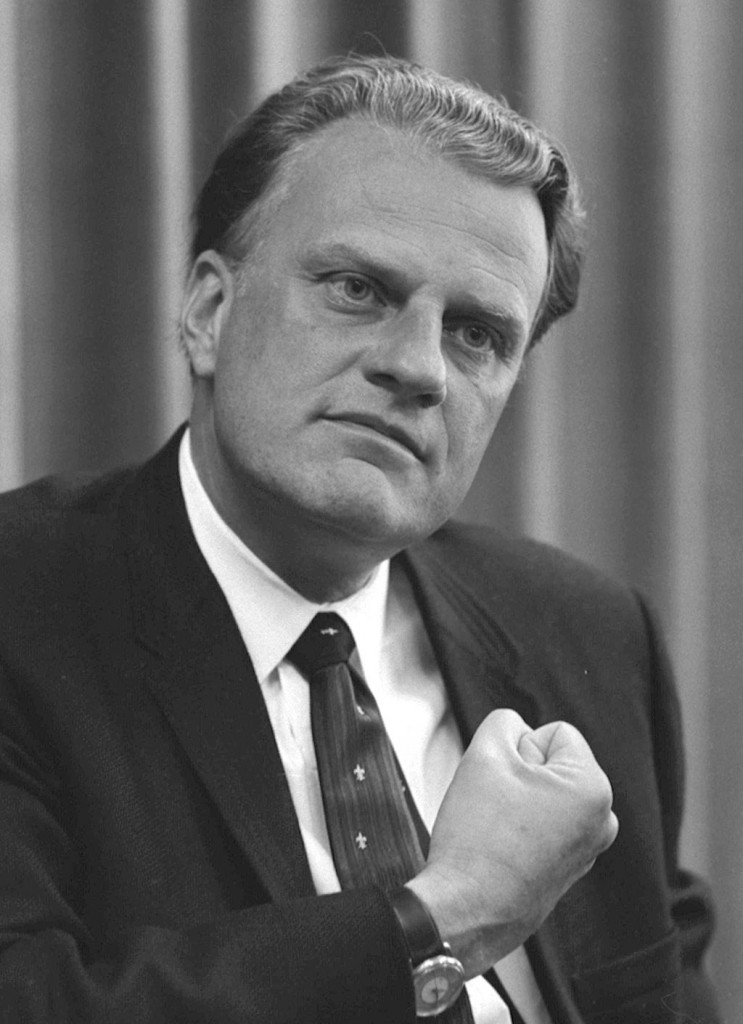 One of the highest privileges of being a pastor’s kid is seeing, over the course of two decades, the inner life and thought of a ministry family in a way that no other eyes can possibly see. I’m grateful to be a “PK” for many reasons, but chief among them is the empathy and grace for those in ministry (surely not enough, though) that come from spending many years watching genuine love meet genuine care in what is almost certainly one of the most emotionally demanding and vulnerable vocations in the world. It’s nearly impossible to watch a truly Christian, truly compassionate minister wear a congregation like a burden on his soul and not come away with a measure of sober thankfulness and understanding for others like him.

I get reminded of this often nowadays. That’s part of the reason I tend to push back against broadly sweeping, wholesale criticism of organized religion and its clergy. I recognize that there are indeed many people who have suffered at the hands of self-seeking ministers or power-drunk churches; and I freely acknowledge that a prophetic word of rebuke needs to be spoken to these people, urgently. But my own experience growing up in ministry has left me indelibly convinced that overstating the villainous nature of the clergy or the problems with the American church is not only untrue, but Satanically prevents people from experiencing the grace of Christ in a life-changing way.

I say all that to reinforce a principle that I think is important: When godly men and women share wisdom and practical counsel, gleaned from a lifetime of faithfulness to Christ and to others, we ought to listen. It would be a profound mistake to instinctively look for the error or the selfishness in the advice given by those whose lives are a testimony to Jesus, even if–and this is crucial–the advice grates against our modern sensibilities or individual personalities.

For that reason, I think Marvin Olasky is exactly right in urging us to take the “Billy Graham Rule” seriously. Olasky, pivoting off the recent confession of marital infidelity and consequent resignation from ministry of Graham’s grandson, Tullian Tchividjian, wonders whether the recent upshot of ministerial sin (particularly sexual sin) could have been thwarted if more ministers had emulated Graham’s famous personal dictum to never meet with or travel alone with a woman other than his wife. (It’s important to note that Tchividjian has not specified anything more than “an inappropriate relationship” in tending his resignation; Olasky’s point is evergreen and does not require further speculation.)

Olasky also responds to criticism of the principle in the form of a ChristianityToday.com piece by Halee Gray Scott. Scott criticizes Graham’s rule for stifling the influence of women in ministry and argues that the rule unhelpfully plays into the “hypersexualization” of contemporary Western culture. Scott:

It’s the refrain recurring throughout many ministries: male and female working relationships are tricky and fraught with tension.

As a researcher who focuses on female Christian leaders, I hear it over and over. The first female vice president of a Christian organization confessed she missed out on opportunities to advance her projects because the president made businesses decisions over lunch, and he promised his wife he wouldn’t eat lunch alone with women. It was enough to make her want to quit. A female pastor in Minnesota told me about being overlooked for staff development opportunities, while the lead pastor invested in her male coworkers. A female seminary professor shared the too-familiar struggle of trying to find a mentor among her all-male colleagues.

But it’s a tension the gospel demands we work through. In Ephesians 4, we see God’s intention for ministry is a productive, collaborative environment between men and women.

Such a collaboration is impossible, Scott argues, when the church unwittingly affirms the world’s worship of eros by prohibiting close friendship and ministry partnership through policies like the Graham rule.

Olasky’s response is, I think, a fair one:

…[B]ut since the real root issue is original sin, and the way it noetically affects our ability to recognize our weaknesses, shore ourselves up, and build relationships, it’s not enough to say, as Scott does, that “We can pioneer a middle way. … We can stand firm against the tide of culture by committing to relate to one another as family members.” That’s a worthy goal but an abstract one. With [pastoral sin] in front of us, we should begin with something concrete.

I agree. The problem is not that Scott’s concerns about an unnecessarily partitioned church are unfounded (they’re not), it’s that her approach to the question of opposite-sex relationships doesn’t seem to prioritize in accordance with Scripture. Biblically, the primary relational obligations of a husband and wife are to each other first, preempting other relational obligations in the church. This doesn’t undermine biblical community but instead forms the basis of it by privileging the one interpersonal relationship that in its very existence portrays the Gospel. Marriage is not something in which individuals gain membership but a spiritual reality that transforms individuals into a mysterious one-flesh union, a union that is in its very nature different than and relationally primary to all other relationships.

The “Graham rule” is not valuable because it is a 100% effective tool against sexual sin (nothing this side of glorification is that). Actually, the opposite is true–the Graham rule is wisdom because it is honest and self-aware about how precarious the fight against sin really is. Scott’s critique that the Graham rule “hypersexualizes” male and female relationships confuses a cause with an effect; it’s not the rule that creates hypersexualized relationships but our own indwelling sin. Personal principles like the Graham rule are indeed only necessary because we live in a fallen world, but we should be careful of an over-realized eschatology: The Church is an embassy of the coming Kingdom, but it is not a rabbit-hole escape from the fallen culture we live in now.

My father practiced, to my knowledge, the “Billy Graham rule” his entire ministry. It was not out of a desire to mute the women in the church or showcase his own godliness. It was instead a personal principle that safeguarded Dad and the people he ministered to. If a woman needed counsel, Mom would come along. Oftentimes it would be my mother who was able to speak most powerfully into another woman’s life. Those situations reinforced Dad’s belief that his marriage was indeed part of his ministry, not merely an accessory to it. And it was helpful: Again, to my knowledge, my father was never once accused, falsely or truthfully, of an inappropriate sexual relationship.

We should, like Scott says, strive to bring men and women together in the local church for Kingdom work. That is part of the reconciliation that Christ has accomplished for us. But such union need not preclude being zealous for the purity that God demands of all of us. Billy Graham’s rule isn’t Scripture, but it is a Scripture-honoring habit that comes from years of godly ministry and experience. That’s not something we should sidestep lightly, or, I think, at all.

June 19, 2015
Why Flying the Confederate Flag Isn't a Conservative Thing to Do
Next Post

June 27, 2015 Same-Sex Marriage: 7 Questions for the Victors
Browse Our Archives
get the latest from
Evangelical
Sign up for our newsletter
POPULAR AT PATHEOS Evangelical
1

On Not Throwing the Baby Out...
Roger E. Olson
Related posts from Samuel D. James