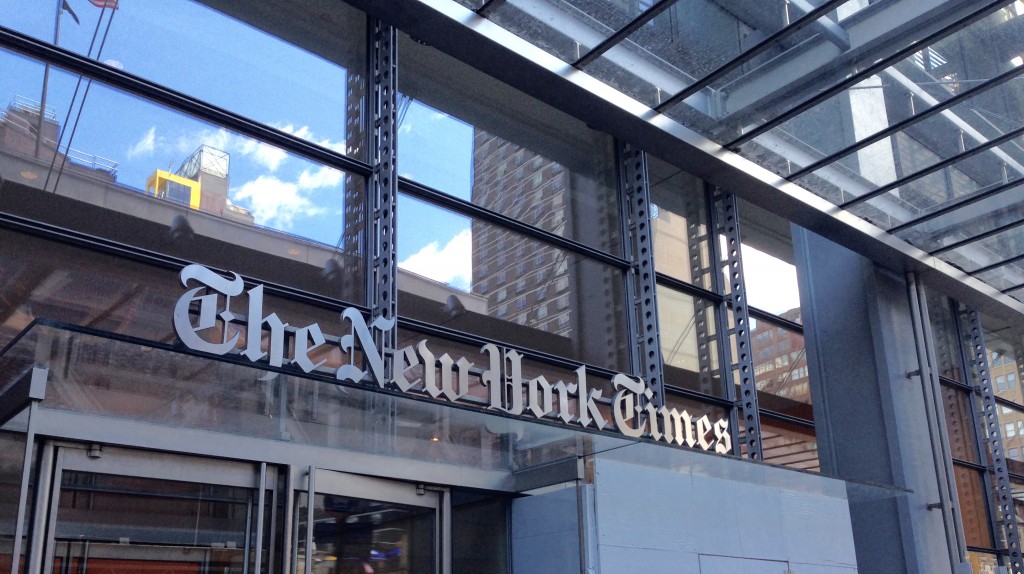 “The debate over the fate of the flag, such as it is, pits people who know the truth against people who will not hear it. It has taken a horrifying act to shred the lies, to shame those who took pride in their unwillingness to be shamed, and — if the South Carolina House comes around — to turn the page.”

So said the Editorial Board of The New York Times two days after Independence Day, in an unequivocal and impassioned editorial entitled “The Civil War Is Winding Down.” The flag referred to is of course the Confederate Battle flag, which was the subject of intense cultural and political scrutiny until it was removed, by vote of the legislature, from the capitol grounds in Charleston, South Carolina. The removal of that flag was a good decision, one of not just empathy but of morality, an act of truth telling– not about Southern pride but about historical record of racism and cruelty.

The Times editorial board got the Confederate battle flag right. But it has gotten Planned Parenthood extremely wrong. What’s worse, the Times is wrong about Planned Parenthood in a way strikingly similar to the way they were right about the Confederate flag. In Charleston, the Times asked the tough questions, took history seriously, and faced down the facts. At the dinner table with PP’s fetal tissue salespeople, the Times has chosen to look away, to plug their ears, and take the party line.

Their editorial of solidarity with Planned Parenthood is a woeful piece of journalistic malpractice and intellectual hokum. Not only is the editorial willing merely to take Planned Parenthood by their public relations word, it seems to be totally ignorant of nearly all the significant facts. In the opening paragraph, the Times claims absolutely that the videos released by the Center for Medical Progress do not depict Planned Parenthood engaged in the profitable sell of aborted fetal tissue. Instead, the Times alleges that the viral undercover video featuring Deborah Nucatola, Senior Director for Medical Services at PP, was nefariously edited, and that the full video clearly exonerates Ms. Nucatola from these accusations.

Both the premise and the conclusion of this argument are demonstrably false. First, the “full” video in no way softens the accusations against Planned Parenthood or Ms. Nucatola. There is no serious discrepancy between the two videos. The Times seems to believe that Nucatola’s word is good enough to prove that her organization is not in the business of fetal tissue, but this is only because they choose to believe it. One wonders if the journalistic impulse to go beyond what’s said by people in position to profit has been snuffed out in the Times editorial board meetings (or if this is merely the case when it comes to criticisms of Planned Parenthood).

More significantly, the Times seems to believe–as its journalist Jackie Calmes had previously written–that the “unedited” video is something that was obtained after truth-seekers had pressured the video’s creators to release it. But this is false. The “unedited” version of the video was released mere seconds after the shortened version appeared online, both versions being released by the Center for Medical Progress. It’s important for the sake of the editorial’s argument that the Times does not acknowledge this fact, or else it would possibly incite readers to compare the two versions for themselves. As it is, the Times clearly implies a great disparity between the two videos that doesn’t actually exist.

But we’re not done. The Times goes on to insist that Planned Parenthood does not in any way profit or seek to profit from the selling of fetal parts. Their proof? Well, Planned Parenthood says it doesn’t. “Planned Parenthood affiliates only accept money — between $30 and $100 per specimen, according to Dr. Nucatola — to cover costs associated with collecting and transporting the tissue,” the editors write.

The trouble with this statement is that it entirely ignores the content of the second video, released the day before the Times editorial was published. The Times is certainly aware of this video, since they address it with one whole sentence in their second paragraph (“A second video, released Tuesday, shows another Planned Parenthood staff member discussing fetal tissue”). That video features a dinner conversation with PP medical official Mary Gatter, in which Gatter discusses pricing of fetal tissue and organs. Any journalist in the country would identify the recorded conversation between Gatter and the filmmakers as a negotiation; they haggle over pricing and promise not to “lowball,” all the while discussing the various medical techniques and tools used to extract the best parts of aborted children. At one point during the conversation about pricing, Gatter even jokes that she wants a Lamborghini.

Does that conversation prove anything? No it doesn’t. But that’s not the point. The point is, the Times is covering its ears and closing its eyes. It refuses to do elementary journalism. It refuses to ask tough questions of those who may be profiting at the expense of women and communities. The problem is not that the Times’ editorial board is pro-choice ideologically; the problem is they seem to be pro-Planned Parenthood journalistically.

We need voices from both sides of politics to hold Planned Parenthood accountable. The Times editorial board is of course a very liberal group, but that doesn’t mean they should be expected to refrain from any and call critique of the abortion culture (Kermit Gosnell, for instance).  Some have suggested that Planned Parenthood is too valuable to women and communities to be stripped of its federal funding. But such an argument is morally repugnant; it suggests that some evils are worth turning a blind eye to if they come attached with certain goods. It would be akin to arguing that symbols of slavery and racial oppression be flown over the heads of those whose heritage the flag attacks, because the flag inspires generational and geographic pride for others.

In Charleston, the Times acted with courage and conviction against those who would not hear the truth. But at the table with Planned Parenthood, they’re the ones unwilling to be shamed.

July 21, 2015
The Mythological Moralities of Planned Parenthood and Caitlyn Jenner
Next Post

Hebrews: 5 Books Every Pastor Should...
Crux Sola: Formed by Scripture to Live like Christ
Related posts from Samuel D. James