The culture that encourages police officers to engage their weapons before gathering information promotes the mind-set that nothing, including citizen safety, is more important than officers’ personal security. That approach has caused public trust in law enforcement to deteriorate.

It’s the same culture that characterized the early phases of the Iraq war, in which I served a 15-month tour in 2006 and 2007. Soldiers left their sprawling bases in armored vehicles, leveling buildings with missile strikes and shooting up entire blocks during gun battles with insurgents, only to return to their protected bases and do it all again hours later.

The short-sighted notion that we should always protect ourselves endangered us more in the long term. It was a flawed strategy that could often create more insurgents than it stopped and inspired some Iraqis to hate us rather than help us.

Eventually “the Christian life became more and more identified with these codes and disciplines.” But once that had happened, the Gospel itself became dispensable: all we had to do was to extract the rules from it, and the “values” that produced them, and we were good to go. Thus arise figures who use the codes extracted fromChristianity against Christianity: Voltaire, Hume, Gibbon.

And thus also arises an antinomian counter-movement: “Modern culture is marked by a series of revolts against this moralism, in both its Christian and non-Christian forms. … The code-centered notion of order and its attendant disciplines begin to generate negative reactions from the eighteenth century on. These form, for instance, the central themes of the Romantic period.”

Thus modernity, at least since Kant, is characterized by constant tensions and frequent eruptions of hostility between two great opponents, the antinomians and the code fetishists.

“Looking Away From Abortion,” Ross Douthat

That’s why Planned Parenthood’s apologists have fallen back on complaints about “deceptive editing” (though full videos were released in both cases), or else simply asked people to look away. And it’s why many of my colleagues in the press seem uncomfortable reporting on the actual content of the videos.

Because dwelling on that content gets you uncomfortably close to Selzer’s tipping point — that moment when you start pondering the possibility that an institution at the heart of respectable liberal society is dedicated to a practice that deserves to be called barbarism.

That’s a hard thing to accept. It’s part of why so many people hover in the conflicted borderlands of the pro-choice side. They don’t like abortion, they think its critics have a point … but to actively join our side would require passing too comprehensive a judgment on their coalition, their country, their friends, their very selves.

Sleep ambassadors? Sleep rhymes? Back when I was in high school in the 1980s, in a setting considered intense in its day, the most common sleep problem among my peers was getting too much of it and not waking up in time for class.

Now the concern isn’t how to rouse teens but how to lull them. And that says everything about the way childhood has been transformed — at least among an ambitious, privileged subset of Americans — into an insanely programmed, status-obsessed and sometimes spirit-sapping race.

Lose a few winks but never a few steps.

So if you’re in your own iTunes Library, then click on “For You,” you’ll find the entire navigation bar has shifted under your mouse: Your mouse is now hovering over “Playlists,” as the software has inserted forward and back buttons on the far left.

From a user-interface perspective, this doesn’t make any sense. Users expect that menu items in a navigation bar won’t change their location after they click on them. When you click on a bookmark in your browser’s navigation bar, all the bookmarks don’t suddenly shift around. 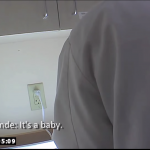 August 9, 2015 Keep Teenagers Weird
Browse Our Archives
get the latest from
Evangelical
Sign up for our newsletter
POPULAR AT PATHEOS Evangelical
1

Persecution: The New Reality for Biblical...
The Chorus In The Chaos
Related posts from Samuel D. James