Cultivating Rage Probably Goes Against the Teachings of Your Tradition

In this article, I will make three important points.

First, as far as I can tell, none of the major wisdom traditions—Huston Smith’s combined term for the world’s religions, mystical paths, and first nation’s beliefs—have encouraged the cultivation of rage.

Second, today there is a real trend across the political spectrum that stokes anger, rage, and grievances for political gain. This is happening in America and all across the world, primarily driven by inflamed emotions and repetition on social media. The infection equally affects religious people and spiritual adherents with an us vs. them paradigm, causing both personal and social maladies.

Third, basic religious teachings and the ideals of nonviolent resistance offer us alternatives.

Nearly all of the world’s wisdom traditions are based on an underlying admission. Humans are volatile by nature. Our history is full of violence, greed, anger, and unspeakable acts of cruelty. Therefore, the central question for most of these traditions has been: How can we temper our worst instincts?

Hinduism is arguably one of the oldest remaining religions in the world. In the Bhagavad-Gita, Krishna says:

“Anger leads to clouding of judgment, which results in bewilderment of the memory. When the memory is bewildered, the intellect gets destroyed; and when the intellect is destroyed, one is ruined.” (Chapter 2, Verse 64).

Buddhism offers us the middle way and encourages temperance. When asked about anger, the Buddha reportedly replied:

“Holding on to anger is like grasping a hot coal with the intent of throwing it at someone else; you are the one who gets burned.”

In Christianity, forgiveness is a central tenet. Jesus urged people to “love thy neighbor as thyself” (Matt. 22:39) and not to return violence with violence but instead “turn to him the other [cheek] also” (Matt. 5:39). He got mad at the merchants in the temple, yes, but anger was never central to his teachings.

Martin Luther King Jr. took these sentiments a step further in one of his sermons when he said:

And in the book of Good Manners (Sahih Bukhari), an Islamic scripture, the following passage describes an encounter:

Across the board, the message is similar. Do not allow your worst instincts to guide you in your interactions with others. Temper yourself. Rise above. Cultivate something better.

I like even-handed arguments, so let me turn the tables and defend anger for a moment. It is a primal emotion that can signal when something is wrong. Anger is a part of our emotional range for a reason.

That said, stewing in anger and nurturing it into a constant state of rage is dangerous. Yes, it may feel exhilarating. Yes, there is a sense of camaraderie when people unite against something. Yes, angry and enraged people are more likely to act. But, what sustained anger does to the social fabric and how it corrodes individuals from the inside is too steep of a price to pay.

Are We Forgetting the Lessons of History?

The politics of personal grievances, constant outrage, and foul-mouthed angry spewing are deeply troubling, and they have invaded religions and spiritual communities at a base level.

For instance, I was taken aback when an acquaintance of mine told me last year that she was in a constant state of rage. “Anyone who is not feeling rage all the time simply isn’t paying attention,” she said, implying that rage was a new type of social justice virtue. Another friend to a break from his kid’s birthday party to “rage tweet,” then returned as if nothing had happened.

It appears that too many people have forgotten the lessons of history, of how populations marched into a ‘justified’ war on similar sentiments? Or perhaps they have just forgotten basic conflict resolution skills that most of us were taught in elementary school?

Cultivating Compassion in the Face of Difficulty

Look, I get it. Watch the news, any news, for one or two days, and there is plenty to be upset about. But the cultivation of love and compassion in the face of difficulty is at the heart of all spiritual traditions.

Jesus said, “Father, forgive them; for they know not what they do,” as he was being crucified.

After the Dalai Lama was run out of Tibet, no one would have faulted him for being angry and resentful. Yet, he has spent the majority of his life teaching people all around the world about compassion and mindfulness.

Gandhi and Martin Luther King Jr. faced many indignities in their nonviolent struggle yet refused to stoke hatred. At the core of their approach were three important principles that we would do well to remember.

By contrast, stoking destructive emotions is a shortcut. It’s like letting weeds overtake a garden. Minimal effort is involved. That is why it is a popular ploy.

In this atmosphere, good people must continually seek a better way. They need to appeal to their better angels and do the hard work of cultivating love and compassion. And it is not only about feeling good. It is about selecting a constructive path over a destructive one.

I know, all the money is going in the other direction, and it will feel like swimming against a tidal wave, but if we believe an ounce of what the great teachers have taught us, we should at least make an effort.

As the Dalai Lama said:

“Love and compassion are necessities, not luxuries. Without them, humanity cannot survive.” 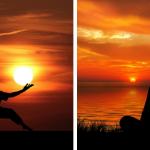 September 19, 2018
Meditation and the 36th Chamber of Shaolin
Next Post

May 18, 2022 I Don't Believe in Science
Recent Comments
0 | Leave a Comment
"Who is it that is really "yelling and screaming" for change? The usual suspects: the ..."
Petrus Change Must Come From Within
"A good post, and good advice. Thanks"
Christopher Why You Want Your Meditation Teacher ..."
"your post doesn't make any sense. how are we not a nation of aspirational values?"
mike malzahn The Hardening of America
"But the Fairness Doctrine only applied to broadcast and not to cable, which is where ..."
Pennybird The Hardening of America
Browse Our Archives
Related posts from Interspirituality for the Modern Day Seeker 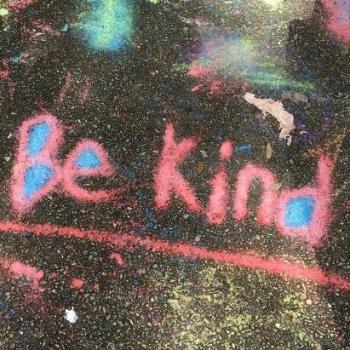 New Visions
Be Informed by Your Faith or Spiritual Tradition,...
Interspirituality for the Modern Day Seeker 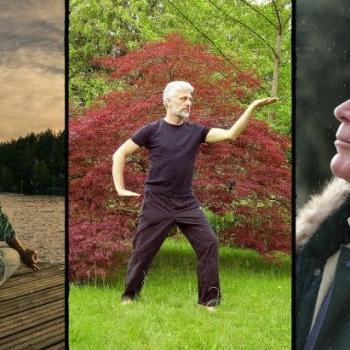 New Visions
Seven Metaphors to Help You Create Moments of...
Interspirituality for the Modern Day Seeker 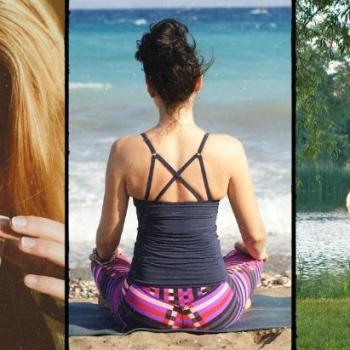