American Muslims Have a Race Problem—And Here’s The Solution

I was piqued by Zeba Khan’s recent piece, American Muslims Have a Race Problem, in which she argues that Muslims in America are mired in prejudice against each other.  She particularly wrote how African-Americans are treated as second-class citizens. As an African-American Muslim, I well understand the issue she has raised. I could write a book on the many forms of racism I’ve faced. I was born and went to college in Alabama and I lived in Johannesburg South Africa for 12 years. Fortunately, the Islam I have known as an African-American convert of 20 years bears no signs of the ills she describes.

I say this not to delegitimize her perfectly valid and perfectly real experience. Rather, it is to offer a practical solution.

Some Muslim clerics and so-called scholars teach a brand of Islam that can easily get bogged down in the trivialities of this world. They teach an Islam which is obstructed by your fellow worshipers and is wholly ineffective in reaching God.  The uniform stance assumed in prayer with other worshipers, the postures in unison, the singular direction faced, are all rendered as useless rituals and have no effect on a heart bent on prejudice.

To harbor such superficial and ill-founded beliefs as a part of their faith, is to render the whole act void. It is a sad state in the Muslim world when, as soon as you come up from your prostrations and send your salaams (Salutations of Peace) to your right and your left, you recoil as you observe the differences between the person praying next to you, rather than the common humility you just professed.  The problem of racism has its roots in ego and an errant human nature. It is abhorrent to Allah and contrary to His teachings everywhere in the world.

The solution requires rightly guided leadership to diagnose it and constantly guard against its effect on a community. Such a community— my community—is the Ahmadiyya Muslim Community.  With tens of millions of followers in 206 countries, we follow the true example and path of the Holy Prophet Muhammad.  We are led by and united under one Khalifa, His Holiness Mirza Masroor Ahmad. The real reason why a growing number of Muslims outside the Ahmadiyya Muslim Community feel a lack of brotherly affinity toward each other is because they have no unity among themselves. Our community on the other hand is like family.

We practice and live the teachings of the Holy Prophet’s last sermon, where he said that a Arab has no superiority over a non-Arab, nor a non-Arab over an Arab, and a white has no superiority over a black, nor a black over a white. The brotherhood and sisterhood that our community exhibits toward each other is the living embodiment of these teachings. Every Mosque has a President or Imam.  Every Mosque in every city in the United States answers to a single Ameer of the country. Every one of the 206 countries where we have communities is accountable to one Khalifah. He is like a spiritual father to us, and we are to one another like siblings.

You have only to walk into any Ahmadi Mosque, in any country in the world, to feel this genuine brotherhood and sisterhood. For instance, when we listen to our spiritual father live, via satellite or on the web every Friday, we have the benefit of his Jummah sermon being broadcast in a dozen languages simultaneously. Per the Khalifa’s orders, the Imams in each of our local mosques deliver the sermon in the language of the country. In Palestine it is always in Arabic, in France it is always in French, in Nigeria it is always in Nigerian, and in America it is always in English. Our diversity is our adhesive. It is also part and parcel of our faith and our very mission. To hold any thoughts or allow any beliefs contrary to the equality of the human race is to disavow Prophet Muhammad’s mission to all mankind.

You cannot fake kinship, and it certainly cannot be forced upon one, like the self-declared “caliph”, Al- Bagdadi of ISIS. It must be derived from a sincerely held familial or spiritual bond. This is what we share with our Khalifa. This is what we share with each other. It is divine in its origin and therefore is pure in its outcome. You need only look at the fruit that a tree bears to understand its nature. If it is known to be bitter, even to the owners, who in their right mind would yearn for a taste?

Compared to what Ms. Khan described regarding Islam and racism, the true Islam exemplified by the Ahmadiyya Muslim Community is a bastion of peace, a haven of acceptance, and an oasis of “Love for All, Hatred for None.” We hold this love for each other and for the world. This has been our motto for decades. These professions of love benefit the new Muslim and the twentieth generation Muslim. It benefits the one who loves and the one who is loved—as is the nature of love. But this is no coincidence. Ahmadi Muslims are about peace and love because we are united under a true Khalifa, just as Prophet Muhammad commanded, and we are not afraid to stand for that love.

Many Muslims practice the form of the religion, but ignore the substance. The raised pants and red beards are all well-intentioned shows of righteousness. But far more pleasing to Allah is how you relate to your brother or sister. I sympathize with Ms. Khan’s sentiments, but she can take heart. The Ahmadiyya Muslim Community, and tens of millions of Muslims in over 200 nations worldwide who comprise this community, willingly share this bounty with all who have a heart to partake. This unity is the path to eradicating racism from Muslims, and instead joining together as equals just as Prophet Muhammad himself taught.

Leonard Abdul Latif Bennett, Esq. (@Bennettlatif ) is a Philadelphia Lawyer practicing in areas of Civil Rights and Employment Discrimination, and a member of the Muslim Writers Guild.

June 18, 2015
Learn about Islam from an American Muslim
Next Post

July 7, 2015 The ISIS Mirage vs the Islamic Reality
Recent Comments
0 | Leave a Comment
Browse Our Archives
Follow Us! 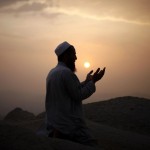 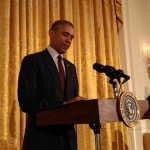 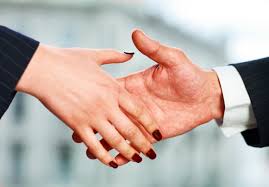