Some people who are following the controversy over Glitter Ash Wednesday will know that I’m against it. Several newspaper articles cited my curmudgeonly blog post denouncing the idea.

American Protestantism is already sharply and visibly divided along pro- and anti-gay lines. Many evangelical churches have made their nonaffirming stance a central part of their identities. It seems liberal churches are being encouraged to define themselves as more committed to LGBT equality than to their particular theological traditions.

On Ash Wednesday, Christians powerfully acknowledge their radical equality before God. They receive an ancient, eternal and visible sign: a simple cross of ashes. The priest or minister says, “Remember that you are dust, and to dust you shall return.”

For one day, at least, that should be enough. Ash Wednesday services are neither the time nor the place for churches to fight their perennial battles over LGBT affirmation.

So yes, I’m against it. But not in the same way as, say, Rod Dreher, who offered this thought:

What a complete trivialization of the sacred, an emptying-out of holy tradition to serve the Almighty Self and its sexual desire. Not even Lent is free from LGBT cultural politics. It’s all about them, all the time.

I would like, however, to concede a few points that may have gotten lost in my remonstrance.

First, the glitter ashes were actually quite subtle. The logo that circulated in early news articles and commentaries about Glitter Ash Wednesday was very colorful — a cross-shaped rainbow. Presumably the sponsoring organization, Parity NYC, created the design. I think this was probably an effective way to draw attention to the initiative, but it also probably exacerbated the concerns of people who found the mark exuberant, obnoxious, or liturgically inappropriate. If you notice, the ashes were indeed purple, but they did not really sparkle brilliantly as to stand out and draw attention. If you saw someone at a distance, you might not know they had makeup-grade professional glitter in their ashes. And even if you saw someone up close, you would see a smudge in what is, after all, the proper liturgical color for Lent. 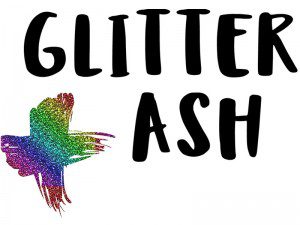 Second, I was not trying to make an argument in the central debate Glitter Ash Wednesday points to, which is the question of whether LGBT identity and expression are among the things repentant Christians ought to deplore and turn away from. I objected to using the solemnity and universality of this ancient rite to open up another battle front in that seemingly endless war.

To this point, I note that many LGBT-affirming Christians agreed with my position on Glitter Ash Wednesday. At least one gay pastor wrote about it. I’m sure there are many more.

Third, I have been thinking about parallels to Glitter Ash Wednesday. What if, for instance, some liturgical evangelicals who have been active in raising awareness of the plight of persecuted Christians around the world wanted to put gold glitter in their ashes to make a statement of solidarity and bear witness? I would still be against it, and for the same reasons.

Finally, an email from a friend:

If I were LGBTQ, I would be kind of offended that my sexual identity signifies a certain level of flamboyance. Like, can’t LGBTQ people have the right to be boring, plain, and nondescript like everyone else?

I don’t know what I would feel like. I imagine it would be very difficult and painful to bear the weight of negative, confusing, and contradictory messages from church about my sexuality. What I do know is that boring, plain, and nondescript are undderrated — Ash Wednesday and Lent point to a certain universality in which emphasizing theological fault lines and/or culture-war differences is out of place.

February 24, 2017
Why anti-gay wedding vendors should discriminate more
Next Post