This blog was inspired by Ted Koppel’s take down of Sean Hannity on TV. Koppel languidly responded to Sean’s question, “You think I’m bad for America?” By saying, “Yes, you have attracted people who are determined that ideology is more important than facts.”

I’m sure most of those reading this blog are progressives or liberals, or left-leaning folks of some kind. And I lean that way as well. But my real life has taken me in many directions that have shown me things that don’t fit th 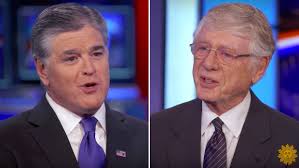 at stereotypical box. I came out of my PhD at the University of Chicago Divinity School deeply devoted to a Liberal Protestant Social Gospel. I worshipped at the temple of overcoming inequality, seeking rights for all people no matter their sexual orientation, gender or ethnic origin. I felt deeply that any injustice anywhere was an enemy of the gospel. And so, in many ways, my mind was as certain as any when it came to ideological issues and what kind of Christianity was true and false.

But my own research rattled my thinking and undercut some of my self-righteousness. Scholars don’t typically go into the academy to go through moral transformations. Most of us have our ideological minds made up and most often row hard to the left and we follow a secularizing path, laid out by our Enlightenment forbearers. But in fact, the Enlightenment was about breaking with prejudice, social or epistemological conventions; the call was to test all normative forms of thinking, after all Kant said, “Think for yourself.”

So this motto of independent thought is deeply wedged into my mind, that I will seek the truth wherever it leads. So while it is true most of us end up on the liberal side of the spectrum, and most become agnostic at best when it comes to religion, this is not true absolutely.

Something happened to me as a result of my empirical work in the study of comparing evangelical vs. liberal churches in the Pacific Northwest. What I found, on the empirical level, is that evangelical churches were much more service oriented and much more humble epistemologically than liberals in progressive churches that I studied. This wasn’t based on my subjective perception but in fact on empirical work that we did through doing hundreds of interviews of evangelical and liberal church-goers. The fact is liberals were much more arrogant 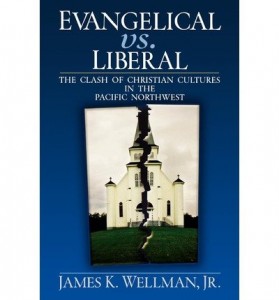 in their claims to truth and service. Evangelicals, on the other hand, were more humble about their service and relatively tame about what they claimed to the be true, theologically. I did not expect to find this. In research we must, if we are honest in our methods, be faithful to the data. At least in the Pacific Northwest, evangelical Christians tended to be more oriented toward service to the least and the last than liberals, and in fact even less boastful than liberals about the truth claims that they made theologically. To give you one quote representative of my liberal informants, “We are in the majors, evangelicals are in the minor leagues, theologically.”

I am not saying I agreed with evangelicals but that I came to respect them for their fervent service to people who were vulnerable in our society and around the world. They most often were doing service with little or no fanfare, good, valuable service to those in the deepest need, without expecting these folks to convert. Liberals talked a lot about service but it was hard to know what they actually did, beside homeless shelters, the specifics were hard to pin down. This is not my opinion but it is what I found in my research.

This is long way of saying why I’m praying for Sean Hannity. The truth is I came to respect folks on the conservative side of the ideological spectrum. Hannity is a conservative Catholic. Do we agree on most issues? Probably not. Do I think he is doing great damage to the American body politic? Yes. Like many of my liberal friends, on issues of the environment, on the rights of the poor, women, immigrants and many other issues I despise where Trump is taking us. I feel a deep sense that much of what we have worked for is now being destroyed.

Do I blame Sean Hannity for this? Yes, I do in part. Jesus said, “Pray for your enemies.” Why? Well, Jesus knew perhaps more than anyone, that we hate others at least in part because we have not dealt with the shit that lies deep in our own souls. So of course we project onto the enemy that which we hate in ourselves.

Well, I happened upon reading the story of the end of the Sigmund Freud and Carl Jung relationship. (Yep, this is what I do on my free time!) I’ve always wondered about it. Why did their collaboration end? And what insights did Jung come up with that freed him from the need to please Freud? Freud was one of the most powerful figures in the 20th century. For his betrayal, Jung paid a deep price. I’ve always said that ideologically, Freud won the 20th century; a secular psychological way of thinking permeates our public culture. Jung went another direction toward trying to understand the soul of the culture, the souls of individuals. He remained interested in spiritual experience, for empirical reasons. Jung believed that human life is connected on different levels of consciousness to spirit. As Jung said, “I don’t believe in God, I know God.” Jung wasn’t fantasizing about his metaphysical beliefs—he did the empirical work to verify his experience. Jung sensed that there were levels to consciousness that must be explored. Alan Watts, a mid-century psychologist and philosopher, who studied Eastern religions (he also was an ordained Episcopal priest), studied under Jung. Watts met with Jung at the end of Jung’s life. Watts came away with this insight:

“There is a nice German word, hindergedanken, which means a thought in the very far back of your mind. Jung had a hindergedanken in the back of his mind that showed in the twinkle in his eye. It showed that he knew and recognized what I sometimes call the element of irreducible rascality in himself; and he knew it so strongly and so clearly, and i 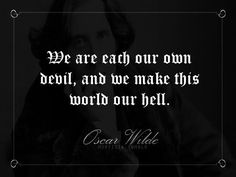 n a way so lovingly, that he would not condemn the same thing in others, and would therefore not be led into those thoughts, feelings, and acts of violence towards others which are always characteristic of the people who project the devil in themselves upon the outside, upon somebody else, upon the scapegoat.”

There is something very important and profound here. I don’t have to make Sean Hannity the devil to make myself feel right. I don’t have to hate him to solidify my own sense of righteousness. I don’t have to make evangelical Christians the minor leaguers when thinking about Protestantism—in fact, I know that this is just plain wrong, empirically. Heck, to be honest, I don’t think Hannity is correct most of the time, but he doesn’t have to be the devil to make me good. I have my own salvation to work out, and that is enough for me. I have my own devils to face inside, and if we are honest, we all need to do that work.

Some would say, well, if you don’t stand up for what’s right, all hell would break loose. Well, hello, it seems that all hell is breaking loose even though everyone seems to be screaming at the top of their lungs.

So, what’s the answer? In many way its simple. Humility, the ability to do the slow, hard work of finding out what helps to create a common good that serves all parties. It is easier said than done. Trump, let’s face it, sustains a ideology of hitting back ten times harder on anyone who has done him wrong. This is the essence of scapegoating–to find a weak victim and then attack them. This strategy is catastrophic to the moral fabric of America. Putting a bully into the White House has set us back as a nation. But isn’t wisdom the path of knowing that hating him does us no good?

Yep, pray for Hannity, even pray for Trump, because in doing so we come to realize that fundamentally we aren’t better than either of them. What will, in the end, save the world? Hating our enemies as efficiently and ferociously as possible? I don’t think so. Let’s face it loving our enemy may not save the world, but it will save our own souls. I hope it also saves our world. I have two children. I want our earth to be sustained, I want women and minorities and all nations to live in a sustainable way. I want to to raise our children in peace and love. I don’t want a bigger military but a larger state department and a more effective foreign service. But this won’t start with hate. Maybe prayer can help. Let’s pray for Hannity, for Trump and even for ourselves. We might not save them, but we might save ourselves and in doing so and maybe just maybe save our world.