What should Social Security do about mothers?

What should Social Security do about mothers? August 18, 2016 Jane the Actuary 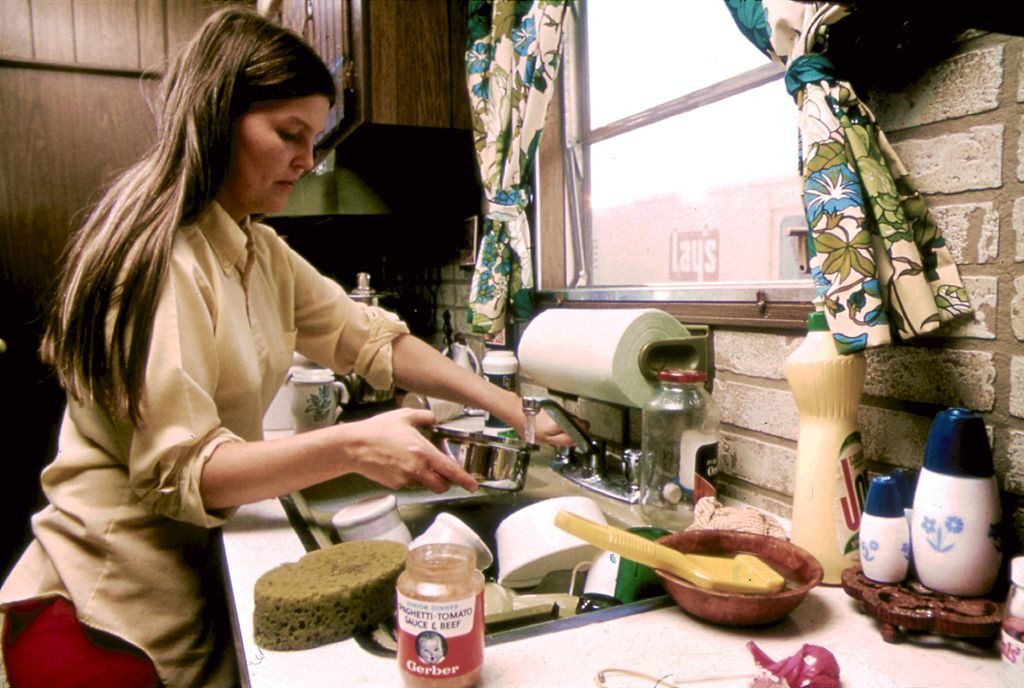 This is an issue, whether you’ve thought about it or not.

Better provision for mothers is a part of the “Expand Social Security” platform, and I thought it’d be worthwhile to write up some thoughts on the issue.

In general, there are two ways that Social Insurance systems provide benefits for mothers, or, strictly speaking, parents who have gaps in their work records because they’ve stayed at home caring for children.

The traditional approach is that of the U.S.  On the expectation that a mother will have stayed at home for enough of her adult life so as to have a low lifetime average pay, but that she will have been married and her husband would have had a “normal” earnings pattern, she is eligible to receive either a benefit based on her own earnings record, or a top-up to a benefit that’s 50% of her husband’s benefit.  Because Social Security is heavily tilted towards low earnings, and throws out any years past the highest 35 for the average, even women with a spotty work history can end up with a better benefit on their own record than 50% of their husband’s benefit.

At the same time, Social Security provides for divorced women (e.g., the scenario of a women sacrificing her career, only to be left by her husband afterwards) by enabling them to get benefits based on their ex-husband’s earnings record after 10 years of marriage.  In the world of employer-sponsored pensions, pension accruals can be split in the divorce agreement, as with any other asset.

The approach that most other countries take is different:  they fill in the gaps in the earning record directly.

For example, in Germany:

As from 01/01/2005 mothers may acquire contributory years under their pension insurance for times spent raising children, too, not only for times of gainful employment. Fathers will have such years credited as contributory years if they are able to substantiate that they primarily took care of the child/ren, e.g. as a lone parent or male homemaker living with a working mother. The maximum credit per child is four contributory years from the pension insurance (five years in case of a multiple birth). Pension contributions for periods spent raising children are calculated on the basis of a monthly assessment basis of 1.649,84 € for the year 2014.

In Switzerland, provision for stay-at-home moms comes in the form of

Bonuses for raising children or providing care: an increase in income taken into consideration to calculate the pension for parents with children aged less than 16 years and for those looking after close relatives needing care.

In Canada, child-rearing periods can be “excluded from the contributory period” so that they are not counted as missing years in determining eligibility, and they are excluded from the calculation of average wages, where they would otherwise be 0s or low earnings for part-timers.

The Social Security Administration has more detail (a lot more detail!) in an article on its website.

Hillary Clinton’s website platform proposes a modification to our own Social Security system to do this, too:  “Americans should receive credit toward their Social Security benefits when they are out of the paid workforce because they are acting as caregivers.”

The poverty rate for widowed women 65 or older is nearly 90 percent higher than for other seniors—in part because when a spouse dies, families can face a steep benefit cut. For a two-earner couple, those benefit cuts can be as much as 50 percent. Hillary believes that we have to change that by reducing how much Social Security benefits drop when a spouse dies, so that the loss of a spouse doesn’t mean financial hardship or falling into poverty.

This sounds noble on the face of it, but isn’t it just proposing a special benefit for married couples?)

So what’s the right approach?

To begin with, how do you define a “credit”?  Some countries use the national average wages (effectively what Germany’s 1 “earnings point” means, if I understand correctly), or other fixed amounts; others use that individual’s wages from other years of employment.  Is it “fair” to credit a low earner with accruals based on average earners?  Should a stay-at-home mom get a better benefit than someone who worked for low wages, or part-time?

Is the objective to keep people out of poverty, or to help preserve their pre-retirement living standards?  Is it to “reward” childrearing, or to equalize men’s and women’s income post-retirement?  Is the concern with poor women, or with middle-class women?  And if this sort of credit were implemented, is the old concept of the spouse’s benefit outdated, given that the childrearing credit seeks to move from viewing stay-at-home mothers as the spouses of breadwinners to economically independent, and disadvantaged units?

Consider an alternative:  in Switzerland (in addition to childrearing credits, based solely on being a parent, whether or not one worked), a married couple’s income is split in two, and each spouse accrues pension benefits based on half the total income.  Clever, eh?

No, no special agenda here.  It’s just something interesting to think about. 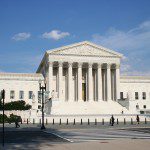 August 16, 2016
Remember Marbury vs. Madison? A question for readers
Next Post 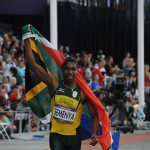 August 21, 2016 What about Caster Semenya?
Recent Comments
0 | Leave a Comment
Browse Our Archives
get the latest updates from
Jane the Actuary
and the Patheos
Catholic
Channel
Related posts from Jane the Actuary 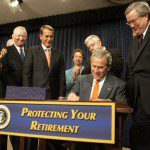