This is more a matter of aiming at opening up a discussion than anything else right now, but, what if Ryancare were fixed?  I’ve already shared my opinion on the House plan, and I know that some readers think that there’s really no reason to do anything other than keep the ACA in place as-is, but the plan does have some potential.

What if the credits were based on a metric of standardized cost for a representative high-deductible plan, with an individualized credit based on age, sex, and location/region?

What if the credits were refundable, and payable in advance and directly to the provider?

What if the network of sliding-scale clinics were increased, and funding encompassed grants for under-the-deductible treatment at hospitals?

What if the narrow network concept was cleaned up — that insurers worked out relationships with providers that meant that potential customers could reliably determine who’s in and who’s out-of-network, that those network relationships endured in the long term, and that insurance customers could access needed specialists reliably, and were not trapped into high rates for out-of-network doctors at the ER?  What if being in-network meant more than agreeing to a fee schedule, but also required a willingness to follow standardized standards of care?

What if funding for the tax credits came from a FICA/Medicare-like tax, or a transparent general income tax hike, rather than being hidden so as to appear to be “free” to taxpayers?

That, in a nutshell, would be Janecare. 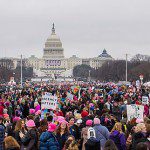 March 9, 2017 Who writes Holocaust memoirs?
Recent Comments
0 | Leave a Comment
"I attended a meeting last night for Girl Scout leaders in my area. There were ..."
Ruth Curcuru RIP, volunteerism
"I was a treasurer for a not-for-profit and got “dethroned” in a similar way. However, ..."
Jim Dailey RIP, volunteerism
"I have found that unless people were consistently voluntold to help out when they're young, ..."
Ame RIP, volunteerism
"Just wanted you to know that I have loved reading your articles!"
littlecanary New Job! A few personal updates
Browse Our Archives
Related posts from Jane the Actuary