Oh, fun – Medicaid for all!

That’s what’s on tap in Nevada, though there are few details available at the moment.  Vox reports that

The Nevada legislature passed a bill Friday that would allow anyone to buy into Medicaid, the public program that covers low-income Americans. It would be the first state to open the government-run program to all residents, regardless of their income or health status.

The bill is currently sitting with Nevada Gov. Brian Sandoval, a Republican. His office did not respond to an inquiry about whether he would sign the bill or veto it. . . .

Sprinkle (who told me his last name has led to some people calling the plan SprinkleCare) says they haven’t yet estimated how much enrolling in the Nevada Care Plan would cost individuals. The bill sponsors also have not determined whether buy-in Medicaid members would have a deductible or traditional copayments, which Medicaid typically does not have because of the low-income population it serves. . . .

On average, Medicaid pays 66 percent of what Medicare pays doctors.

This has the advantage of keeping Medicaid a relatively low-cost program per person — but also the disadvantage of some doctors deciding not to accept Medicaid’s lower rates. A recent federal survey estimates that 68.9 percent of doctors are accepting new Medicaid patients, compared to 84.7 percent accepting new patients with private insurance.

The lack of detail means there’s not much to say about this bill — though I am surprised that there isn’t any sort of legislative analysis, in the way that there was for the California single-payer proposal.  But here’s what I’ve been able to find out:

First of all, Medicaid is actually pretty danged cheap in Nevada – at least as of 2011, which seems to be the most recent available data.  According to Kaiser, the state spent $2,367 per adult and $1,940 per child,that is, if you exclude the disabled and the elderly.  That’s remarkably cheap, though I couldn’t find an apples-to-apples comparison for privately-insured (employer-provided) adults, except that Milliman calculated a per-family-of-four cost of $26,000 in 2016, which compares to $8,614 for Nevada Medicaid.

So Vox reports that Medicaid pays 81% of Medicare rates in Nevada, and commercial insurance rates, if I’m not mistaken, are 5 – 10% higher than Medicare (that comes from a vaguely-remembered offhand comment from my brother, who works in healthcare).  That’s a far cry from this differential of 3 times!

How does Medicaid provide their coverage for so much less?  Probably a couple reasons:

These figures are apples and oranges — the equivalent 2011 figure in the Milliman study was $19,000.  There are also likely at least some disabled people in Milliman’s figure, whether it’s dependents of employees or the small number of disabled who are employed and receive employer-provided health insurance.

The overall healthcare costs in Nevada could well simply be less, as a lower-cost state.

Potentially the reported per-beneficiary costs exclude the state’s costs to run the program, and only looks at the money paid out to providers.

And I suspect that Medicaid beneficiaries are lower-cost than average, if you strip the disabled out.  After all, even under the expanded 133% of poverty eligibility, you’re more likely to qualify if you have children, rather than being an empty-nester, because the income cut-off increases with more people in the household; plus, you are simply more likely to have above-poverty income as you get older, don’t you think?  And since healthcare expenses are higher for the 50-somethings, this should have an impact.  Plus, for all the reports of Medicaid recipients going to the ER for pregnancy tests, I wouldn’t be surprised if in other respects their costs were lower, because they’re less likely to be doing the research involved in seeking out high-cost cancer treatments, or knee replacements, or the like.

But is the lower cost of Medicaid “proof” that single-payer is more cost-efficient?

Interestingly, the answer is “no” – but not for the reason you’d expect.

What the Vox article misses is that Nevada’s standard Medicaid benefit is not single payer.  According to (undated) documentation from the state,

All Medicaid recipients who live in urban Washoe County (Reno) or Clark County (greater Las Vegas area) who are not determined disabled by the Social Security Administration are mandated,

that is, must receive their Medicaid benefits through one of two managed care organizations.  Health Plan of Nevada is a subsidiary of United Healthcare, and Amerigroup’s parent company is Anthem.

So having spent more time digging into this than I probably should have, I’m now just more irritated at the lack of information.  What makes these plans more attractive for potential buy-in recipients than the usual “marketplace” plans?  What drives the lower costs?  Is the “social compact” acceptance of lower rates by providers at risk if the state widens eligibility too much, and opens up the plans to “free riders” of a sort?  Or would the rates for buy-in, if actuarially- rather than politically-determined, be significantly higher than the state’s current Medicaid spending? 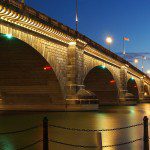 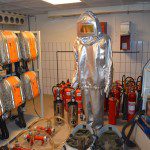 June 8, 2017 Comey hearing open thread
Recent Comments
0 | Leave a Comment
"I attended a meeting last night for Girl Scout leaders in my area. There were ..."
Ruth Curcuru RIP, volunteerism
"I was a treasurer for a not-for-profit and got “dethroned” in a similar way. However, ..."
Jim Dailey RIP, volunteerism
"I have found that unless people were consistently voluntold to help out when they're young, ..."
Ame RIP, volunteerism
"Just wanted you to know that I have loved reading your articles!"
littlecanary New Job! A few personal updates
Browse Our Archives
Related posts from Jane the Actuary