Can the Pope rewrite doctrine?

Can the Pope rewrite doctrine? August 2, 2018 Jane the Actuary 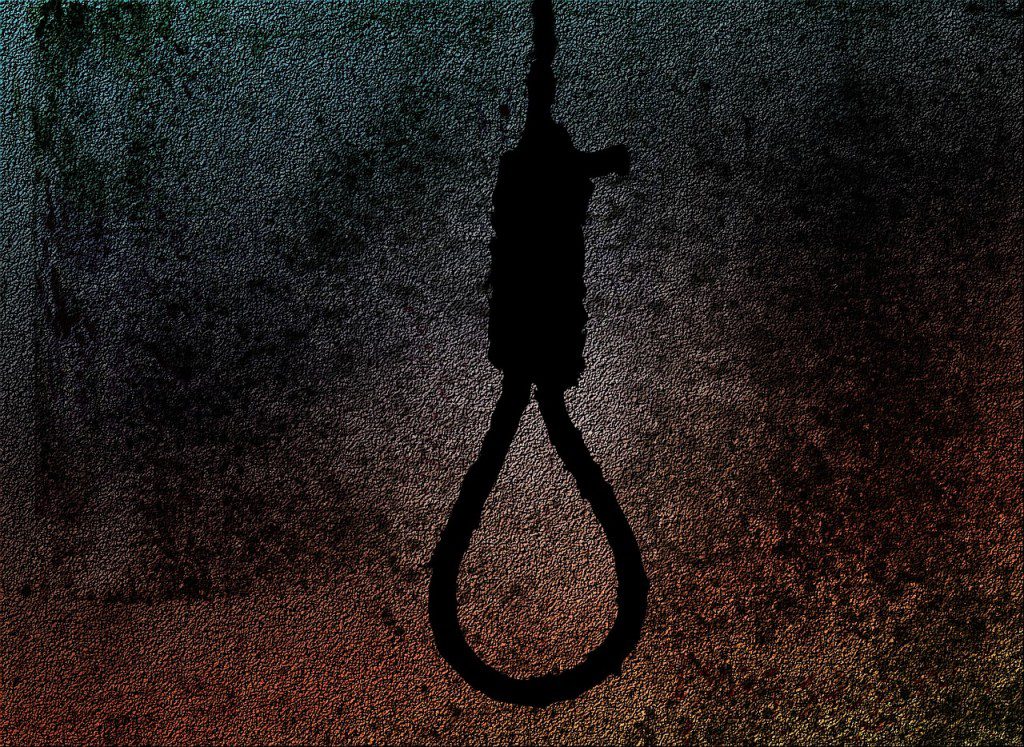 In today’s news, the dramatic announcement that, as the New York Times phrases it in its headline, “Pope Declares Death Penalty Unacceptable in All Cases.”

Pope Francis has declared that the death penalty is wrong in all cases, a definitive change in church teaching that is likely to challenge faithful Catholic politicians, judges and officials in the United States and other countries who have argued that their church was not entirely opposed to capital punishment.

Francis added the change to the Catechism of the Roman Catholic Church. . . .

Francis’ decision is likely to put many American Catholic politicians in a difficult position, especially Catholic governors, like Greg Abbott of Texas and Pete Ricketts of Nebraska, who have presided over executions.

And it could set off a backlash among American Catholic traditionalists who have already cast Francis as being dangerously inclined to change or compromise church teaching on other issues, like permitting communion for Catholics who have divorced and remarried without getting a church annulment. . . .

Abolishing the death penalty has been one of Francis’ top priorities for many years, along with saving the environment and caring for immigrants and refugees.

Now, I have to admit that I find it odd that the death penalty is such a priority for a Pope from Latin America, where, per this handy-dandy map, with few exceptions, the entire continent has abolished it entirely or “except in extreme cases.”  The only country over which the Catholic Church has any influence, which has the death penalty, is the United States, and the remaining such countries are ones where a papal campaign would make no difference.  Conceivably, this “top priority” is a carry-over from the fact that Argentina only abolished the death penalty a decade ago.  But in 2018 America, this seems a campaign that’s as likely to have the undesirable effect of pushing Catholics from public life in death-penalty states as it is to have its desired effect.

But that’s really just a preamble to the larger question:  did the Pope clearly and directly change Catholic doctrine and, hence, communicate that doctrine is changeable if you have a good enough reason?

The National Catholic Register article on the subject strikes me as trying, however strained an interpretation it might be, to emphasize continuity:

The Vatican Thursday altered the Catechism’s wording on the permissibility of the death penalty, which the Church teaches is legitimate in extreme cases, stating it is “inadmissible,” and its elimination will be sought.

What does “inadmissable” mean, and does the reporter’s use of the present tense mean that she still understands this core “legitimate in extreme cases” teaching to be true, just that the Pope rejects that in the world of 2018 no such “extreme cases” exist?  I’m not sure.

But there are more skeptical, more worried perspectives.

Here’s Ross Douthat, writing on twitter (apologies for the long set of links but I’m not sure what the best practice is for citing from a tweetstorm) that Francis is once again engaged in changing doctrine with some degree of plausible denyability:

There are anti-death penalty Catholic thinkers who argue that past teaching on this question was real but not authoritative/infallible, and therefore a reversal is possible. This is the position taken, for instance, by E. Christian Brugger in this debate:https://t.co/frOE9FffR0

This effectively sidestepped the debate about whether the DP was intrinsically evil by seeking recourse in a kind of consequentialism: It might be okay to use it to protect society in some situations but probably not in modern conditions.

And the keenest theological minds behind the JPII synthesis worked hard to argue for its prudential quality, and therefore its continuity with past church teaching — for instance, Ratzinger in his public interventions, and Avery Dulles at length here:https://t.co/SjM9t2y8nm

That looks more like reversal. And yet — if you read the preamble to the change, there's still talk about how the change reflects the fact that "more effective systems of detention have been developed." And "inadmissible" is not the same (or is it?) as "intrinsically evil."

But anyone arguing for continuity has to recognize that at the very least this kind of shift turns the traditional teaching into a sort of hermetic secret, available to ppl who read extremely carefully but invisible in the normal public teaching of the church.

Another way to see this is that on both the death penalty and divorce, the JPII synthesis stretched the claim of continuity — with a prudential anti-death penalty arg that *sounded* absolute, and a liberal annulment policy — without making a formal break.

In this case there may be less uproar, because conservative Catholics (see Brugger or Robert George or others) are less certain and more divided about the authoritativeness of past teaching on DP than they are about remarriage.

But the bottom line is that this is another example of how Pope Francis has consistently exposed the tensions in the post-Vatican II conservative position, and pushed the JPII synthesis into intellectual crisis.

It seems to me that the Pope has crossed a bright line. He is denying, for the first time in nearly two millennia of Catholic teaching, and in direct contradiction to the Fathers of the Church, that the state has the right to impose capital punishment. That’s a meaningful difference from saying that the state has that right, but shouldn’t use it.

Even if you disfavor the death penalty, understand what this means: this Pope has claimed forthrightly that the Catholic Church taught error, but now, at long last, he has set the Church straight. From a traditional point of view, though, this means that the Pope is teaching error.

If Francis can do this, what can’t he do? What are the limits on his power?

Catholic friends keep saying to me how much they hope that the Catholic Church and the Orthodox Churches can end our thousand-year schism, and reunite. I would love for that to happen myself, but I keep telling them that even if the Orthodox set aside the historical prejudices that stand in the way, there is no way that Orthodoxy is going to take the chance of reunion with the Latin church that is so unstable, liturgically and doctrinally.

In the first place, I admit that the death penalty is not something about which I care particularly much.  In 2018 America, I don’t think it has much of a deterrent effect — quite the opposite, really; I think Dylan Roof is much more OK with being executed and imagining himself a Hero of the White Race than with the prospect of truly spending the rest of his life in prison.  I also believe that our penal system is well functioning enough that we need not fear some sort of mass break-out, and I believe that we can humanely run a prison system which includes life in prison for the worst criminals. But I don’t want to say that, in the Wild West, or at some hypothetical future time when there may be a much less secure prison system, it was or will be sinful for the government to carry out executions.  And I just can’t get myself to be upset by the fact that in various other states it exists as a sentence.

It does bother me quite a bit that Francis was not satisfied with reiterating the catechism’s existing statements confining the death penalty to a very narrow set of circumstances, but chose to advance this further, and in doing so, chose to advance the very concept of “development of doctrine.”  It feels a bit as if he’s attempting a bit of preparing the battlespace for other future “developments of doctrine.”  And, no, when I made my RCIA profession of faith, it was not to “all that the holy Catholic Church believes, teaches, and proclaims to be revealed by God as determined by the Pope at any given time.”

What’s more, the determination that Francis has now made, that the death penalty is wrong in all cases, feels a bit “end of history”-ish, in that it assumes that all nations are on an inevitable march towards an ever more just, peaceful, and prosperous world.  Yes, I hope that’s the case, but I’m not keen on building up a corpus of doctrine that’s contingent on this.

And finally, the death penalty, like the killing of enemy soldiers and, collaterally, civilians, in times of war, is something that, yes, relies on the general principle of holding regard for human dignity, but requires prudential judgment as well.  In the case of war, we do not believe our religious leaders are the best foreign policy experts to determine the particulars of whether and how a war should be fought, whether a military action that seems correct might do more harm than good, or whether the choice not to intervene might be the worse choice.  In the case of the death penalty, I don’t consider the Pope to be the expert on the specific circumstances in any given country, nor would I turn to him to evaluate questions of deterrence, or the effect on the psyche of long-term incarceration or solitary confinement (because, yes, some nations have even deemed life imprisonment to be just as much a violation of human dignity – and, apparently, what’s to stop the Pope?), questions which are, in the end, not questions of religion or morality.

So I’m not happy about it.  The whole point of the Catholic Church is its unchangingness.  This is not like an academic field of study, in which, say, our understanding of physics, or astronomy, or biology, “develops” over time.

And, while, yes, I’m sure this has been in the works for quite some time, for this to be announced, directed at American Catholics, at a time when its members are hearing constantly, “seminars are full of hanky-panky and all the bishops knew about all kinds of misbehavior” and the bishops have, so far as I know, not acknowledged this but have instead repeated their same old mantra with promises to investigate — well, it feels like trying to change the subject.  “The bishops and seminaries are corrupt?  Nah, let’s criticize the bad laypeople who haven’t come around to opposing the death penalty.” 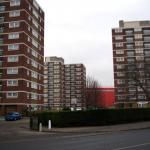 August 1, 2018
Will the "Rent Relief Act" relieve renters?
Next Post

August 4, 2018 In which I think about Sarah Jeong, racism, and privacy
Recent Comments
0 | Leave a Comment
Browse Our Archives
get the latest from
Jane the Actuary
Sign up for our newsletter
POPULAR AT PATHEOS Catholic
1

Catholic
Synod update - well, actually, not so much
Jane the Actuary

Catholic
The Pope, the cardinal, the twitter feed
Jane the Actuary
TRENDING AT PATHEOS Catholic