Patheos Explore the world's faith through different perspectives on religion and spirituality! Patheos has the views of the prevalent religions and spiritualities of the world.
The above is not my photo; it’s just an image pulled from Wikimedia Commons but comes reasonably close to the meal that we had for dinner yesterday — a favorite of the kids that we brought back with us from Germany, though we didn’t so much make it, when we lived there, but enjoyed it at restaurants periodically, and, true to this description from Wikipedia, my kids remember it from a mountaintop restaurant in particular.

Here’s the recipe, taken from the definitive Bavarian cookbook which my husband was given when he left for the U.S. for the first time:

300 g flour (2 1/2 cups, I think; different websites are giving me different conversions and I used my kitchen scale)

salt (yeah, this cookbook assumes you know how much salt.  I used 1/2 tsp.)

Make a batter with all the ingredients except the egg whites.

Beat the egg whites to stiff peaks and fold into the batter.

Heat oil in a frying pan, then pour batter to 1 cm in thickness (too thin a layer will result in a chewy Kaiserschmarrn).

Let cook, flip over, and cook again, then cut into large pieces, or rip with two forks, then cook until golden brown.  If desired sprinkle sugar and cook until it’s glazed.

Serve sprinkled with powdered sugar and with applesauce or compote.

I tried this with two pans.  My cast iron skillet let me shred it easily in the pan itself, but it did not flip over very well, so it was something of a mess.  My nonstick pan created a more solid pancake-shape to allow me to flip it more easily, but then I couldn’t use forks and had to cut it up separately or using a silicone spatula so as to not scrape up the pan.  I also didn’t add any sugar because I served it with cranberry sauce from a bag of cranberries I had picked up at the store just after Thanksgiving, following the recipe on the package (bring 1 c. water and 1 c. sugar to a boil, add the 12 oz. package of cranberries, cook until the skins pop; I also then let it keep on cooking until it got very gel-ly but didn’t strain out the skins), and this combination tasted very, very good.

There’s also a thing about raisins but I skipped that because I don’t like raisins.  In a restaurant, you can order it with our without raisins.

This is admittedly not a super-nutritious meal, though it also depends, I suppose, how much sugar you add to it.  (I was also thinking of making a fritatta alongside it for some protein but then decided that was too much effort.)  It also has the advantage, relative to the German pancakes (which are crepes but slightly thicker) that the kids also like to ask for, that one recipe’s worth makes four batches so it goes faster than making one crepe/pancake after the next.

And with that, and one more batch of pumpkin rolls, the Thanksgiving cooking/baking/overeating is done, and the pre-Christmas diet begins.

November 27, 2018
No, there's no such thing as "humanistic" genetically-engineered humans
Next Post

Pseudo-Profundity from Fake Voltaire
Catholic and Enjoying It!
Related posts from Jane the Actuary 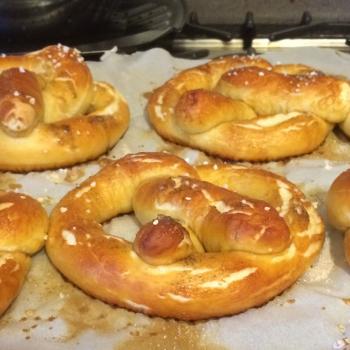 Catholic
It's all about the lye (no soda)
Jane the Actuary 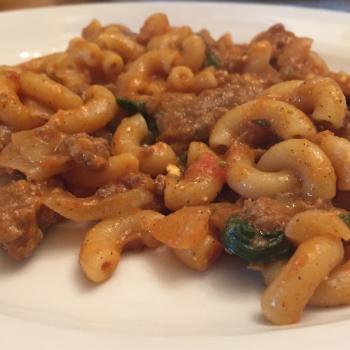 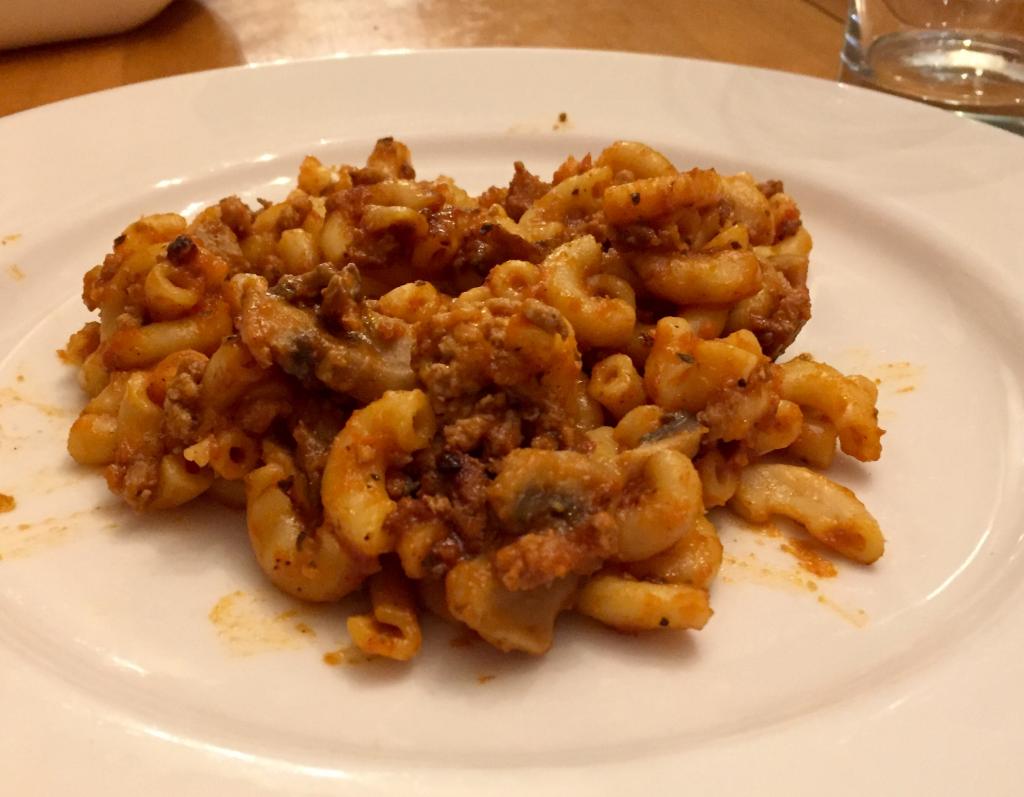 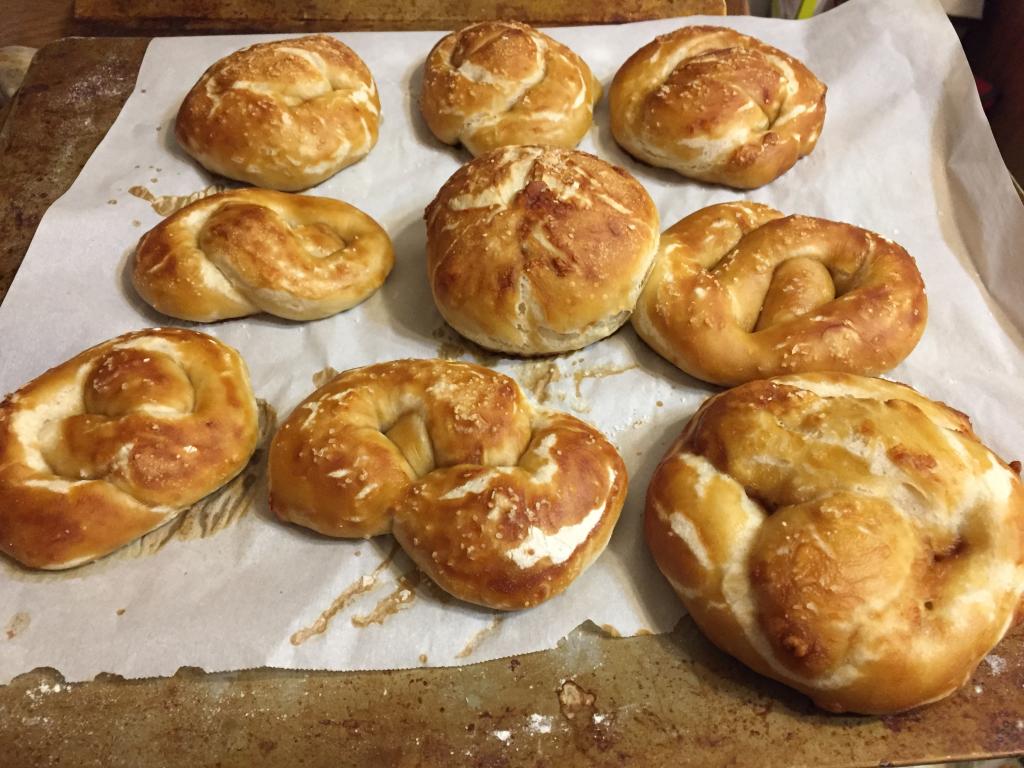 Catholic
Pretzel-making, or, fear not the lye!
Jane the Actuary
TRENDING AT PATHEOS Catholic