This is a strange sort of stop — the port of Livorno is itself nothing to write home about, but provides access with a reasonable drive time to destinations as far as Florence and, in fact, the cruise-sponsored tour buses lined up and waiting for their passengers seemed far more numerous than the prior days, though, at the same time, the prices charged by the ship even for something as simple as “X on your own” were quite high.  At the same time, we weren’t entirely certain what we wanted to do, but knew that it started with taking the cruise ship’s shuttle bus (for which they actually charged EUR 5) to the main plaza in the city, figuring from there we’d play it by ear, and be prepared to, from there, walk or take the bus to the train station and see what trains were running when.  (If we’d had wifi this would have been a lot easier.)  And when we got off the bus, there was a crew waving signs advertising trips, but, unlike the somewhat shady-looking people at other stops, these folks operated out of the tourist office with trips to the major destinations, in particular, offering our hoped-for trip out to Lucca, which we’d never seen before, with a side trip out to Pisa; the trip included 3 hours in Lucca and 1/2 hours in Pisa, at a decent price, with the only inconvenience being that it was 9:30 when we arrived in Livorno and the bus didn’t leave until 10:30, but it was fine to kill time for an hour.

The Pisa leg was first.  The company — Tuscanybus.com — was fairly professional and the guide (who didn’t lead us around with her flag) gave us some instructions and a brochure with a map, and guided us partway to “Miracle Square,” where we took all the silly pictures, found the “recycled” marble that I had remembered from our prior trip over 10 years ago, and then, when the ticket to the Duomo was free but timed for after our bus departure (if you bought a ticket to one of the paid sites, like the baptistry, the Duomo was without a specified time, but we were kind of cheap, and hoped that they would let us in earlier than the specified time, which they didn’t), after we tired of looking around, we walked around the main drag, got some gelato, and made our way back to the bus.

Then we headed on to Lucca.  We didn’t really do much here — we had lunch, we ate gelato, we walked around and absorbed the quieter, more relaxed atmosphere.  We visited a church.  We looked at Lucca’s own Roman amphitheater-turned-shops in which you really can’t see much that remains except the oval shape and, if you use your imagination, some of the bricks where the plaster has fallen off, plus an interior of a restaurant there.  Part of the draw of Lucca in the guidebook description is its existing city wall, but it’s not like Nordlingen or Rothenburg o.d. Tauber with ramparts and so forth; it’s more like just a berm surrounding the city upon which you can walk or bike.  And from Lucca, the bus took us (since we were all on a single cruise line) directly back to the ship.  All in all, it was more than satisfactory for a day approached with “we’ll see what we can figure out,” and that night we enjoyed looking at the price sheet for cruise-line sponsored excursion to gawk at how expensive our trip would have been if booked through them.

In the evening, we celebrated my “Facebook birthday” because, yes, I did not want my real birthday to be available in Facebook’s data, by going to the fancier of the two free main restaurants.  And then we packed, which was a bit challenging logistically, as suitcases get picked up that very night, so you have to think through what stays out ’til the next day and how we subsequently pack that up. 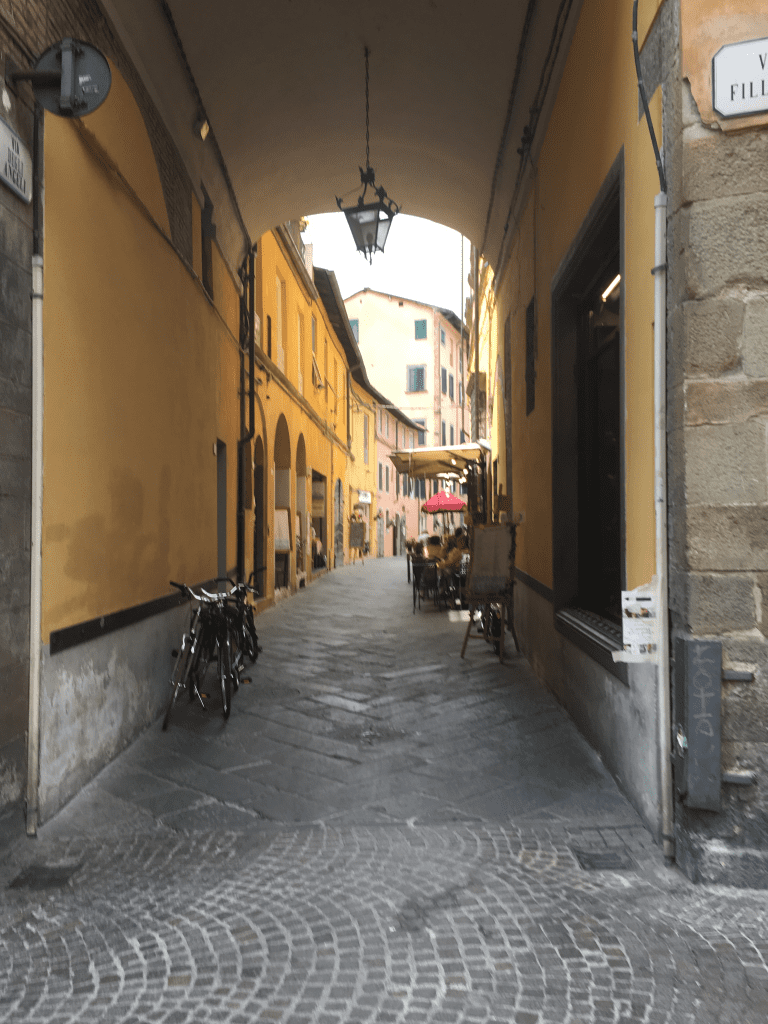 July 21, 2019 Vacation 2019, part eight: back to Rome
Recent Comments
0 | Leave a Comment
"I am intersex. So, your kind attacked me morning, noon and night when I was ..."
Daniel Johnson Yes, you should object to saying ..."
"If Illinois is going to tolerate gender flexibility, maybe it is time for Paprocki to ..."
alwayspuzzled Yes, you should object to saying ..."
"Thanks for this link. Very useful perspective!"
Jane the Actuary On Maus, Book-Banning, and Common Sense
"Apologies for reviving a two-week-old thread, but you might be interested in this post, which ..."
Amaryllis On Maus, Book-Banning, and Common Sense
Browse Our Archives
Related posts from Jane the Actuary