(Is this an insight original to her?  I don’t know.  Here’s one cite for this, but she’s said this repeatedly.)

I’d go a step further:  that a given individual is particularly empathetic towards people who face a particular problem, or is indeed personally affected by that problem, does not mean that he or she is any more likely to know the solution to that problem.  And, likewise, just because you can envision a desired “end state” does not mean that you know how to get there.

We all want an end state in which neither race/ethnicity nor skin color generally speaking, is a determinant of one’s fate in life, in which experts building their careers on analyses of the differences in economic well-being by race/ethnicity become jobless because there are no differences to be seen, in which police are so expertly trained in de-escalation and in means of restraint that cause no harm (assuming these exist — in the same manner as I once observed that everyone dreams of a “phaser,” that is, a crimefighting, suspect-apprehending tool that would merely “stun” rather than cause injury).

But the getting-from-here-to-there is not as straightforward as wanting it.

Recall the George Zimmerman/Trayvon Martin case:  Martin first caught Zimmerman’s eye because he appeared, in Zimmerman’s telling, to be looking into windows in his condo complex, which caught his attention because of recent burglaries.  Whichever side you took in this case, recall that a jury found that Zimmerman’s explanation that, in the course of investigating him, he was attacked by Martin and feared for his life, was credible enough to be unable to convict him of murder.

In the case of Ahmaud Arbery, near as I can tell, there was no such reasonable explanation – Arbery had simply been a black man jogging in a racially-segregated neighborhood.  Yes, it wasn’t his “own” neighborhood, but, heck, who doesn’t prefer to walk in ritzier neighborhoods?  Who doesn’t like to inspect houses under construction, and speculate as to what the floor plan looks like?

Many of the complaints that we’re hearing now from protestors (the actual daytime protestors, not the nighttime rioters and looters) are that they are fed up with being viewed as suspicious solely because of their skin color.  And, yes, it’s a problem, and, of course, it’s a further problem if they are stopped by police, questioned, arrested for no reason other than being perceived of as being somewhere that they don’t belong.

So we who want to “make a difference” can educate ourselves as to ways in which policing methods can be fixed — twitter tells me that Camden has a successful model that local departments can follow.  We can investigate the extent to which our own local police departments do what’s right and reject what’s wrong, whether police officers are trained properly, whether “bad apples” are fired (or whether, on the contrary, police unions have negotiated protections for their members).  In a comment to my prior post, Ted Seeber reported some information I hadn’t seen:  that Floyd was exhibiting symptoms of a heart attack and should have been given medical aid, in the moments before the cop pinned him to the ground — are cops lacking in something as simple as basic first aid training (or was the fact that Floyd and the arresting officer both worked security at the same bar no mere coincidence, but meant that there was some bitterness between the two?)?   In any case, at a local level, citizens can demand this of their police forces.  At a federal level, there’s the question of qualified immunity and whether the legal protection that police have should be removed, so, yes, we can call on our legislators to legislate intelligently in the matter.

But the issue of black men being viewed suspiciously doesn’t lend itself to particularly easy answers.  I mean, sure, yes, each of us individually can pledge to do better — though, in the end, I don’t know that I, as a 5′ 3″ suburban woman, could simply pledge do “do better” (even though most of the time, when “urban”-looking teenagers are in the neighborhood, it’s to try to sell candy bars or newspaper subscriptions with a story that it’s for their charitable group, and no, I don’t call the cops on them).  Around here, a black man does look out of place, except when he’s wearing the cargo shorts that form the uniform of suburban middle-class men, and maybe with a white spouse and biracial children.   And a Hispanic man?  Yeah, you form your expectations around whether the man with the lawn-mower is from the lawn service or the actual home-owner based on whether he’s a middle-class-looking Hispanic (which around here probably means he’s actually Filipino) or, well, not so much.  And changing that isn’t a matter of “we need more anti-racism training” — it’s a circular thing:  if underrepresented racial/ethnic minorities were not so, well, underrepresented in our middle-class lives, this would all be a non-issue.  But, again, just because we know the end state that we want doesn’t mean there’s an answer in how to get there.

Use of deadly force

But what about Floyd?  Is there an epidemic of police using deadly force against black men?  Are protesters right to say that this fear envelops young black men?  Wikipedia has compiled some of the relevant statistics:  when considered across the total population,

The rate of fatal police shootings per million was 10.13 for Native Americans, 6.6 for black people, 3.23 for Hispanics; 2.9 for white people and 1.17 for Asians. By total, police more frequently killed whites than any other race or ethnicity. As a percentage of the U.S. population, however, black Americans were 2.5 times more likely than whites to be killed by the police in 2015. A 2015 study found that unarmed blacks were 3.49 times more likely to be shot by police than were unarmed whites. Another study published in 2016 concluded that the mortality rate of legal interventions among black and Hispanic people was 2.8 and 1.7 times higher than that among white people. Another 2015 study concluded that black people were 2.8 times more likely to be killed by police than whites. . . .

A 2015 study by Harvard professor Roland G. Fryer, Jr. found that there was no racial bias in the use of lethal police force between black and white suspects in similar situations. . . . A 2019 paper by Princeton University political scientists disputed the findings by Fryer, saying that if police had a higher threshold for stopping whites, this might mean that the whites, Hispanics and blacks in Fryer’s data are not similar.

It is a part of our current reality that black men are more likely to be perpetrators of crime than white men. Wikipedia’s data appears old, but here are some key numbers:

This Wikipedia article also includes an additional data point on the question of shootings by police:

A 2018 study in the American Journal of Public Health found that black and Hispanic men were far more likely to be killed by police than white men.[85] However, when the crime rates in black, Hispanic, and white communities are considered, no bias was found.

So what do you do with this information?  Apparently (according to tweets which I did not bookmark) there were instances of police violence against white people which was likewise disproportionate, but which doesn’t form a part of a narrative.  It’s all a mess.

From protest to riot

Of course, none of this has to do with the riots over the weekend — except, of course, that, to the best of my own understanding of the matter, people sympathetic to the complaints of the protesters made excuses for the riots, at least initially, along the lines of “what can you expect when they have experienced so much injustice in their lives/when no one heeded their nonviolent calls for change?”, rather than calling out, and actively stopping (with respect to law enforcement action) the riots.  And somewhere along the way even those excuse-makers who finally acknowledged that looting stores and setting fire to buildings is not a legitimate way of protesting grievances, or even a wrong-but-understandable action by those who are suffering from injustice, but a mix of crimes of opportunity for fun and profit, as well as to at least some degree, a deliberate attempt to enflame the situation — though many of them crafted their own fantasy narrative that it was either the police themselves or White Separatists attempting to start a race war by masquerading as Antifa/Black Bloc rather than acknowledging the simpler answer that it was indeed Antifa/anarchists.  (It seems to me that, in a positive developments, these claims have now faded as well.)

And I don’t see how this simply winds down of its own accord.  Looters and rioters have moved from central cities to suburbs, have figured out how to coordinate among themselves to stay ahead of police.   Teens out of school, and teens and young adults without (summer) jobs mean there is no job to go to.  Maybe a solid stretch of thunderstorms solves the problem; I don’t know.

But it seems to me that the “real” protesters simply have to call for a  pause, for organized leaders in communities to say, “violence is wholly unacceptable and until it ends, we will stay home,” then resume protests with a targeted agenda, such as Hong Kong’s protests with 5 specific aims — for instance, calling for a reform in qualified immunity nationally, or protesting in a given city in favor of specific reforms in its policing methods.  To continue with protests under the current circumstances, especially with signs such as “no justice, no peace,” is instead giving rioters and looters cover rather than enabling police to put an end to the rioting and looting.

And make no mistake — the rioting and looting is not somehow harmless because “everything is covered by insurance anyhow.”  Small businesses are all the more likely to have had less than complete coverage simply because their profit margins are so tight, and may have even let it lapse to try to survive a covid shutdown.  Large businesses — the Targets and Cub Foods and the like — may have the insurance cash to rebuild but may be less than keen to do so if they were located in poorer areas where profit margins were already tight.  And the workers at those businesses are hardly insured for their lost income in the meantime.

Image: apparently I blogged about the Philandro Castile shooting because when I searched up “police” in my blog photo library, here this was.   https://commons.wikimedia.org/wiki/File%3APhilando_Castile_-_Falcon_Heights_Police_Shooting_(27589594944).jpg; By Tony Webster from Minneapolis, Minnesota (Philando Castile – Falcon Heights Police Shooting) [CC BY-SA 2.0 (http://creativecommons.org/licenses/by-sa/2.0)], via Wikimedia Commons
Minnesota Bureau of Criminal Apprehension (BCA) investigators process the scene of where a St. Anthony Police officer shot and killed 32-year-old Philando Castile in a car near Larpenteur Avenue and Fry Street in Falcon Heights, Minnesota, on July 6, 2016.

Yup, I did.  But I seem not to have had any particular insights about the matter. 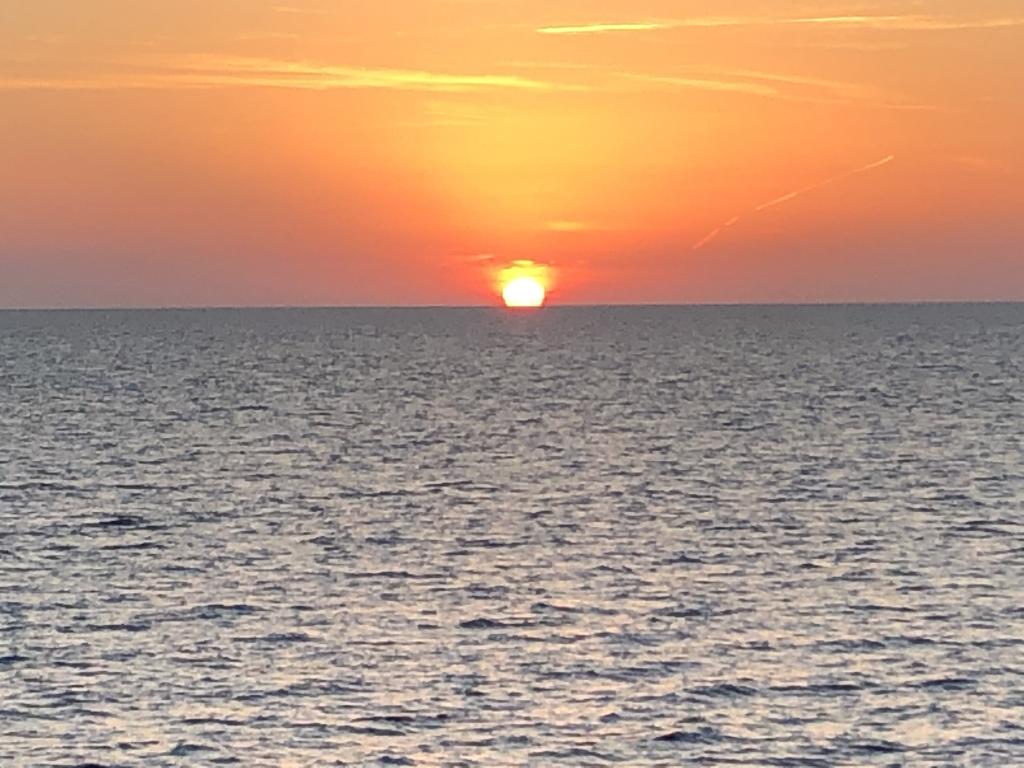 Catholic
American society falling apart, one action at a...
Jane the Actuary 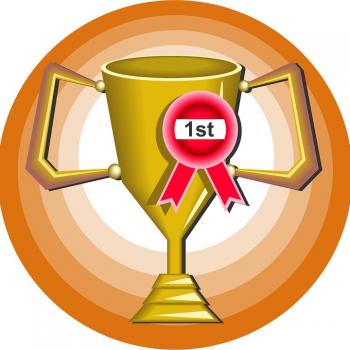 Catholic
Attention Rally-goers: do you want to win?
Jane the Actuary
TRENDING AT PATHEOS Catholic

Satan Tempting Jesus as a Proof of His...
Matthew 4:1-7 (RSV) Then Jesus was led up by the Spirit into the...
view all Catholic blogs
What Are Your Thoughts?leave a comment
Copyright 2008-2020, Patheos. All rights reserved.