Have you had to write goals as a part of your company’s performance review process?  Reader, I hated this — as a consulting firm we had some goals which were prescribed (largely around billable time) and were supposed to, in addition, some up with additional goals by which to be judged at the end of the year.  Sometimes they were dictated to me, sometimes I was told to come up with them myself, sometimes they made sense within the context of long-term projects I worked on, and sometimes they did not.  In particular, towards the end of my time there, the boss started with a push that “everyone should be selling, not just the partners and lead actuaries” and we were all required to place on our goals, a goal to find some new work to propose to a client.  Ugh.  In earlier years, goals were treated lightly enough that we could write up our goals halfway through the year, and my prior manager was perfectly happy with my writing up things I had already done as goals to check off.

But nonetheless, readers with this experience will be familiar with the concept of “SMART goals” — an acronym which is not entirely consistent but in one common approach says that goals should be

(See, for instance, Indeed.com for this explanation.)

And way back when Colin Kaepernick first started kneeling, part of my reaction was that there was no clear goal in mind for his actions.  (I checked – I didn’t blog about it at the time.)  (Boy, wouldn’t it be embarrassing if it turned out I had even though it didn’t turn up, and I said the opposite!)

Even now, I am seeing many calls for racial justice, generally speaking, and calls for “reform” but not a lot in terms of how to get from here to there.  “Get rid of bad cops!”  “Add more anti-racist training!”  “Train cops in de-escalation!”  But who, and where, and how?  Minneapolis is a “blue” city, and Minnesota is a “blue” state, and not in the form of blue-collar party-machine unionist Democrats, but with full “social justice”/”progressive” credentials.

I am finding that rightie twitter is happy to say that the answer is, in part, to bust police unions, because they give their bad apples protection in the same way as teachers’ unions protect bad teachers (e.g., placing them in the so-called “rubber rooms” rather than canning them), and stand in the way of other reforms by placing cops first, in the same way as teachers’ unions place teachers first over children.  But even narrowing the prescription down, what is the path there, especially when it is countless cities which govern themselves independently in this respect?  I would suspect that very few readers are from Minneapolis.  Do you have a role to play in pushing Minneapolis to reform its police department?  Is your role as an involved citizen limited to investigating the policing practices of your own police department?

What about federal legislation — is that a good idea, or is it an inappropriate crossing of boundaries?  Should the federal government be involved in mandating reforms?  In providing grant money?  Should we all be writing our congresscritters?  Should we be donating to nonprofits which research and evaluate training programs to provide data-driven best-practices?  And is there a trade-off, a point at which police officers become so fearful of harming arrestees (or the consequences of being accused of such) that they simply stop doing police work and public safety is at risk?

This is a lot more complex than just “caring about black lives.”

In fact, Cardinal Cupich’s own statements on the matter, in the form of a column in the Chicago Catholic newspaper, offered similarly non-actionable exhortations.

We need to ask ourselves and our elected officials: Why are black and brown people incarcerated at higher rates than whites for the same offenses? Why are people of color suffering disproportionately from the effects of the novel coronavirus? Why is our educational system failing to prepare children of color for a life in which they can flourish? Why are we still asking these questions and not moving heaven and earth to answer them, not with words, but with the systemic change it will take to finally right these wrongs? . . .

Other societies have experienced unfathomable offenses against humanity and found ways to engage the history, to admit the crimes, to hold accountable those who committed them and to move toward something resembling reconciliation: the murder of 6 million Jews by the Nazi regime, the Rwandan genocide, the crimes of South African apartheid. We Americans can do this too. We are well past overdue for such a national reconciliation and the need to account for the history of violence against people of color in this country. . . .

Only the hard work of familial love will set us on the path toward justice.

There is nothing actionable here.

“Systemic change”?  What does that even mean?  Plenty of activists, when they call for this, mean changes as dramatic as the full-on adoption of a “classic” European social welfare state (but always with taxes levied on the rich to fund it) or even the adoption of Marxist-Lenninism.

A “national reconciliation”?  The South African Truth and Reconciliation Commission was not a mass penance performed by white people towards their black neighbors.  It was not a matter of reparations, certainly not in the manner in which present-day American discussions propose massive federal spending such as free college for black students, home down payment grants for black homebuyers, etc.  And it had to do with actual crimes perpetrated, not some sort of process by which Karens are to be re-educated in their sins of calling the cops on black men, or crossing to the other side of the street.

So, readers, what “SMART” action could a white middle-class suburbanite take that would (along side actions of others) achieve a goal? 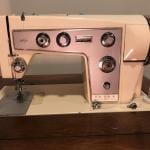