(EDIT: A friend of mine has published a response here. I actually don’t think much separates us, but I would like to include his objections).

What follows is exploratory and suggestive. I don’t consider myself an ethicist, nor do I have a wholly transparent and satisfactory resolution to the problem interrogated in this blog post. I ask you, dear reader, to please read it in that spirit.

Hypocrisy is supposed to be a bad thing; Christ denounces it in the Gospels; virtually no one self-identifies as a hypocrite. Yet, what Jesus attacks is not exactly what we mean when we use the term. According to Merriam-Webster, its “simple definition” is “the behavior of people who do things that they tell other people not to do: behavior that does not agree with what someone claims to believe or feel.”

But what does the Messiah say about hypocrisy? Matthew 23 is filled with examples, but its opening gives us the key to interpreting the rest of the chapter:

Then Jesus spoke to the crowds and to his disciples, saying, “The scribes and the Pharisees have taken their seat on the chair of Moses. Therefore, do and observe all things whatsoever they tell you, but do not follow their example. For they preach but they do not practice. They tie up heavy burdens [hard to carry] and lay them on people’s shoulders, but they will not lift a finger to move them. All their works are performed to be seen. They widen their phylacteries and lengthen their tassels. They love places of honor at banquets, seats of honor in synagogues, greetings in marketplaces, and the salutation ‘Rabbi.’” (Matthew 23:1-7)

Thus far, His definition seems to accord with our normative one. The Pharisees do not do what they say. I propose, however, that that is not all that they are doing wrong. It is not their failure to live up the Law that is the problem. More fundamentally, they fail, but expect perfection of others; they pretend to have it all figured out. Essentially, then, they lack humility:

Do not be called “Master”; you have but one master, the Messiah. The greatest among you must be your servant. Whoever exalts himself will be humbled; but whoever humbles himself will be exalted. Woe to you, scribes and Pharisees, you hypocrites. You lock the kingdom of heaven before human beings. You do not enter yourselves, nor do you allow entrance to those trying to enter. (Matthew 23:10-13)

Thus, as the Christian faith teaches, it is okay to fail to practice what one believe; in fact, we all do. None of us is perfect as our heavenly Father is perfect. The problem lies not in our failure, but in our pretending that our failure is success, and thus passing it off to others as an ideal. In this sense, it is absolutely okay not to practice what one preaches, as long as one strives to do so. Forgiveness is available for the penitent.

This issue has been with me a long time, but my struggle with it feels particularly acute at the moment, because last night, during a web seminar, my group discussed Paul Griffiths’ Intellectual Appetite: a Theological Grammar. In it, he denounces the idea of intellectual property, specifically our contemporary obsession with plagiarism. For him, everything is a gift from our creator. Plagiarism is bad not because it involves stealing (knowledge cannot be stolen!), but because it requires extreme ingratitude, both toward the creator and the sub-creators (specifically human beings), who participate in the unfolding of the divine work of manifestation.

Such a stance was not popular in the seminar, predominantly because everyone in attendance was either a professor or a graduate student. Almost all of my peers wanted to read the situation practically: “even if he’s right, how am I supposed to get a job, tenure, or even discipline plagiarizing students if I take this man seriously?”

To me, such questions, while understandable, start in the wrong place. God asks crazy things of us, like giving away our possessions, forsaking our parents, and, for that matter, belief in a human incarnation of Himself. From that point of view, the question should not be “how can this be what God is saying,” but “how can I actualize these commandments in a fallen world?”

Here, hypocrisy enters the picture. Very few of us will actually give away all of our possessions to follow Christ; very few of us will denounce our parents, should they be disbelievers; very few of us even manage to get through the day without lustful or covetous thoughts! But all of these are requirements for taking up the Cross. The answer, it seems to me, is not to say “well, that’s difficult,” and instead to admit that we fail, repent, and strive to do better: to cut out our vicious thoughts, to detach ourselves from possessions as much as possible, and even to discern how we can stop pretending knowledge is something we can “own.” In this sense, it is okay to be a hypocrite (using our normative definition).

To illustrate my point, I’ve two examples. One from my own life and one from that of a friend.

This morning I woke up quite depressed. The why and what of that sadness is less important than the recognition that it happened; it made me lethargic, and as a result, I e-mailed my professor telling him I just could not make it to 9 AM Latin. This was wrong, and it’s the first time I’ve ever done anything like it. Thankfully, it’s a class I’m in voluntarily (I receive no grade and attend only for my own edification), and so the only person I’ve hurt is myself. Still, I must accept that what I did was wrong, not make excuses or pretend my depression should stop me from the work of self-betterment. No excuse can or should be made. I failed to achieve something, though hard, which I could’ve done and was called to do. Mea culpa, mea culpa, mea maxima culpa.

The other example comes from a Jewish friend of mine. His family is quite devout, but once, while on vacation in Australia, they drove on a Saturday, something he had never done before. Before doing so, his father sat him and his sister down and said: “this is wrong. What we are doing is wrong. I recognize that; we are on vacation and are doing this for that reason, but that’s no excuse.” Dare I say, his father was right. Note the lack of excuse. His question is not “God, why have you given me this difficult commandment, which I have to find a way out of” and is instead “I am sorry.” Teshuvah.

Is that not the call to repentance at the heart of Christianity: the recognition that I, above all others, have gravely sinned, in my thoughts and in my words, in what I have done and in what I have failed to do? The work of the Christian is never that of excuse; instead, it is that of ashes and sackcloth, of wonder at a God who has given so much and whose demands are (for humans) difficult, but always given in love. Thus, setting aside evasive explanations, we ought to declare with St. Andrew of Crete:

My inward being is wounded, my body is weak; my spirit is ill, and the word is powerless. Life is giving way to death and the end is near. What shall I do when the Judge comes and I must stand before Him?

I have reminded you, O my soul, from the books of Moses how the world was created, and from accounts throughout the Old Testament have shown examples of both the righteous and the unrighteous. But of these you have imitated the latter rather than the former and thereby have sinned against your God.

The law has no power over you, O my soul. You have made the Gospel fruitless, scorned the Scriptures, and reaped yourself no value from the prophets or the writings of the just. Your wounds have increased and you have no physician to heal you.

Therefore, O my soul, I will remind you of examples from the New Testament to lead you to contrition. Imitate the righteous and shun the ways of sinners that through prayer, fasting, purity, and reverence you may obtain the mercy of Christ.

Christ became a man, taking our flesh and of His own free will enduring everything which pertains to human nature (except sin). He has shown you an image of His own condescension.

Christ became a man and called both robbers and prostitutes to repentance. Return, therefore, O my soul, to Him. For the doors of the kingdom now stand open and the Pharisees, tax collectors and adulterers who have changed their ways are entering ahead of you! 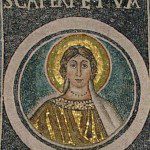 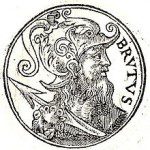 February 20, 2016 Embracing Our Pagan Heritage
Recent Comments
0 | Leave a Comment
"This is better than 99.99% of the stuff I've read on this topic.The problem is ..."
Theodore Seeber Catfish: Five Years On
"What does this have to do with Catholicism?"
Cbalducc Liberalism, or Rule by Technicality
"I am completely unclear why you are using the word "liberalism" to mean something completely ..."
Iain Lovejoy Liberalism, or Rule by Technicality
"Yes, the end of empire stales the imagination and disables creative and effectual alternatives to ..."
CorneliusFB In the Ruins of Decaying Empire
Browse Our Archives
get the latest updates from
Jappers and Janglers
and the Patheos
Catholic
Channel
POPULAR AT PATHEOS Catholic
1

"Gospel of Thomas" Isn't an Authentic...
Biblical Evidence for Catholicism
Related posts from Jappers and Janglers