Forgetting the Poor, We Got Trump

Forgetting the Poor, We Got Trump March 3, 2016 Chase Padusniak

Non-Trump voters do not get Trump: this goes for Democrats, Republicans, most analysts, my colleagues, and just about anyone within my professional universe. He’s considered an anomaly: somehow pulling together GOP and Independent voters from across the political spectrum, challenging the evangelical Cruz and the business-as-usual Rubio. His fast-talking bravado has even his enemies voting for him, sometimes precisely because they think his reign would be so apocalyptic, it would necessarily wake America from its neoliberal slumber. A recent collation of “secret Trump supporter” e-mails from the Guardian announces this loudly and clearly:

I work in a liberal arts department. I’ve read the works of Karl Marx, Herbert Marcuse, John Stuart Mill, Friedrich Nietzsche, Plato, Judith Butler, Simone de Beauvoir, Michel Foucault and so on. I am more inclined to listen to what Slavoj Žižek or Noam Chomsky have to say about current affairs than Rachel Maddow or Bill O’Reilly. If one were to take account of my demographics, the smart money would be to peg me for a Bernie Sanders supporter.

My interest in politics did not truly develop into an intellectually mature form until 2011, when Occupy Wall Street broke out as a populist leftist grass roots movement to combat the evils of unrestricted robber baron capitalism.

Early in 2014 I began concealing my political opinions from people, and it was shortly after this time that I began plotting to vote Republican in hopes that the party would send the country so far in the direction of complete unrestricted neoliberalism and libertarian free market superstition that Americans would come to recognize the dangers of these ideologies and eventually reject them[…]

His candidacy is a happy accident that is currently ripping the soul of America apart, which is something that I think we desperately need (and deserve) at this time in our history, for better or for worse. I support whatever strange gods happen to be behind his candidacy, for, as Martin Heidegger proclaimed in his famous Der Speigel interview, although for slightly different reasons, “Only a God can save us.”

In short, his appeal is broad; from gay Muslims to the KKK, Trump can find voters. Still, people often claim the GOP created this beast; its neglect of real world concerns, alongside its hateful rhetoric, got us here But that’s only half the story. Both parties are responsible for Herr Drumpf. This is most clear when one evaluates what I take to be the center of his support: the white working class, a group so overlooked our intelligentsia and political establishment can hardly fathom its existence.

Republican rhetoric is not the problem. Life in America is. I’m not one for numbers, but they don’t look good for the “under-achievers,” especially the white ones who are more likely to vote Trump than their non-white counterparts. We’ve seen this in Robert Putnam; we’ve seen this in Charles Murray; heck, we’ve seen this in Harmony Korine’s Gummo.

But I don’t want to talk about numbers, because even with quantitative analysis, people seem to think the GOP did this; they think years of xenophobic raving have invented a dissatisfied and foul-mouthed populace. This is not true. I grew up in north-central New Jersey in a former-factory town that still hosts a factory or two. The population is a mixture of blue-collar workers and those in the lower-middle class who might work as county bureaucrats, local politicians, or even lawyers. At one time mostly white, it is now a more heterogeneous community. It’s a town next to more prosperous ones, a pretty little place better off than many, but far from host to the “one-percent.”

Growing up, and to this day, I have been surrounded by would-be Trump supporters. My mother has passed, but her political views might be helpful here. She was pro-choice, pro-euthanasia, pro-physician assisted suicide, pro-glamor culture, not religious, and a lover of Reagan. She inveighed against the entitlement culture of the welfare state, but thought gay people ought to be able to marry. She had friends of all races (as our area is quite an amalgam of ethnic groups), but had little issue using racial slurs; for her, the words themselves held no intrinsically negative quality. She was, from the perspective of mainstream political culture, a bundle of contradictions, an anomaly. But she was not; her opinions are more-or-less shared by an entire class.

This is what, especially on the East Coast, a “conservative” often looks like: irreligious, but enamored of the culture religion creates (read: nostalgic), not particularly invested in the idea of a “free market” and horrified by the loss of jobs in America, but also an enemy of the welfare state, capable of moving among different ethnic groups with no problem, but xenophobic when it comes to the actual question of immigration. These are not evangelicals; they are not the moneyed class whence Chris Christie lurched; they are a totally forgotten and neglected people, a group neglected by both parties, a class whose interests reside neither with Democrats nor Republicans.

I can speak only of their existence in New Jersey, but I do not find it hard to imagine that, in varying ways, such people exist throughout the US, and especially in what we think of as “blue states.”

And so, it is the system that has created this problem. It is NAFTA. It is total neglect of our social and religious institutions. It is the establishment’s pandering to other groups, leaving these people feeling ignored and embittered. What do you do with someone who hates Al Sharpton, thinks capital punishment and the War on Drugs are entirely justifiable, but also thinks the welfare state is an invitation to entitlement, people who hate unions, but miss the jobs unions guaranteed them, people betrayed by Reagan, Clinton, the Bushes, and Obama?

Our politically-dominant class has done nothing with them, and so they have turned to Trump, whose rhetoric and pedigree (as an East Coaster) appeal to them. They turn to Trump because he is the only one who has turned to them. They were not coached by the GOP, nor are they stupid and in need of our derision. They are human beings: flawed, confused, and hurt, men and women with no viable institutions for their cultural impulses, nor political alternatives for their ever-growing dissatisfaction.

It’s going to take more than anger at Trump to solve this; it’s certainly going to take more than turning to Hillary or Marco Rubio, who ignored these people in the first place. What they need is spiritual and cultural food. What they need is the attention of a politics that understands their concerns without capitulating to their emerging anger and xenophobia. In a word, what they need is loving attention, and no matter how many words Mitt Romney spends trying to eviscerate Trump, the problem of a decaying working class remains, a problem once too narrow to interest our politicians, now too broad to be stopped. 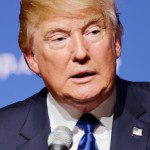 February 29, 2016
The Not So Dumpf Donald Drumpf
Next Post 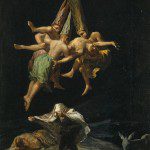 March 6, 2016 The Witch: The Fruits of Desire
Recent Comments
0 | Leave a Comment
"What does this have to do with Catholicism?"
Cbalducc Liberalism, or Rule by Technicality
"I am completely unclear why you are using the word "liberalism" to mean something completely ..."
Iain Lovejoy Liberalism, or Rule by Technicality
"Yes, the end of empire stales the imagination and disables creative and effectual alternatives to ..."
CorneliusFB In the Ruins of Decaying Empire
"Then 80% of of will be equally miserable poor people. The 20% who are more ..."
bill wald Christ Forgives Debts, so Should We
Browse Our Archives
get the latest from
Jappers and Janglers
Sign up for our newsletter
POPULAR AT PATHEOS Catholic
1