The Not So Dumpf Donald Drumpf

The Not So Dumpf Donald Drumpf February 29, 2016 Chase Padusniak

If you haven’t seen John Oliver’s methodical takedown of Trump, I recommend you check it out. Oliver believes we ought to rename him “Donald Drumpf,” because A. that was once his family’s name and B. because his power stems from his name, which emanates wealth and power. He’s like some video-game boss: find the weak spot and hit till he drops (or rather drumpfs). Oliver’s shtick could be funnier, but it might show us a way forward when it comes dumping Trump.

Obviously actual attacks don’t work. When I was a kid, playing Pokémon, I’d get to Snorlax, sleeping right in my path, run up against him until my under-ten-year-old brain was nearly fried, then realize I needed some magic flute to wake him up. This is essentially Trump; he has one weakness, one way past, and we have to find it. The man’s soft spot is his insecurity. His vulnerability is so covered over by machismo, he might as well be a WWE superstar (in fact, he once was, though superstar might be a bit strong). Yet, it’s a machismo he seems to believe; it’s so deeply ingrained that he is essentially impervious to minor attacks. Honestly, I have my doubts that Oliver’s move will actually unseat the king of the art of the deal. Yet, it’s a beginning.

This brings me to the title. His old (and now new) last name, “Drumpf,” is one letter away from the German dumpf, meaning “dull” or “hollow.” When connected with certain verbs it can mean things like “to thump.” Donald Drumpf is not dumpf. Being with Trump is like commenting on a Facebook link posted by someone with whom you disagree: you might say something totally rational, even funny, but it’s likely to go over everyone’s heads. What’s worse, the person who posted the link might post the most evasive or silliest comment, but his supporters will simply find their understanding of him re-inscribed in his message. If he is smart, his comment will show he is smart; if sexy, sexy; if the best gosh-darn businessman since Simon Magus, then he’s Gordon Gekko. Just ask Sam Rocha, whose “Catholics4Trump” Twitter account has built up over two thousand followers since its inception. On it, he pretended to be a Trump supporter. Following Oliver’s call to action, Rocha revealed the satiric nature of the account. What happened? He has retained plenty of followers, despite his inveighing against all things Trump, including sludge-slinging at his supporters. Even Donald Drumpf cannot be made dumpf to the masses.

What then is to be done? Oliver has given us a good start. The Drumpf image cannot be eroded rationally. Human beings might be rational, but rarely are they reasonable. All jokes up to this point have poked fun at the Donald. But he simply absorbs them, growing fat like Smaug on his pile of treasure. What we need are non-sequiturs, jokes as absurd as the man himself. Aaron Carter, former (?) popstar, has endorsed Trump. The falconer can no longer hear the falconer; this is no longer a contest in the name of reason; it’s a good new-fashioned postmodern dissection of our reasonableness itself. It’s politics, for good or for ill, that is, it’s self-fashioning. The jokes must match this new logic. Only after they have created an opening, is there hope for an undermining of the Drumpf’s positions. The work of argument sits beneath the work of rhetoric; one must cut through the crust to get to the gooey pie-like innards. We can start with Drumpf and end with a dissection of his immigration policy (or lack thereof).

Of course, none of this means anything, if we don’t actually learn something here. We’ve been pretty dumpf in our thoughts, deeds, and rhetorical flourishes. Drumpf is feeding off of the Dumpfheit left in the wake of joblessness, listlessness, and general vacuity at the center of American culture. Participation in social organizations is down; religion is faring poorly; and the white working class (my own background) is looking pretty horrific (The Week has a great piece on how all this drives Drumpf, née Trump, née Drumpf, here). If we escape President Drumpf, we would be very dumpf to do nothing to fix the problem. And so, a voice cries out: repent, repent! For even if we survive this assault from Babylon, how long until the Romans come? 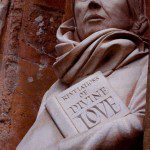 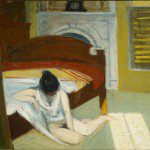 March 3, 2016 Forgetting the Poor, We Got Trump
Recent Comments
0 | Leave a Comment
Browse Our Archives
get the latest from
Jappers and Janglers
Sign up for our newsletter
POPULAR AT PATHEOS Catholic
1