Feeling and Loving with the Dead

Feeling and Loving with the Dead May 19, 2016 Chase Padusniak

As readers of my blog may know, I am a person prone to anxiety, even depression—not for any fault of mind or character, but from depth of feeling. Perhaps it’s a congenital condition, half-curse and half-blessing, some of us can’t help but find aching within. Perhaps it’s a product of life and experiences—early deaths, illnesses, and a concomitant stirring, an inability to be comfortable with a happy middle-class life. Most likely it’s a bit of both.

Regardless, this capacity to experience often feels isolating, a barrier between myself, my thoughts and feelings, and the abyss of another’s mind and body. Isolation is debilitating. It’s a loneliness at once glutted with pride, disdainful of difference, and damp with a self-critical pity.

It’s in this state—after a few weeks of paper writings as well as artistic and personal disappointment—that I began reading Dorothy Day’s autobiography, The Long Loneliness. And what an apt title it is! My edition contains a preface. This drew me in—a lovely tribute, a hymn, to Day, by none other than Daniel Berrigan, S.J.

As many know, Fr. Berrigan died recently. His testament is written in a mixture of Beat prose, anti-Vietnam sloganeering, and Catholic sensibility (if Catholics may be said to have sense). For what it lacks in the overt piety of that ancient Christian’s afterword to the Passion of Saints Perpetua and Felicity, it makes up for in the raw zeal of Christianity after Christendom. Midway through, Berrigan quotes Day:

Going around and seeing such sights is not enough. To help the organizers, to give what you have for relief, to pledge yourself to voluntary poverty for life so that you can share with your brothers is not enough. One must live with them, share with them their sufferings too. Give up one’s privacy, and mental and spiritual comforts as well as physical […] Yes, we have lived with the poor, with the workers, and we know them not just from the streets, or in mass meetings, but from years of living in the slums, in tenements, in our hospices […]

We have lived with the unemployed, the sick, the unemployables […] Going to the people is the purest and best act in Christian tradition and is the beginning of world brotherhood.

I wept over these words. I felt a sense of immense peace in reading them time and again.

Why? When a man feels alone, depressed, or otherwise without the comfort of any, save a few friends, love is hard. Love presents itself as an impossible gambit. When a man feels deeply and can’t help but express that profundity of experience, attempting to communicate it only reopens his wounds. His audience remains silent—either because sincerely and absolutely other in temperament or because plunged in thought and sparing with words. Day felt it. Her long loneliness sublimated, an Augustinian longing. Well-read, even erudite, but not scholarly, Day found her faith in the experience of love. If the theologians had made Christianity a thought experiment, she was determined to prove their hypothesis, transforming it in the process.

What Day seemed to say was ‘take the leap.’ ‘Fear not.’ ‘Worry not.’ ‘The ache remains as long the self does.’ She loved both the Gospels and the Pslams. She loved our Lord.

Yet her expression goes beyond her words; these are merely the skeleton for an aching love. To read her autobiography is to participate in tradition, to feel the pulse of Catholic life as it passes from generation to generation, pilgrimming in a world filled with hate, violence, and—worst of all—the insidious indifference of Christians. To read Day (and to read Berrigan on Day) is a pleasure of Christian love. It is a reminder that the world goes on, that we go on, trying to love in spite of it all. Day’s lonely cry resonates in my heart and ears. She and I (and certainly Fr. Berrigan) are not the same. Each of us feels and felt intensely, though differently. Day brimming with anger in the slums of interwar New York, trafficking with Wobblies—the product of a loving, if bourgeois, home. Berrigan the priest, brother to an ex-priest—draft card burner, sneaking onto military bases to dent warheads. And I—the confused graduate student—happy in any worldly sense but not content, from a background equal parts folksy and Reaganite.

And yet, each of us is a Christian, a participant in a tradition two millennia old, each of us infinitely different, but united by depth of feeling and the desire to have the courage to love. 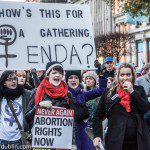 May 13, 2016
The Corpse of Culture Wars Catholicism
Next Post 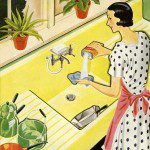 May 23, 2016 50s Americana: A Contemporary Idol
Recent Comments
0 | Leave a Comment
Browse Our Archives
get the latest from
Jappers and Janglers
Sign up for our newsletter
POPULAR AT PATHEOS Catholic
1

Patheos Catholic Advice
Here is some good Catholic spiritual advice. Give Everything Back to God...
view all Catholic blogs
What Are Your Thoughts?leave a comment
Copyright 2008-2020, Patheos. All rights reserved.