Many of us know the Catechism, but to live the faith, that is different, that is a holy sacrifice—an exercise in Christian foolishness.

My ability to know the truth without living it—to radiate the joy proper to the fulfilled Christian—troubles me. I have little difficulty in writing, reading, and offering advice to others when it comes to the Faith, and yet that is not Christianity.

What is a faith dead in practice, lived in staleness? What is a rebuke without gentleness, an exhortation without inner conversion? What value has a counterfeit coin with all the right markings?

Christ gives us an answer:

To know the faith and bicker about it (to strain the gnat, the tiniest point of the law), but to ignore it as a lived experience (to swallow the camel, the greater sin) is hypocrisy—a limp intellectualization of a religion intended for fools.

And, if I might be blunt, for people in this business—blogging—it is all too easy to pontificate, to respond to what others have written, to argue, to sweat, to toil, to strain—all in the name of the faith. But at what point does apologia disguise an uncircumcised heart? When does quibbling over the gnat leave the camel untouched? Too often.

The question is not an easy one, but as I have continued reading Thomas Merton’s autobiography, his thoughts on this matter have struck me.

Early in his conversion story, he confesses his inadequacy:

I will have to limit the statement by saying that it was still, for me, more an intellectual realization than anything else: and it had not yet struck down into the roots of my will. The life of the soul is not knowledge, it is love, since love is the act of the supreme faculty, the will, by which man is formally united to the final end of all striving—by which man becomes one with God.

After his baptism, he still finds himself struggling with this issue, with the fullness of the faith as act, as the coat given and the extra mile walked. As a twenty-something convert, he has read Augustine, Aquinas, Hopkins, Gilson, and Maritain, and yet his will remains paralyzed, inadequate. Meditating on this, he delivers a stunning reflection:

What was this curse that was on me, that I could not translate belief into action, and my knowledge of God into a concrete campaign for possessing Him, Whom I knew to be the only true good? No, I was content to speculate and argue: and I think the reason is that my knowledge was too much a mere matter of natural and intellectual consideration. After all, Aristotle placed the highest natural felicity in the knowledge of God which was accessible to him, a pagan: and I think he was probably right. The heights that can be reached by metaphysical speculation introduce a man into a realm of pure and subtle pleasure that offers the most nearly permanent delights you can find in the natural order. When you go one step higher, and base your speculations on premises that are revealed, the pleasure gets deeper and more perfect still. Yet even though the subject matter may be the mysteries of the Christian faith, the manner of contemplating them, speculative and impersonal, may still not transcend the natural plane, at least as far as practical consequences go.

In such an event, you get no contemplation, but a kind of intellectual and esthetic gluttony—a high and refined and even virtuous form of selfishness. And when it leads to no movement of the will towards God, no efficacious love of Him, it is sterile and dead, this meditation, and could even accidentally become, under certain circumstances, a kind of a sin—at least an imperfection.

Experience has taught me one big moral principle, which is this: it is totally impractical to plan your actions on the basis of a vast two-columned list of possibilities, with mortal sins on one side and things that are “not a mortal sin” on the other—the one to be avoided, the other to be accepted without discussion […]

I know what I am talking about, because that was the way I was still trying to live in those days. Do you want to see the two-column principle in operation? Here is an example of a lot of things which were not mortal sins in themselves. What they were per accidens I am afraid to say: I leave them up to the mercy of God.

Merton goes on to detail a drunken night out with friends—nothing to make the contemporary college student shake, but a night debauched enough. His story aside, there is immense wisdom in his words: to treat Christianity as something known as opposed to something felt, believed, even lived deep within one’s marrow, is a mistake at best, a cause for self-righteousness and self-glorification at worst. Mental gymnastics easily ensue.

Especially on the internet, we are so quick to rebuke, to entangle ourselves in arguments over the minutiae of Christian life—always we strain the gnat! How often we swallow the camel! Consider this then, my friends, a reminder, directed as much to myself as to anyone else: we must love each other to love God; we must live the faith in the joy of pure hearts, not merely in the cognitive function of our stulted brains.

Or, better yet, the First Epistle of St. John:

No one has ever seen God. Yet, if we love one another, God remains in us, and his love is brought to perfection in us. This is how we know that we remain in him and he in us, that he has given us of his Spirit. (1 John 4:12-13) 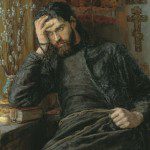 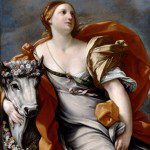 June 25, 2016 Confused Catholic Ramblings on Brexit
Recent Comments
0 | Leave a Comment
Browse Our Archives
get the latest updates from
Jappers and Janglers
and the Patheos
Catholic
Channel
POPULAR AT PATHEOS Catholic
1

The Dangers Coming From the 2021...
A Little Bit of Nothing
Related posts from Jappers and Janglers