The dust is beginning to clear (before the next great explosions of cultural and political competition take place). For a time, I have felt the need to keep silent on the question of Brexit. Forces on the Left and Right left me in a state of paralysis—xenophobia, neoliberalism, secularism, migrant and refugee status, and every other foible of contemporary European politics. What to think?

In what follows, I don’t pretend to offer an answer; the reader ought to know that going in. If anything, the clear-headed decisiveness evinced by so many is what this post is about—we have no idea what’s going to happen, and worse, our pretending such is the case further fractures us, both as Catholics and as informed (or so we think) human beings. Many a laudable attempt has been put forth here at Patheos Catholic (examples here, here, and here), but it is my hope that this one will strike a slightly different chord—less an argument and more an exploration of the most important concerns facing us in the tumultuous and unclear days ahead.

I am tired of hearing about sovereignty, independence, and democracy—those buzzwords ringing in the heads of the Leave camp. Catholicism is a tough religion; it demands the impossible (hence that old, oft-heard, little-understood verse about doing all things in Christ). And, contrary to our human instincts, that means standing up just as much—if not more—for the broken, the homeless, and the migrant far ahead of anything like national or ethnic sentiment. Or have we forgotten this?

And he said, “Amen, I say to you, no prophet is accepted in his own native place. Indeed, I tell you, there were many widows in Israel in the days of Elijah when the sky was closed for three and a half years and a severe famine spread over the entire land. It was to none of these that Elijah was sent, but only to a widow in Zarephath in the land of Sidon. Again, there were many lepers in Israel during the time of Elisha the prophet; yet not one of them was cleansed, but only Naaman the Syrian.” (Luke 4:24-27)

In other words, if your desire for sovereignty is a mask (even if only incidentally!) for the mistreatment of God’s chosen—the lowly and broken—your argument fails to fulfill the necessary insanity of Christian logic. There is no Brit, Pole, American, or Syrian in Christ.

No one ever said faith was easy.

On the other hand, I cannot believe that every single Leave voter is a xenophobe, and to listen to the media, one would certainly be inclined to think that this is the case. In a recent interview in Jacobin, Neil Davidson makes just this point:

Finally, it is not the case that everyone who supports Leave is a paid-up racist xenophobe who wants to stop migration. If Remain campaigners really believe that a potential majority of the British working class fall into this category then despair would be the only appropriate response, but they do not, and writing off entire communities off in this way is simply patronizing.

I’m from the northeast of Scotland, where the fishing industry has been devastated by the Common Fisheries Policy. Now, there are certainly valid environmental concerns about overfishing, but to establish a limit with no attempt to find alternative employment for the workers in that industry was always going to be catastrophic for the area, and the people who object to it have a perfectly good case against the EU which has nothing to do with migration.

This man is an avowed socialist, not an apologist for hatred of migrants. And yet, listen!

Most important here is his comment about the woeful lack of faith this position demonstrates in that old bogeyman—the working class (you know, the salt of the earth!). Undoubtedly, unsavory elements in Britain are stoking the flames of resentment; undoubtedly, there is no room for such sentiment among Christians. But the flip side is also true—there is no room in our faith for patronizing the simple folk, whose wisdom often far exceeds that of their “betters.” Do we do them justice by talking down to them, assuming they are merely filled with hate, and not engaging in the difficult work of listening, and then the more difficult work of argument?

Again, have we forgotten?

These aforementioned issues have dominated media coverage. They are, to some extent, important, but for me, as a Catholic, the following ought to animate the discussion: economic exploitation, migrant and refugee concerns, and the future of religion.

On the first question, I am unabashed admirer of Dorothy Day, of those who have stood in voluntary poverty, open hospitality, and great personal discomfort in the name of God’s least, especially in opposing the unjust systems implemented to exploit His children. That statement speaks for itself, as does the EU’s history—from its actions in Greece and Portugal, to its continued militarization.

In an independent Britain, that future is less clear. People are right to be concerned about UKIP and the possibility of more radical moves against God’s beloved. At the same time, it is easier to imagine Britain’s reforming itself internally than it is to envision the EU experiencing some sort of structural and political resurrection. Again, Neil Davidson’s words are helpful:

However, in spite of these problems, I don’t think that socialists — and certainly revolutionaries — have any choice but to argue for Leave. It is different if you genuinely believe that the EU is essentially a beneficial institution, but if you don’t, then you have to tell the truth about it, what it is for and what it does.

Saying “we know the EU is terrible but this isn’t a good time to leave” is simply setting a trap for yourself.

What happens if Corbyn’s Labour Party wins the next election and then finds that its path to reform is blocked by the EU — do you at that point say, “Er…sorry we didn’t mention this before, but the EU is actually a regime for imposing neoliberal austerity which we should maybe think about leaving”? Why would anyone listen to you then?

Whether you agree with his politics or not, the point is clear enough—the EU provides limited hope for meaningful changes in policy, a non-EU Britain might provide more.

As for the question of migrants, the EU has had a complicated response. Problems galore have arisen (examples here, here, and here). Clearly the future is uncertain. Considering declining birth rates, some seem to see migrants as God’s gift to Europe—assimilate them, turn them into virtually secular last men, and watch the presses continue to print the Euro. And what would that change? It’s patronizing to migrants and a dilution of the radical call of Christian discipleship. We are God’s children called beyond this world, not petty bureaucrats and conspicuous consumers!

But then there’s the clear xenophobia that has arisen in the wake of such movement of peoples. The future of all of this in a post-EU Britain is uncertain.

For my part, I prefer to question the policies, plans, and ideas that have made possible the rise of terrorism—both those active in the West and the Middle East. At any rate, we will only solve the problem by examining its roots, not merely pointing fingers at the disaffected people of East Anglia.

But, then again, I have been quite clear that my goal here is not to provide unwavering answers.

Religion. Religion is not something at home in the EU. This is not the EU’s fault; rather, the EU is an outgrowth of a secular Europe. I don’t see a future for Europe outside of renewed religious sentiment, a passion so sorely misdirected in the age of mass media. The continent must determine how to reclaim its religiosity without succumbing to that old and dangerous conflation of the ethnic and the religious. The rhetoric of “European community” is otherwise hollow.

A bit of reading about Alexandre Kojève is helpful on this point (more here and a primary source here). Again, there are no easy solutions; I merely hope to emphasize how important the connection between the secular and the European has become. A Brexit does not solve this. Lord knows most Leave-voting Britons are not incredibly devout country parsons. But the problem of religion looms large over Europe, especially for those of us who are Catholic (more interesting material here).

Well, that’s that. As I said, I promise no answers, nor solutions. My hope, rather, has been to refocus the question, to clear away some of the detritus of media coverage and to hone in on what should actually be concerning us about this oh-so uncertain future. Many have spoken—in my opinion too quickly—and in the process have left unappreciated the immensity and complexity of the problem.

No one has the answer. Kyrie Eleison. 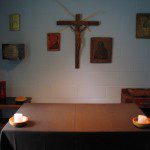 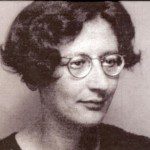 July 3, 2016 On Prayer: Thoughts from Simone Weil
Recent Comments
0 | Leave a Comment
Browse Our Archives
get the latest updates from
Jappers and Janglers
and the Patheos
Catholic
Channel
POPULAR AT PATHEOS Catholic
1