There was a time when I considered becoming Eastern Orthodox. The richness of the theology, its emphasis on mystery, the centrality of theosis—and a passion for Westerners like Eckhart and Eriugena—made “conversion” appealing, though only ever in my heart. Factors stopped me—nationalism, ethnocentrism, quibbling—hardly the antidotes to the hyper-rationalism, Americanism, and pretension I found in American Catholicism.

A talk with a priest here and a little research there quickly revealed a sad reality stirring in Orthodoxy, a self-obsession, the words “Holy Orthodoxy” bandied about as if they meant more than “sacred right belief.” I discovered many converts (whether from Protestantism or Catholicism itself), carrying a deep-seated anti-Catholicism; all too often an insularity, an anti-ecumenism, and an outright derisive view of all other Christian groups surfaced. Everything was Eastern: Augustine, Tertullian, Clement of Rome—none of these men seemed to matter. The West was pure, decadent corruption from the beginning.

My soul may have been moved more by Eastern than Western theology, but I must admit my early experiences with Orthodoxy were, without question, alienating. To make a long story short, I found the Ruthenian Catholic Church (admittedly, I am still considering whether to canonically change), whose stance allowed me to carry my reservations about the West (in both ecclesiology and theology) without breaking faith, and finding myself mired in self-righteous derision (I should add, I understand that this is not true of all Orthodox. I have quite a few devout Orthodox friends, all of whom are wonderful. I can only speak to my immediate experience; my image of Orthodoxy as solution to the problems of the West was quickly shattered).

Unfortunately, I see many of these motivations at work in the (hopefully) upcoming Pan-Orthodox Council, which is many decades in the works, and slated for later in June. Thus far the Bulgarians, Antiochians, Georgians, and Russians have withdrawn, with serious reservations from the Serbians. The hope was to bring together all 14 autocephalous churches. Ignoring the reality of past councils, many are calling for an absolute and complete consensus in order to do anything (as with all things Christian, it’s much more complicated). The problem, of course, is that each church has its own concerns. The Russians are pro-ecumenism, but have obvious political angles and concerns. The Georgians are concerned about inter-marriage (an easy enough problem to be swept away, considering how little it affects them). The Antiochians are fighting with the Church of Jerusalem over episcopal jurisdiction in Qatar. The Bulgarians are upset about the bylaws of the Council, the seating arrangement, and liturgical matters. And the Serbians are requesting a more conciliar approach. The cacophony is maddening.

I’m far from an unflinching observer when it comes to Vatican I, but given my past experience with Orthodox converts and the inanity with which these things have proceeded, I am thankful for the dynamic model of Catholic authority (primus inter pares meaning more than primacy of honor), and must admit that my faith has been strengthened by recent events, or at least the correctness of the spiritual choice I made.

And yet, I am wrong. I am wrong to ever take heart in the wheezing of one of the Church’s lungs. Because, contrary to what many Catholics seem to profess, every moment of disunity is an affront to Christ—the true fullness of the Church is found in unity, not division, and certainly not in triumphalism. Bishop Brian Farrell, secretary of the Pontifical Council for the Promotion of Christian Unity, (a would-be observer at the Council) has said as much: “In the Catholic view, Orthodoxy is the Eastern part of the Church and, as Pope John Paul often repeated, we long for the day that the Church can breathe with both lungs.”

We Byzantine Catholics want to disappear; we want the Church reunited. Hated as we might be, in a way, we cannot help but implore our Latin brethren to see this moment with as much devastation, lamentation, and compunction as we do.

And so, really, this is all very sad. That is not to say that the Council does not have problems, but it is to say that we are witnessing a sort of paralysis in a half of the Church, an impotence for which we can only implore God’s love and mercy. Our “lung” has many problems of its own (just look to the beginning of this post), though they are somewhat distinct from those currently alive in Orthodoxy. Yet, in recognizing our own sins (and in recognizing our very division as a sin), I hope that we might turn from triumphalism to charity. Make no mistake—we are witnessing a tragedy, a sad moment in the history of the Church, and we ought to pay attention; we ought to pray, to implore God’s infinite love and mercy. For we have much to learn from the Orthodox and they much from us—Kyrie eleison. 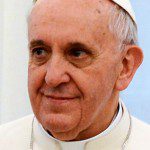 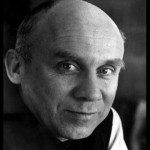 June 12, 2016 Another Shooting: Brief Thoughts on Evil from Thomas Merton
Recent Comments
0 | Leave a Comment
Browse Our Archives
get the latest updates from
Jappers and Janglers
and the Patheos
Catholic
Channel
POPULAR AT PATHEOS Catholic
1

What You're Doing When You Vaccine-Shame...
Sticking the Corners
Related posts from Jappers and Janglers