Some French Riviera resorts (along with a few other places, including a ban on full-face coverings in Germany) have begun to prohibit full-body swimwear, aimed at the Muslim “burkini,” but potentially farther reaching. As the New York Times indicates:

[T]he more important and dangerous point, Mr. Muhammad said, is that there is no legal definition of the burkini. Typically many Muslim women, who do not want to spend 40 to 125 euros for a burkini, wear a T-shirt and long pants. Some even take off their hijab, others put on a bathing cap.

He said that six Muslim women who complained to his center in the past week were asked to leave public beaches even though they were not wearing burkinis.

Bishop Nunzio Galatino has already lambasted the ban. But, here in the US, a country where Christianity and Islam are often seen as competing, incompatible forces (and we are, in some sense, competing), many might think this opposition is counter-intuitive. From a liberal perspective, the clothing might seem an impediment to individual freedom; from that of Trump, it might be argued that increased scrutiny is needed in times of extremism—we all know France has endured attack after attack.

But how have French mayors (and tacitly the Prime Minister who supports them) justified the bans? Amidst some dodging and dancing, one answer remains: laïcité—the very concept lurking behind the exile and murder of tens of thousands of religious during the French Revolution. While its first use is in the late-nineteenth century, its roots in early anti-religious violence (and law) are undeniable. As Nora Caplan-Bricker writes:

The French argument against burkinis doesn’t translate neatly into American culture. Where the U.S. largely views religion in terms of positive rights—you have the right to practice your faith—French laïcité is a negative right, guaranteeing freedom from the religious claims of others. As reporter Mimi Kirk writes at CityLab, “in France the state is shielded from religion, while in the United States religion is shielded from the state.”

This rule of French government is explicitly anti-religious in a way traditional Catholics have little business supporting. Even if we sanction the separation of Church and State to a degree, we do not believe that religion is a purely private business—to be kept only in churches or homes. The life of the Christian is not a private one, or need we be reminded of Christ’s quite public ministry?

But different Catholics might support the ban for different reasons, so let’s examine the major subspecies.

Liberals. The Catholic liberal might see this as liberation—off with the veil (though he or she might be surprised to learn that the veil was used as a symbol of liberation when the Shah of Iran was overthrown—liberation from blasé liberalism!). But ultimately isn’t the liberal stance that of choice? Who knows if a woman chooses to veil or not? Cultural pressure exists, but it also exists in traditionalist Catholic circles. Does that mean everyone who veils (even at Mass in, say, an SSPX community) is oppressed? The area is far too gray to warrant invoking a powerful secular state with a track record of anti-religious discrimination.

Further, U.S. Catholics, many of them anyway, are notoriously suspicious of the government for good reasons (example) and bad reasons (example). Yet, for these conservatives, here, xenophobia meets the idolatry of limited government—a choice must be made. Even among Islamo-suspicious Catholics, then, the vote must be cast against laïcité, even when it’s being used against the “enemy” (and do we really believe these laws will do anything but support Jihadist narratives of “exclusion” and a “war on Islam?”). If one really desires a smaller government, then the choice is clear.

I also think of Catholic traditionalists. Now, I know girls who veil at Mass and wear bikinis; it’s not unheard of. But I imagine many a traditionalist prefers  to be in something more modest while at the beach (an Orthodox Jewish swimsuit perhaps? Or how about a bikini made by Hasidic Jews?). The unclear regulations could very easily affect non-Muslim beachgoers, should local officials decide to enforce the full letter of the law. And even if they do not—why should such secularism be supported in its war on that old traditionalist bastion: modesty?

In short, supporting the ban, for Catholics of all stripes, makes very little sense. It violates not only something central to Catholicism as a whole but also the particular interests of our various subgroups. Pick your hobby horse—either way the bans are wrong. 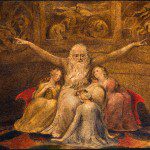 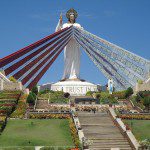